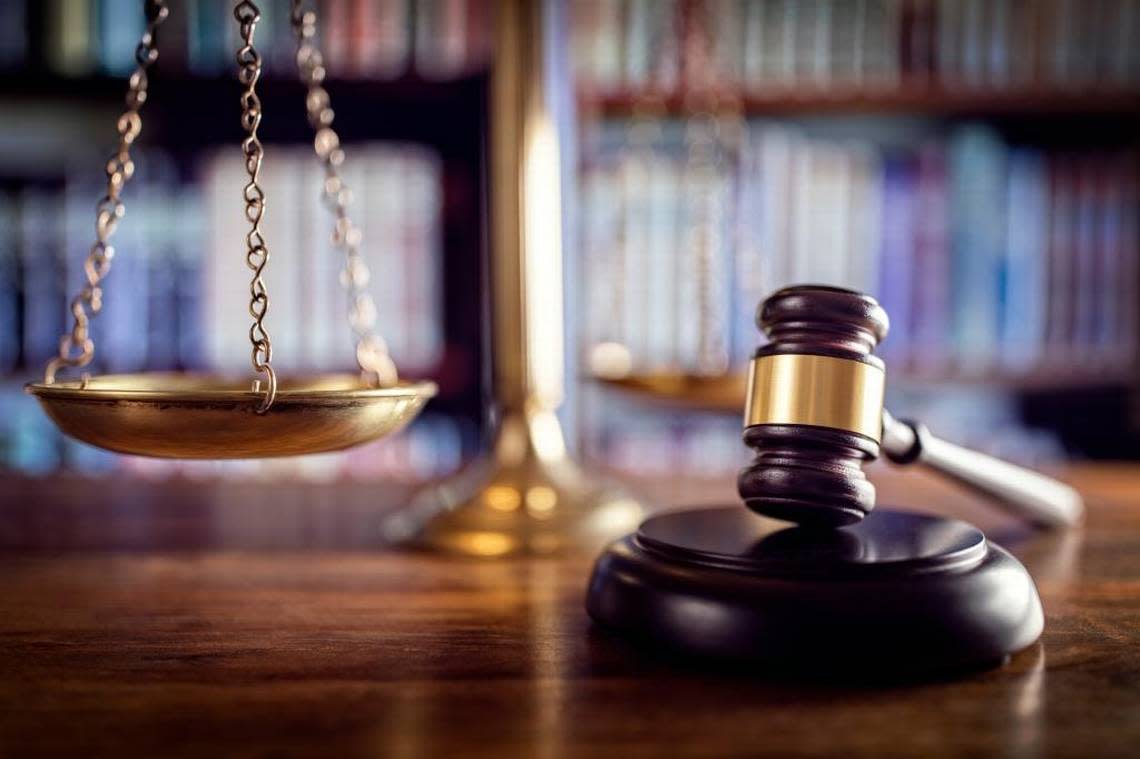 A Lexington woman and an Indiana man will each spend more than a decade in prison after entering pleas to sex crimes against a child.

Crystal Annette Secrest and Patrick Christopher Noble were both sentenced in Fayette Circuit Court Friday after pleading guilty in the same case; Secrest was accused of forcing the victim to perform oral sex on Noble repeatedly. Judge Thomas L. Travis, who sentenced Secrest to 16 years in prison and Noble to 18 years in prison on Friday said the case was a “very disturbing situation.”

“I must say this is one of the more disturbing things that I’ve had the occasion to see and read about while I’ve been here on the bench,” Travis said prior to imposing Secrest’s sentence.

Noble was transported to Lexington from Monticello, Ind., in March 2019 after being arrested in Monticello, according to court records. Investigators wrote in court records that the victim told a babysitter about the abuse.

The victim said the sexual abuse happened repeatedly in Lexington and Indiana, according to court records.

Noble, 56, entered an Alford plea to the charge of sodomy. An Alford plea indicates a defendant doesn’t admit guilt but acknowledges there is enough evidence against them to be convicted in a jury trial. Noble on Friday adamantly claimed his innocence.

“I know you want to see remorse, but I can’t give you remorse for something I didn’t do,” Noble told Travis in court Friday. “But I do feel remorse for the victim. I think something did happen to her at some point.”

Noble’s wife, Rosa Noble, also spoke to Travis in court Friday in an attempt to defend her husband.

“I would like the court to know that I support my husband 100 percent and I know he’s not perfect, but this I know he did not do,” she said.

Noble was credited for more than 1,000 days already served in jail. More than 15 years remain on his prison sentence. He’ll also have to be a registered sex offender. His attorney, Shannon Brooks-English, indicated in court an appeal is planned.

Secrest, 32, pleaded guilty to promoting a sex performance by a minor, facilitating sodomy, possessing or viewing child pornography, endangering a minor’s welfare and fourth-degree assault, according to court records.

Secrest entered an Alford plea to the charge of facilitating sodomy. She was credited for more than 1,000 days she has already served in jail. She’ll still have more than 13 years remaining on her prison sentence after Friday’s hearing.

“We wouldn’t say anything to minimize the impact here today,” Tracy said in court Friday. “We understand the serious nature of the offense. It’s something that Ms. Secrest has struggled with from the beginning and grappled with and spent a lot of time reflecting on.”