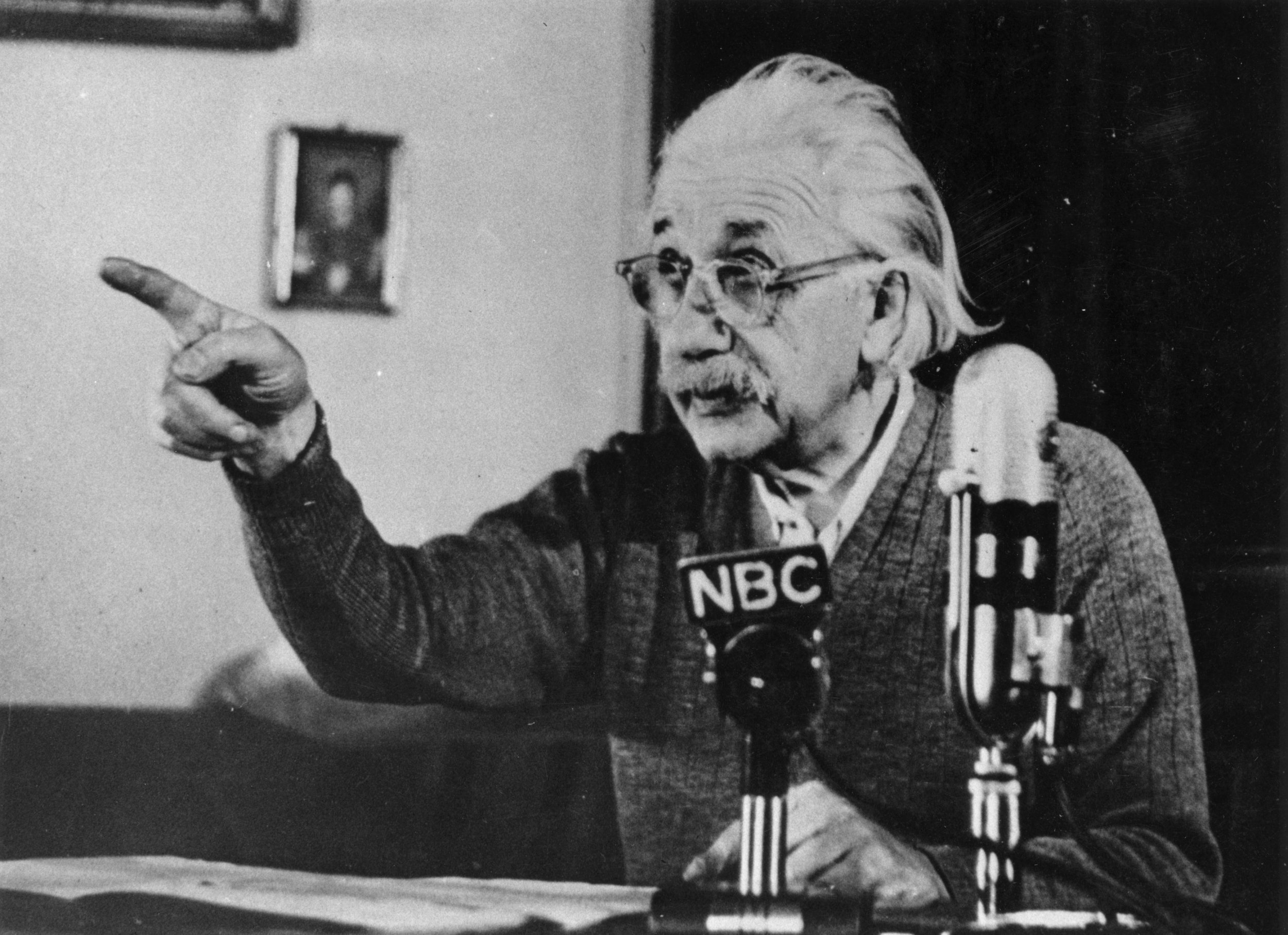 Albert Einstein arrived into the science community from nowhere, when he famously refuted Cambridge mathematician Lord Kelvin’s 1900 assertion: “There is nothing new to be discovered in physics now. All that remains is more and more precise measurement.”

With four papers written when he was a 26-year-old Swiss government clerk, Einstein revolutionized much of what other experts thought they knew about astrophysics.

One of the papers’ most famous quotes found Einstein proposing “the velocity of light is independent of the motion of the light source,” which would eventually form the basis of his Special Theory of Relativity, which went on to be distilled into the theorem E = mc2.

But while very few scientists before or since have contributed more to uncovering the universe’s secrets than the German-born theoretical physicist, even this was genius was not right about absolutely everything.

Einstein predicted violent events, such as the collision of two black holes, create ripples in space-time known as gravitational waves, with his seminal 1936 paper “Lens-Like Action of a Star by the Deviation of Light.”

For a while, Einstein was “convinced” they didn’t exist even though his own theories predicted them, astronomy author Colin Stuart told Newsweek.

“He also wrote a seminal paper on gravitational lensing but said it was an effect we would never be able to see.

“Now we routinely use it for all sorts of astronomical work, from evidence for dark matter and finding alien planets.”

Einstein was so far ahead of his time, it was only in 2016 that the Laser Interferometer Gravitational Wave Observatory announced it had detected such a signal for the first time.

Einstein had a long career and so the great scientist can be forgiven for occasionally failing to keep abreast of current thinking or developments in this fast-moving and complex field.

One of his more understandable mistakes was not accepting the truly bizarre yet puzzlingly coherent theory of quantum mechanics.

This fundamental theory in physics offers a description of the universe’s physical properties at the subatomic scale.

Quantum mechanics involves mind-bending rules with particles that are also waves and that seemingly exist nowhere until they are observed.

However, Einstein stubbornly refused to believe such an apparently illogical layer of reality could exist.

Instead, he for decades futilely worked on a unified field theory to describe all the forces of nature and to demystify the quantum world.

Describing Einstein’s “struggles” with unifying forces Stuart said: “He was quite pig headed about it and refused to move with the times.”

Professor J. T. Janssen, Chief Scientist at the National Physical Laboratory, said Albert Einstein “struggled” with the implications of quantum theory which he largely helped develop at the beginning of the last century.

“One of the strangest phenomena of quantum theory is the concept of entanglement,” the professor told Newsweek.

Entanglement occurs when at least two particles are created in a joint quantum state.

The NPL scientist said: “No matter how far apart these particles are, they remain somehow connected and a measurement of the properties of one instantly determine those of the other.”

He added: “This violates classical mechanics and Einstein didn’t accept it. He made his famous statement ‘Spooky action at a distance’ and concluded that we didn’t fully understand quantum mechanics and that there must be an explanation for this.

“However, no experiment has been done which has disproved the concept of entanglement—today it forms the basis of many novel quantum technologies such as quantum computing and quantum communications.

“Nevertheless, Einstein’s skepticism led to more and more detailed theories and experiments to prove or disprove the concept of entanglement and greatly contributed to the understanding of this concept.”

In 1917, Albert Einstein added a positive cosmological constant to his equations of general relativity to counteract the attractive effects of gravity on ordinary matter.

Colin Stuart thinks attacking the concept of a static, spatially finite universe to either collapse or expand forever, meant Einstein was “right for the wrong reasons.”

He said: “Thinking our universe was fixed in size, he introduced something into his equations of relativity to counteract gravity and stop the universe from expanding. It was called the cosmological constant.

“When astronomers later discovered that it was expanding after all he called it ‘his biggest blunder’.

“Except now it’s firmly back on the table again. In the 1990s astronomers discovered that the expansion of the universe appears to be accelerating away.

“Something is opposing gravity after all and winning that fight. We call it dark energy and one possible candidate for dark energy is Einstein’s once discarded cosmological constant.”

Einstein dismissed the notion nuclear power may eventually play a key, albeit still controversial, role in generating energy, declaring in 1934 “there is not the slightest indication” atomic energy would ever be possible.

Colin Stuart said: “Ask anyone to name a scientific equation and I’d lay a large wager they would say ‘E = mc2.'”

This deceptively simple equation sits at the heart of approximately 400 nuclear power stations around the world, which some believe can help tackle the world’s reliance on carbon-based energy generation.

Stuart added: “The trouble is that converting mass into energy is a very hard thing to do. So hard that Einstein believed it would never be a viable power source.

“Yet converting mass into energy is exactly how a nuclear power station works.”