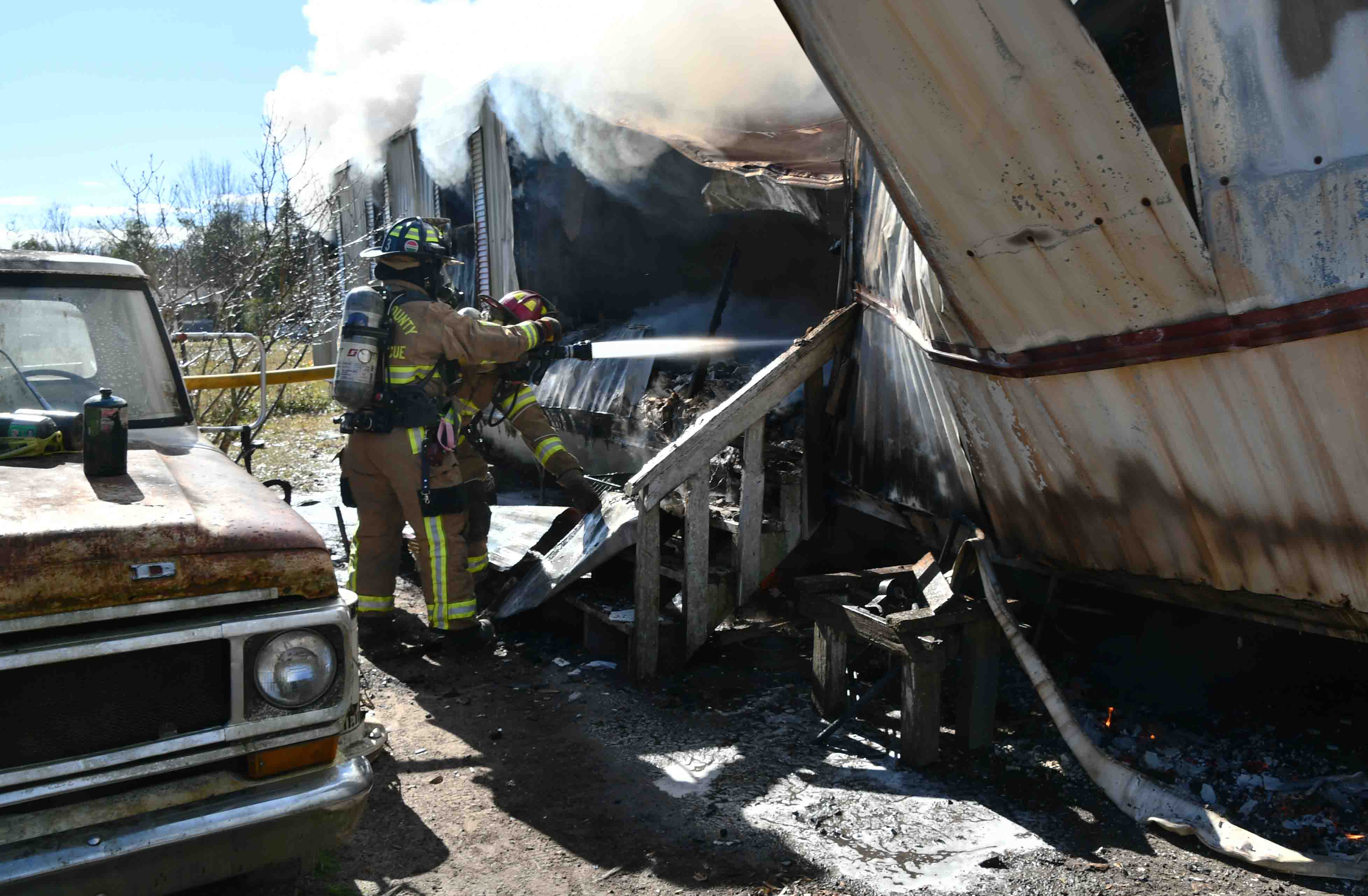 A South Carolina man died after he was refueling a heater with kerosene inside his home and it exploded on Wednesday afternoon.

The Colleton County Fire Department received reports that neighbors heard an explosion and saw fire and smoke coming from the residence in Green Pond, about 40 miles west of Charleston.

According to a statement released by CCFR, when they arrived they found the man “on fire in the front yard.” The man’s name has not been released.

Fire and rescue used buckets of water to extinguish the man but when crew members got closer they found that the man had suffered severe burns and showed “no signs of life.” However, two dogs survived the fire. Police believe the fire started after the man was attempting to refill a heater with kerosene.

CCFD arrived at the home at approximately 12:15 p.m. and found the single wide mobile home 75 percent impacted by fire and the roof in the middle collapsed. It took firefighters about 10 minutes to extinguish the fire but they were on the scene for a total of two hours, according to a statement.

According to CCFD, the home had no working electricity and was being heated solely with kerosene heaters.

With temperatures dropping around the country, fire officials are warning people to be careful while using space heaters.

U.S. Consumer Product Safety Commission advises people using a space heater to never refuel a heater inside the home. It is recommended that people fill tanks outdoors and away from any combustible materials.

Additionally, people are advised to refill the tank only after the heater has had time to cool down and is not in use. It is also dangerous to refuel the tank above the “full” mark because it can cause a leakage when the heater is in use.

While running a kerosene heater is oftentimes cheaper than using electricity to get heat, low levels of carbon monoxide and nitrogen dioxide are produced.

In order to avoid unhealthy exposure, experts recommend leaving the door open to the rest of the house. If that’s not possible, individuals can open a window about an inch to allow for better ventilation.

The New York State Fire Commissioner recently announced that the Bronx fire that tragically killed 17 people, including eight children, was caused by a malfunctioning space heater.

Now, local and state leaders are discussing how to enforce better fire safety laws to prevent further incidents. In an interview with MSNBC, U.S. Rep. Ritchie Torres explained that the building involved was an affordable housing development.

The Bronx fire that occurred Sunday is among one of the deadliest fires in New York City history. In addition to 17 deaths, more than 60 people were left injured, including 32 who sustained life-threatening injuries due to smoke inhalation.

An investigation into the fire is still ongoing.