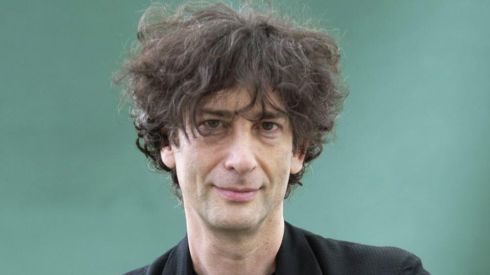 One went into a spin as he was making a boardroom presentation to a company whose chief executive interrupted to tell him his ideas were insane.

One panicked after being assigned to a merger and acquisition project and realising her business background was so meagre she had no clue what the term “due diligence” meant in the world of M&A. Another penned what he was sure was an excellent memo for a client, only to learn it was so off-beam it needed a comprehensive rewrite.

Who, you might wonder, are these knuckleheads? As it happens, they are all successful partners at McKinsey, one of the world’s oldest and best known consulting firms.

Each joined the famously picky outfit more than 20 years ago and all have contributed to something McKinsey calls “My Rookie Moment”, a series of internal videos with senior leaders that the firm began posting on its website this year to help new hires learn the ropes.

They are meant to be instructive tales on how to overcome painful early career experiences. Some partners talk of how they survived the first brutal internal feedback on their performance. Others reveal how they dealt with a disagreeable client, or an older colleague correcting their work. In short, they sucked it up and learned from it.

At a time when the pandemic has stranded younger workers in offices emptied by older colleagues working from home, the videos strike me as a ploy other businesses could usefully copy, especially if they are as straightforward as the one done by Dymfke Kuijpers.

She is a senior partner in McKinsey’s Singapore office who joined the firm in 1999 and leads its grocery work globally. As she tells it, when she came back to work after having her first baby, she felt as if she had forgotten how to do her job and was so “totally, completely clueless” that she should think about quitting.

Then she got some advice that she now dishes out herself: “Don’t take any decision that is of any relevance in the first nine months after having a baby.” Getting back in the work saddle happens faster than you might think.

This is helpful, as is the overall message that one can, up to a point, muck up without losing one’s job.

I wish the first companies I joined had offered such tips. It might have eased the gut-twisting moment I still recall from my twenties when, having mangled the spelling of an important person’s name, my boss roared at me to “read through what you’ve written before you file it!”

I did exactly that for many years and I would like to say that, from then on, I never made another blunder. Inevitably I did, as we all do, which is why I think efforts like the McKinsey videos would be far better if they included bungles made by veterans, not just rookies.

Failure is so obviously a better teacher than success that it is a cliché to mention it. Business books regularly advise that blame-free cultures, where mistakes are acknowledged, help boost productivity and innovation.

One of the most quoted lines that Neil Gaiman, the best-selling author, has ever written comes from a commencement speech he made at Philadelphia’s University of the Arts in 2012: “If you make mistakes, it means you’re out there doing something.”

Yet constructively discussing how and why errors occur happens far too rarely. Google is an exception. It developed a formal postmortem system years ago to encourage engineers to talk openly about glitches or breakdowns it hoped to avoid in future. The company’s founders, Larry Page and Sergey Brin, visibly backed the idea in big, all-hands meetings.

Perhaps it is naive to expect such openness to spread in an age of remorseless litigation, shareholder pressure and social media shaming.

But learning from failure does not require a company to endure anything as brutal as the collapse of Enron, or indeed the string of recent crises at McKinsey, which this year agreed to pay millions of dollars to settle claims its advice helped to fuel the lethal US opioid epidemic.

What it does need is a deep sense of confidence and trust, qualities that are easy to talk about, hard to build and impossible to fake. – Copyright The Financial Times Limited 2021