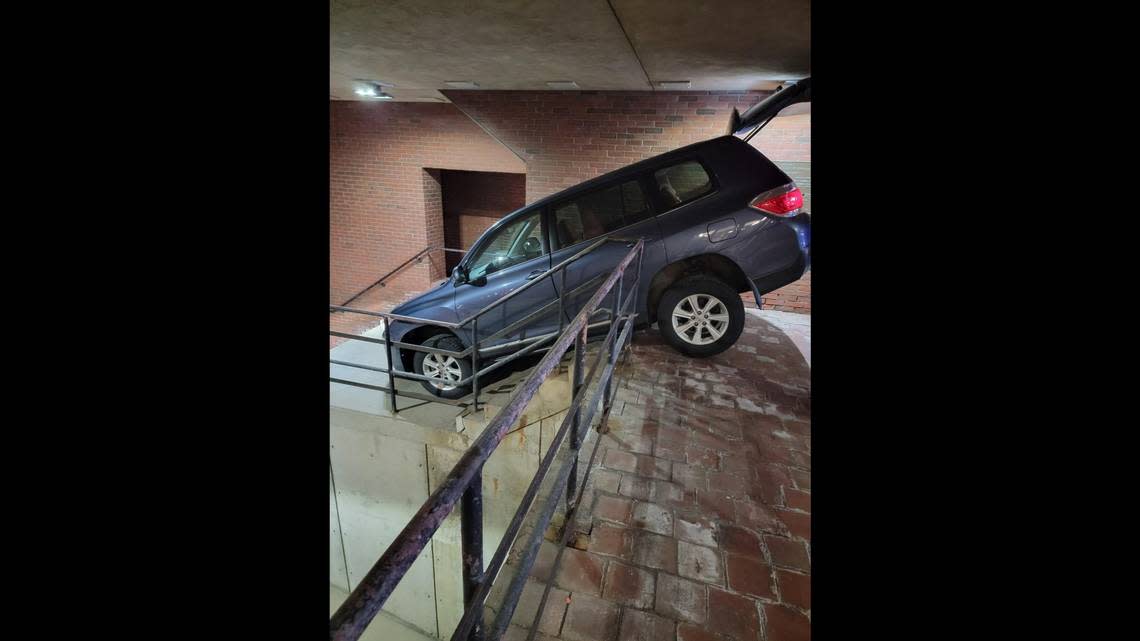 A lady accused of driving drunk blamed her GPS for her try to drive down stairs at a police station, cops said.

The 26-year-old drove by means of the police division’s storage and throughout its “pedestrian plaza” in Portland, Maine, the Portland Police Division said in a Fb publish on Saturday, April 30.

She then tried to drive her SUV down a flight of stairs to get to the road, police said.

The lady advised officers that she was following directions from her GPS, in accordance to police.

“But responding officers felt it was her excessive blood alcohol level,” the police division wrote.

The driver, who was not named, was “issued a summons for OUI.”

“We are fortunate that she didn’t strike anyone and this ended with just a small amount of property damage,” police said. “Please don’t drink and drive.”

No different details about the incident had been launched as of Sunday, Might 1.

Portland is about 56 miles southwest of Augusta.