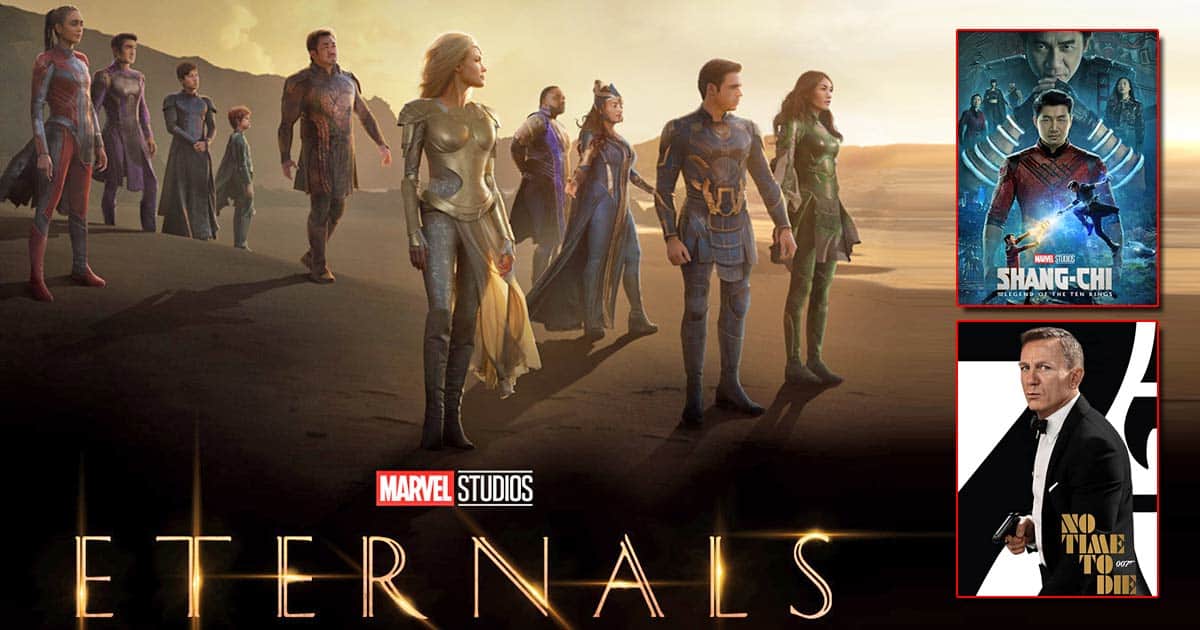 Eternals Box Office: Yet another Marvel movie has done it. In just 3 days, it has done far better business than the entire first week total of two of the better running Hollywood movies in India this year, No Time To Die and Shang-Chi And The Legend Of The Ten Rings. While these films collected in the range of 15-16 crores in their Week One, Eternals has surpassed this and brought in even more in just 3 days, what with 19.15 crores coming in. The film collected 6.05 crores on Sunday and that has pushed its total quite close to the 20 crores mark.

The film’s best day was of course Friday when it had netted 7.35 crores. Post that though there has been a dip in numbers, it is on the expected lines since Diwali day is anyways expected to be the best of the lot for any new release. Moreover, let’s also consider the fact that on a pan-India level, Sooryavanshi is anyways bringing in audiences in hordes. As a result majority of those who wanted to venture out only once over the weekend are expected to choose Sooryavanshi, while in South it would be Annatthe.

In such a scenario, for a Hollywood biggie to still secure enough footfalls that allow a weekend total in the vicinity of 20 crores is no mean deal. Moreover, the film also introduces a bunch of new superheroes and hence it was the charm of the brand [Marvel] rather than a franchise per se [like Avengers] which had to do the trick.

All eyes are now on how far does the film go from here, though it looks like a 40 crores lifetime is there for the taking. Once that happens, this would be a well grossing Hollywood movie in India since a really long time.

Note: All collections as per production and distribution sources

Must Read: Eternals Director Chloé Zhao Wants A Marvel-DC Crossover But Feels “It’s Not Good For Us”