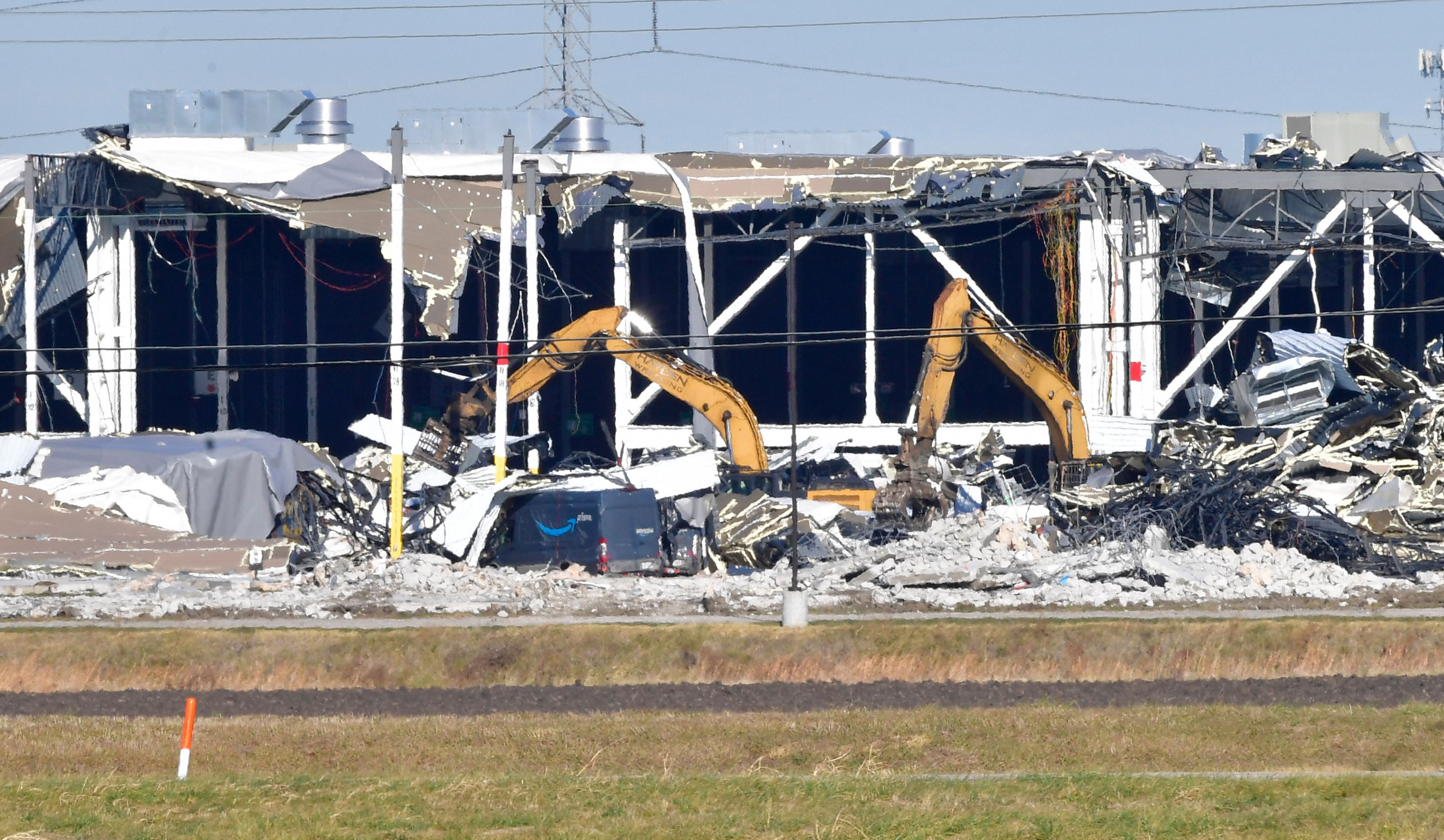 Details continue to emerge about the employees at the Amazon warehouse in Edwardsville, Illinois, after the building’s roof collapsed amid historic tornadoes.

One of the six employees killed in the collapse was identified on Sunday as cargo driver Austin J. McEwen, 26. Coworkers confirmed that McEwen died while attempting to shelter in place with other employees in a bathroom.

“He was my friend and he didn’t make it,” said Brian Erdmann, another employee at the warehouse who’d been out making deliveries. “If I would have got back 45 minutes earlier, I probably would have been at the same place. I would have been right there with him.”

Reuters reported that workers at the warehouse gave conflicting stories about whether or not the bathrooms were officially designated shelter-in-place locations. Amazon did not comment on the matter when pressed by the outlet.

“Our team worked quickly to ensure as many employees and partners could get to the designated Shelter in Place,” Amazon said in a statement to Reuters. “We thank them for everything they were able to do.”

Coworkers described McEwen as an only child who enjoyed the music of rapper Mac Miller and liked to go hunting with friends.

Also highlighting the randomness of the tornado’s impact is the story of Gina Wills, 27. Wills was working her first day as a third-party delivery driver for Amazon on Saturday. Near the end of her day, she heard tornado-warning sirens while attempting to make her final deliveries. Her dispatcher told her to finish her deliveries and get back to the Edwardsville warehouse, according to the St. Louis Post-Dispatch.

Wills might have been present for the warehouse’s collapse had she not been delayed trying to help a fellow driver, who had gotten locked out of a van.

“It was chaos last night,” Wills told the Post-Dispatch. “I was frustrated with the deliveries and packages and everything. And then it got dark. And then I heard the sirens going off, and I’m like, ‘OK!’ But I keep thinking, that could have been me inside that building.”

In a statement on the situation, Amazon founder Jeff Bezos pledged the company’s support to those in the area affected by the tornado.

“The news from Edwardsville is tragic,” he tweeted on Saturday night. “We’re heartbroken over the loss of our teammates there, and our thoughts and prayers are with their families and loved ones. All of Edwardsville should know that the Amazon team is committed to supporting them and will be by their side through this crisis. We extend our fullest gratitude to all the incredible first responders who have worked so tirelessly at the site.”