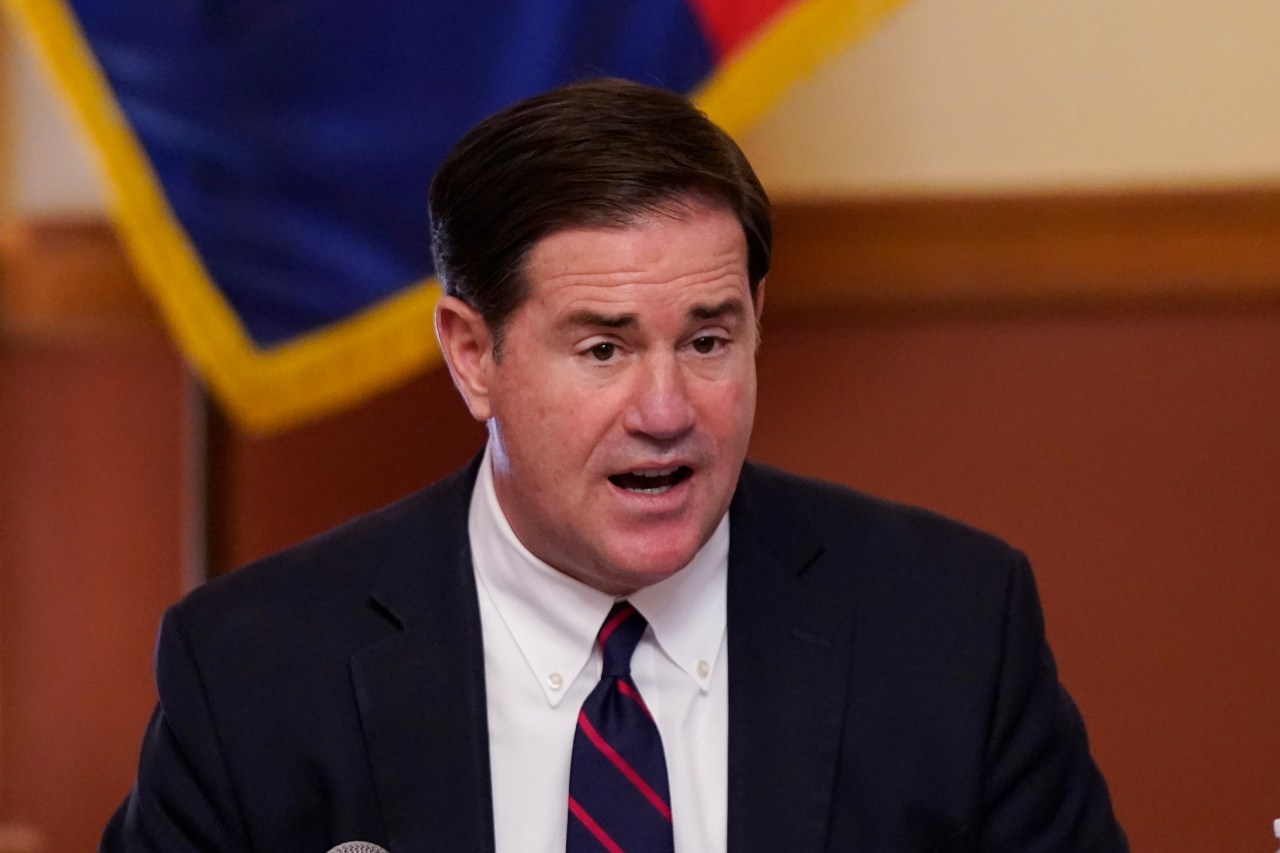 EL PASO, Texas (Border Report) – The governor of Arizona welcomed Department of Homeland Security Secretary Alejandro Mayorkas to the border by calling on him to resign.

In a series of tweets during the secretary’s Wednesday visit to Yuma, Arizona, Gov. Doug Ducey said Mayorkas needs to be held accountable for “his failure to protect the border” and uphold the rule of law. He was referring to the record number of unauthorized migrants coming across the southern border, as per U.S. Customs and Border Protections stats.

“I’m calling on Mayorkas to step down and step aside. He has failed Americans in his role as Homeland Security Secretary — he even admitted the border is the worst it’s been in over 20 years,” Ducey tweeted.

The governor also referenced strong feedback that Mayorkas reportedly received from U.S. Border Patrol agents in Yuma upset by a lack of resources, a recent flood of migrants through the sector and a perception that the Biden administration is painting them as “the bad guys” in the immigration debate.

“From what I hear, the Border Patrol Agents were honest with Mayorkas about what’s happening at our southern border. And the truth hurts,” Ducey said.

Mayorkas is on a three-day tour of the border. He arrived in El Paso early on Thursday and was greeted by protesters outside the nearby Clint, Texas, Border Patrol Station.

“We are here on behalf of Border Patrol agents who are fed up with the way this administration is allowing lawlessness to run rampant and endangering Americans’ lives. We are here to show support for what the Border Patrol does,” said Irene Armendariz Jackson, the wife of a recently retired agent.

The secretary did not speak publicly in Yuma on Wednesday or in El Paso early Thursday, but he tweeted about a DHS plan to make available 20,000 non-agricultural H-2B visas for skilled foreign workers during fiscal year 2022.


Visit the BorderReport.com homepage for the latest exclusive stories and breaking news about issues along the United States-Mexico border

“We are providing employers with the resources and support needed to sustain their businesses while expanding lawful pathways to the United States,” Mayorkas tweeted.

Border Report asked DHS for access to Mayorkas visit but was told to stay tuned to official social media postings.