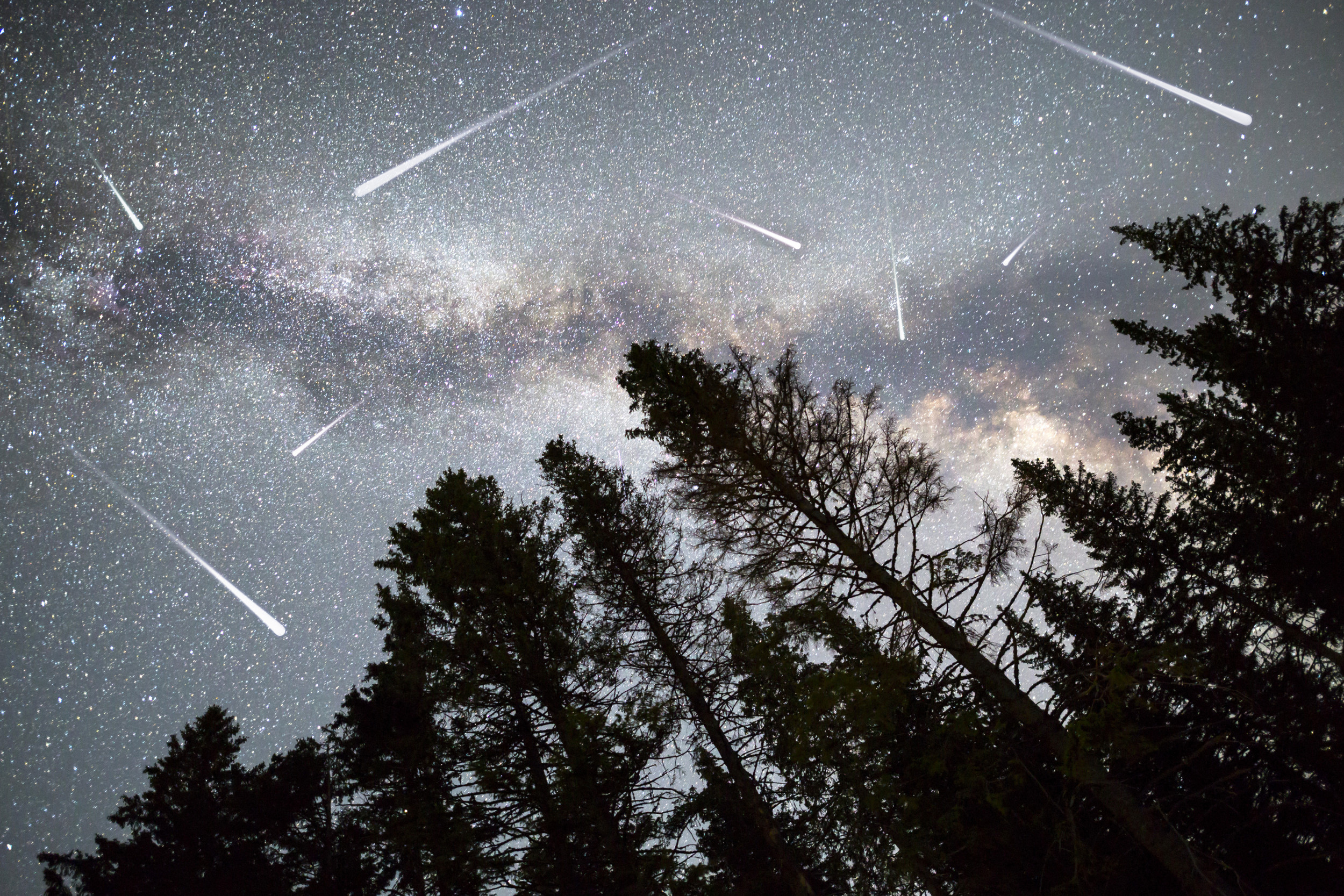 This year’s annual Geminids meteor shower will peak on Monday night and Tuesday morning. The meteor shower occurs between December 4 and December 17 in 2021, with its most intense activity this week.

Usually one of the most spectacular meteor showers of each year, the Geminids can produce as many as 150 meteors per hour when viewed from a suitably dark site, away from any bright lights, according to the Planetary Society.

The meteor shower will be visible in both the northern and southern hemispheres, but NASA says that it will be seen at its best in the north. Due to the fact that the moon is almost full and up for most of the night, visibility will be reduced. This means that a more realistic number of meteors this year is closer to 60 meteors per hour.

The bright moon is expected to set at around 2 a.m., leaving stargazers around two hours to observe the meteor shower. That means that observing the skies from moonset until twilight on Tuesday, December 14, should reveal the most meteors.

“Rich in green-colored fireballs, the Geminids are the only shower I will brave cold December nights to see,” said Bill Cooke, the head of NASA’s Meteoroid Environment Office, located at the Marshall Space Flight Center in Huntsville, Alabama.

For those not willing to brave the cold night and early morning, NASA will broadcast a live stream of the shower’s peak on its Facebook NASA Meteor Watch page. The broadcast starts at 9 p.m. ET.

Videos of the meteor shower will also be posted to the All Sky Fireball Network in the morning, identified by the label “GEM.”

NASA adds that because the Geminids, which get their names from the fact that they appear brightest from the direction of the constellation Gemini, start at around 9 p.m. to 10 p.m., it’s a great opportunity for younger skywatchers to catch a meteor shower.

Debris Shed by an Asteroid

Whereas most other meteor showers experienced as Earth orbits the sun are dust and particles left behind by comets as they pass our star, the Geminids possibly arise from the debris shed by an asteroid.

Asteroid 3200 Phaethon orbits the sun once every 1.4 years and is the subject of some discussion as it has the orbit of an asteroid and resembles one, but has been seen to shed material from its surface like a comet.

That means 3200 Phaethon is possibly a “dead comet”– one that has lost its tail as the result of its frozen water, carbon dioxide, methane, and other volatile elements being exhausted. Another alternative is that Phaethon is a new type of object called a “rock comet.”

NASA says that regardless of the nature of Phaethon, it creates a denser cluster of debris than those that lead to other meteor showers.

This means that the fragments can get as deep into the atmosphere of Earth as just 29 miles above its surface. The fragments that make up most of the other less dense meteor showers burn up much higher in Earth’s atmosphere, making them less visible.

The Geminids enter the atmosphere at around 78,000 miles per hour, or about 50 times the speed of a jet fighter and 40 times the velocity of a bullet fired by a rifle.