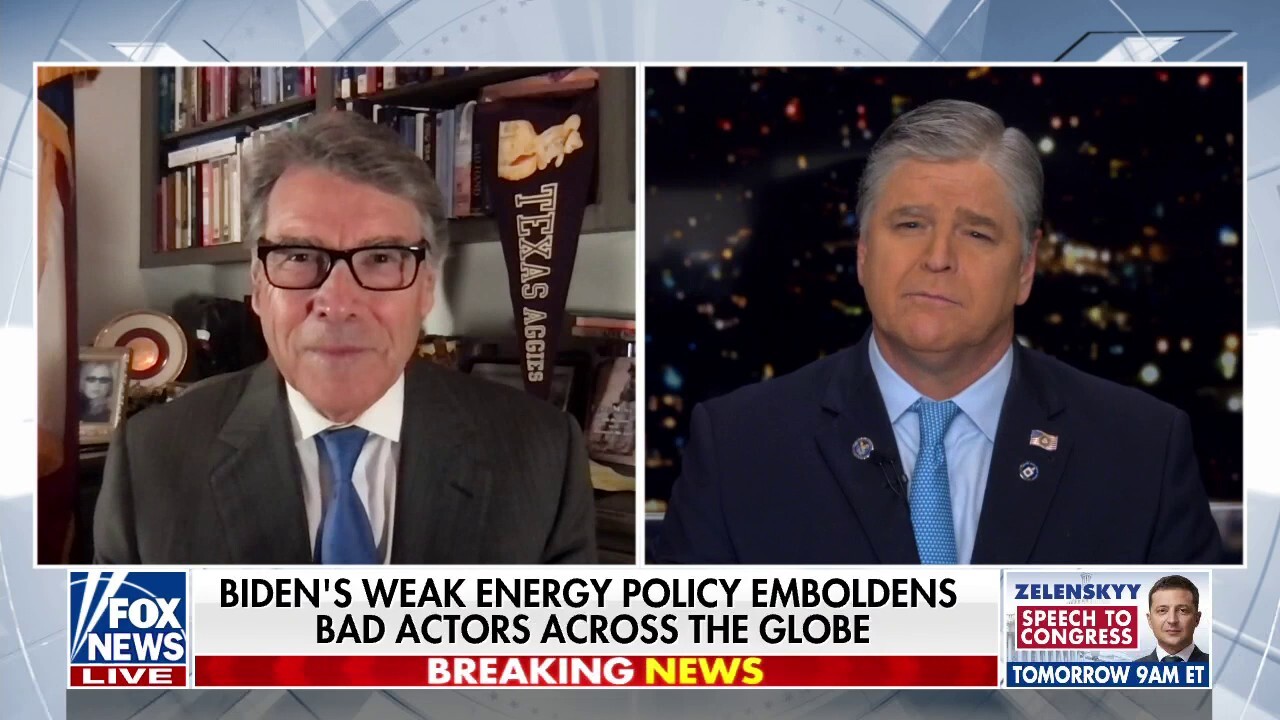 Tuesday on “Hannity,” former Power Secretary Rick Perry mentioned that President Biden’s administration “truly is willing to put the world in jeopardy to send a message to his buddies on the political side of things that he’s going to hold firm for them on this climate change issue.”

“He really dislikes the oil and gas industry so much that he’s willing to jeopardize not just our future, but the future of our allies around the world. It is unconscionable,” added Perry.

“The idea that we were – our country, led by our president – going to Venezuela, going to Iran, going to countries that hate us and asking them to increase their [energy] production wasn’t lost on the Saudis. They watch that, they see a president who attacks the natural resources in their country, and then they see this president go and deal with the Iranians,” Perry mentioned.

Perry famous that Iran “hates” Saudi Arabia and instantly conflicts with the Saudis each day. Iran even attacked a Saudi refinery whereas Perry served as vitality secretary, he mentioned.

“This message from the Biden administration to the rest of the world, but particularly to the woke left, that I’m going to do what you demand me to do, which is bring the oil and gas industry to its knees. That message is being heard loud and clear from the boardrooms across America to the federal reserve, all across this country,” Perry mentioned.

The US has “an enormous amount of energy” accessible, he added.