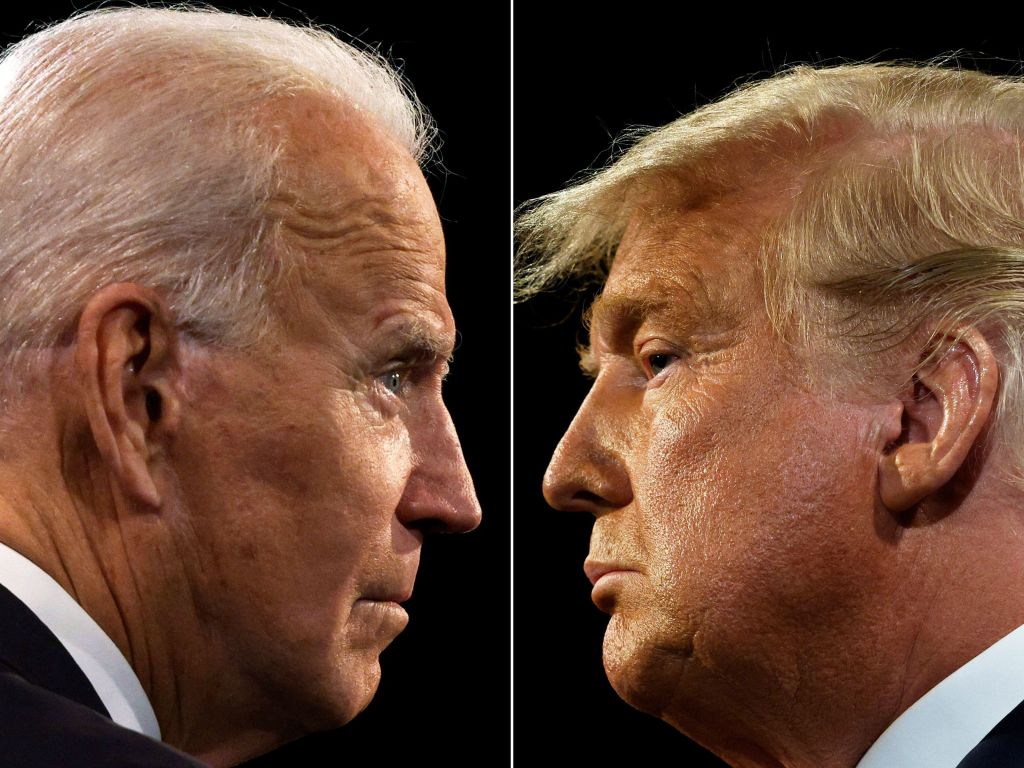 After President Joe Biden‘s approval rating plummeted over the course of 2021, the commander-in-chief is starting out the new year trailing former President Donald Trump by nearly 5 points in a hypothetical 2024 matchup, according to an average of recent polls.

Biden, 79, and the White House have said multiple times that the president plans to seek another term in the 2024 election. Although Trump, 75, has repeatedly hinted at the possibility that he will again run for the Republican nomination in the next election, he has not officially confirmed his future political plans. However, polling suggests the former president would be well-positioned to defeat the current president.

An average of recent polls compiled by Real Clear Politics shows Trump leading Biden by 4.8 percentage points. About 46 percent of voters support the former president and just 41.2 percent back the current occupant of the White House. The polls included in the average were conducted between November 3 and December 19.

The most recent survey included in the average (conducted from December 17 to 19 by InsiderAdvantage) shows Trump ahead by 8 points. The former president was backed by 49 percent of registered voters while Biden was supported by just 41.

A Harvard-Harris poll included in the compilation shows Trump ahead by 3 points. That survey, carried out between November 30 and December 2, has Trump at 48 percent and Biden at 45 percent.

In total, seven separate polls are part of the Real Clear Politics average. Biden narrowly leads Trump in just one, conducted by the Wall Street Journal from November 16 to 22. That survey found that the current president was supported by 46 percent of registered voters compared to 45 percent who prefer the former president.

In December, Biden confirmed again to ABC News that he plans to seek re-election, despite his low approval rating and widespread speculation that he may step aside to allow a younger candidate to run. He suggested that Trump entering the race would make it even more likely for him to seek a second White House term.

“If I’m in the health I’m in now, if I’m in good health, then, in fact, I would run again,” Biden said. He later added: “Why would I not run against Donald Trump if he were the nominee? That would increase the prospect of running.”

Reporters and pundits have repeatedly asked Trump whether he plans to run again for president in 2024. Although he has not yet given a straight answer, he has suggested that his supporters will be “very happy” about his decision. Last week, Senator Lindsey Graham, a South Carolina Republican and prominent Trump ally, predicted that Trump would have good chance of winning if he launches another White House bid.

“It is his nomination if he wants it,” Graham told Fox News. “And he will be in the White House in 2024 if he runs a disciplined campaign.”