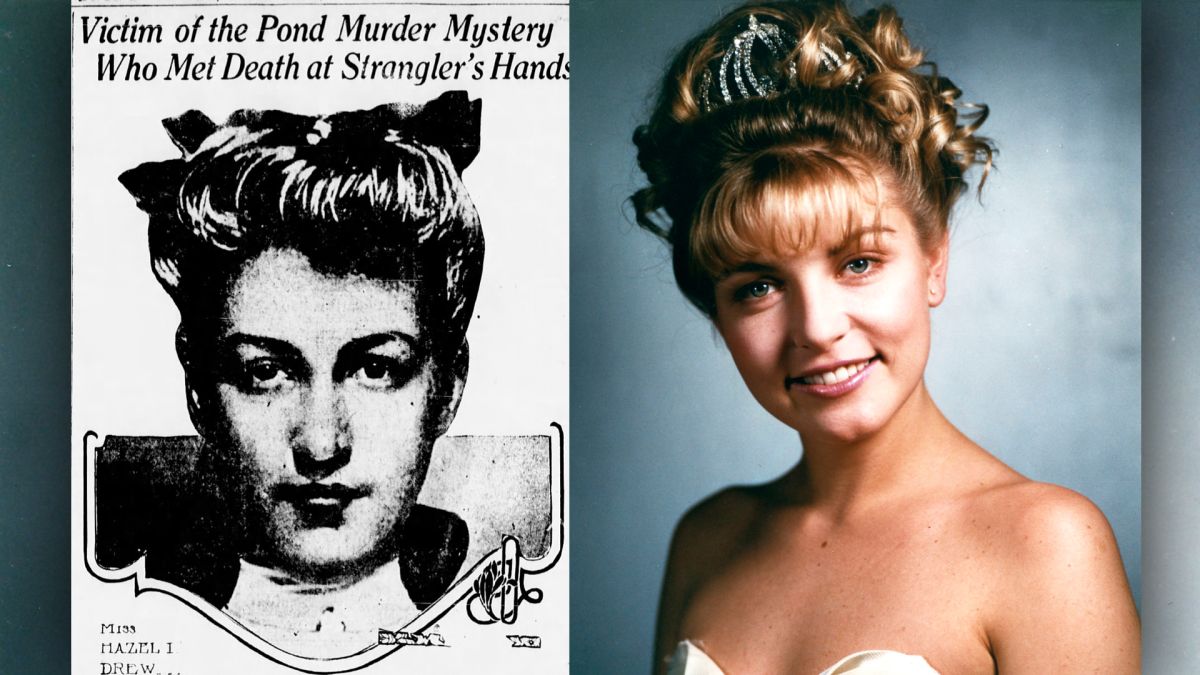 An unsolved homicide in 1908 that sent shock waves across upstate New York was so chilling that nearly a century later it inspired the story of doomed Laura Palmer in the TV series “Twin Peaks.”

Like the fictional Palmer, 20-year-old Hazel Drew was brutally killed under mysterious circumstances. She died on July 7, 1908, and her body was discovered floating in a pond on July 11. And the deeper that investigators probed into her background and habits, the more convoluted the mystery became.

Authors David Bushman and Mark Givens recently revisited that very cold case in their new book “Murder at Teal’s Pond: Hazel Drew and the Mystery That Inspired Twin Peaks” (Jan. 1, 2022, Amazon Publishing). Their reconstruction of the crime and its aftermath revealed numerous contradictions about the possible identity of Drew’s killer — and about Drew herself — in the days leading up to her death and in the inquest that followed it.

“Twin Peaks” co-creator Mark Frost heard about Drew when he was a young boy visiting his grandparents at their Upstate summer home, about 20 miles (32 kilometers) from Troy, New York. Frost’s grandmother transfixed him with a ghost story, mentioning a dead woman who was found floating in a nearby pond; the image stuck with him and resurfaced years later in “Twin Peaks,” Frost wrote in a forward to the new book.

Bushman and Givens learned of the tale in 2013, when Frost mentioned it at a “Twin Peaks” retrospective held at the University of Southern California; intrigued by the unsolved mystery, Bushman and Givens decided to delve into historic archives in the Troy, New York vicinity and see what they could find out.

However, Frost didn’t recall many of the details of Drew’s death and he initially remembered the murdered woman’s name as “Hazel Grey,” so when Bushman and Givens first looked into her story they found no corresponding records, Givens told Live Science. They later realized that the details of the murder matched accounts of “Hazel Drew” who was killed in Taborton, a hamlet in the town of Sand, Lake New York. They paid their first visit to Sand Lake in 2016, and the puzzle pieces of Drew’s life and death started to fall into place, Givens said.

But without the benefits of modern forensic science, such as DNA analysis, the 1908 investigation hit a brick wall, Bushman told Live Science. Officials did the best they could with whatever clues they could glean from physical evidence and accounts from people who knew Drew’s habits or who saw her during the last days of her life. The results from those investigations raised more questions than they answered, the authors wrote.

Drew came from a poor family, and from the age of 14 she worked as a domestic servant for a total of three wealthy, important men in Troy, New York.

“These were three extremely powerful, politically connected people, two of whom ran for mayor and one of whom was the city engineer,” Bushman said. But Drew unexpectedly quit her job days before she died, “under extremely mysterious circumstances,” he added. “Even her closest friends didn’t know she was going to do this.”

While Drew’s employers were never accused of foul play, two of them were dogged by scandals during the time that she worked for them, and she may have seen or heard something compromising that put her in danger, the authors wrote. At the time, police considered Drew’s “creepy old uncle” and a teen farmhand with “an unhealthy crush” — neither of whom had alibis — to be likelier suspects, they added.

After Drew quit her job, a friend spotted her in the train station; Drew said that she was going “down the river,” but the only train leaving at that time was bound north, for Albany, Bushman told Live Science. Drew was also far more social than her family initially reported. Though Drew’s aunt and relatives first described her to police and reporters as a shy churchgoer and a homebody “who was never out with boys,” letters kept by Drew revealed that she had many admirers, one of whom expressed his ardor in language that hinted at violence, Givens said.

In one letter, a man named Harry apologized for bruising her wrists. He then wrote “I should live only for and have fond clinging memories of my lady of the blond hair, and be faithful onto death,” which was “pretty racy for the time,” Givens said during a presentation at New York Comic Con on Oct. 8. Perhaps, Drew eventually had another violent interaction with “Henry” — or with another boyfriend — that ended in her death, Givens said at the panel.

In “Twin Peaks,” two of the show’s main characters — Audrey Horne and FBI agent Dale Cooper — share a conversation “where they talk about how secrets are dangerous things,” Bushman said. “And Hazel, I think it’s undeniable that she kept secrets.”

Did one of those secrets include the identity of the person who killed her? Jarvis O’Brien, Rensselaer County district attorney in charge of the investigation, announced at one point that he knew who the killer was, but in the end no one was charged with the crime. While Bushman and Givens close the book with their own conclusions about who killed Hazel Drew, many pieces of her story remain hidden — perhaps for good.

You can pre-order “Murder at Teal’s Pond: Hazel Drew and the Mystery that Inspired Twin Peaks” on Amazon.