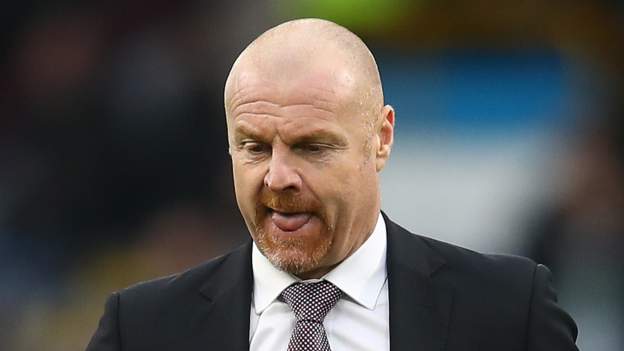 Burnley’s home game against Leicester City on Saturday has been postponed because of Covid-19 cases and injuries within the Turf Moor side’s camp.

The Premier League said it accepted Burnley’s request to call the game off as the Clarets did not have enough players to fulfil the fixture.

Premier League rules say a club must play a game if they have 13 outfield players and one goalkeeper available.

It is the 20th top-flight game to be postponed this season because of Covid.

Burnley had games against Watford, Aston Villa and Everton postponed in December because of Covid-19 cases among the opposing teams.

The game against Watford has been rescheduled to take place on Tuesday, 18 January and that could now be in doubt.

Burnley were without boss Sean Dyche and a number of first-team players because of Covid-19 when they were knocked out of the FA Cup by Huddersfield Town last Saturday.

They have since seen striker Chris Wood move to relegation rivals Newcastle United after the Magpies triggered a release clause in the 30-year-old’s contract.

“The board assesses applications to postpone matches on a case-by-case basis, based on existing rules and adapted Covid-19 postponement guidance, implemented in light of the new Omicron variant,” said a Premier League statement.

“The board will assess a number of factors, including the ability of a club to field a team; the status, severity and potential impact of the Covid-19 outbreak at the club; and the ability of the players to safely prepare for and play the match.

“The board must also consider the wider risks to the opposition and other people the club representatives may come into contact with.”