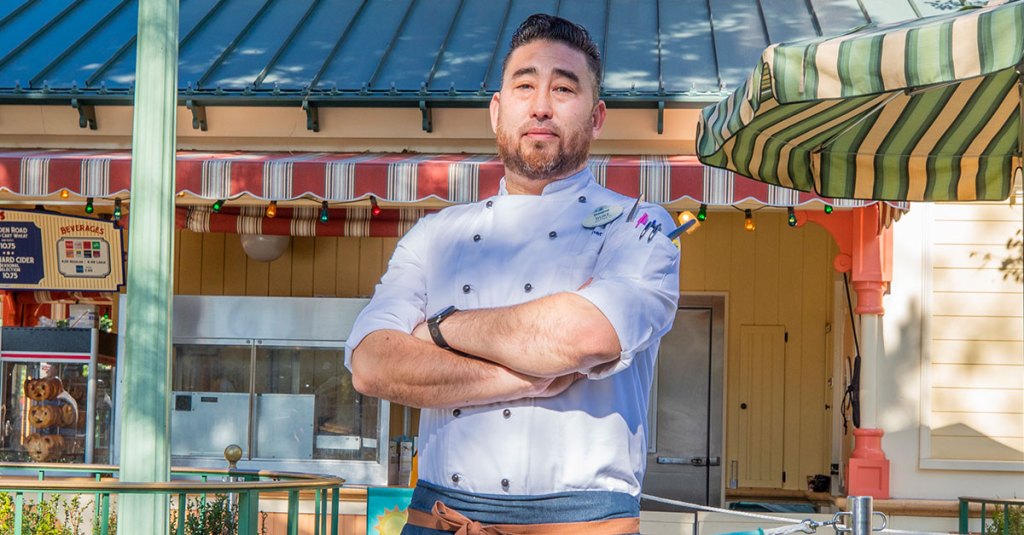 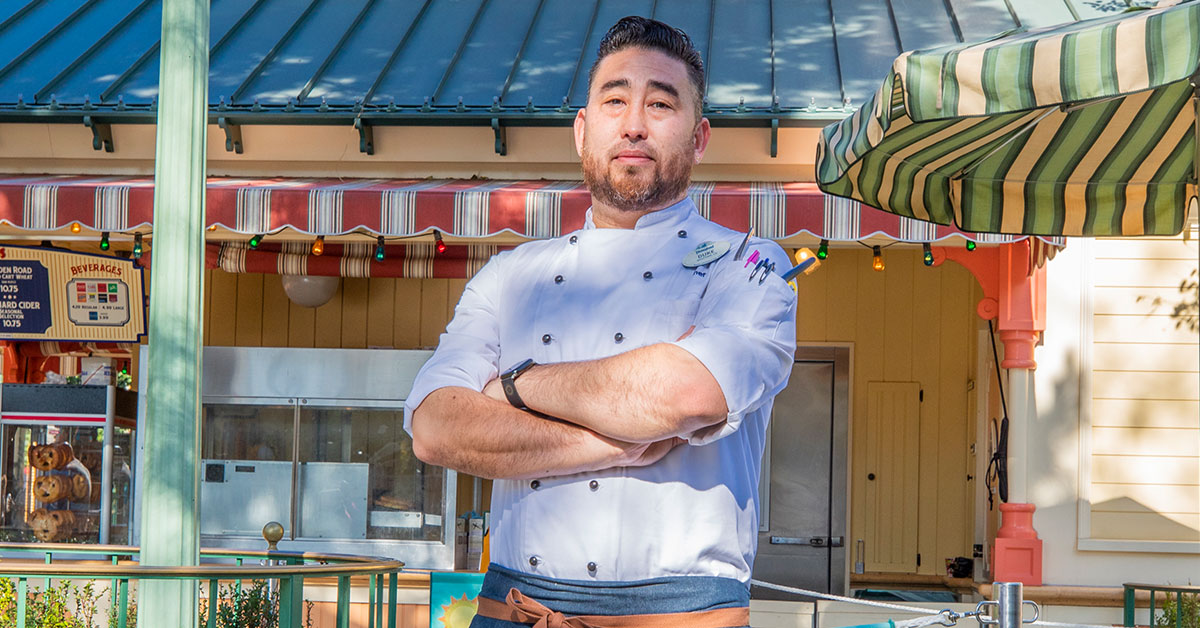 Daniel “Duke” Brown spent years working in culinary arts, but he dreamed of going back to school and advancing his career. Today, thanks to the Disney Aspire program and Daniel’s hard work, he is making that dream come true.

Daniel had already worked in fine dining restaurant kitchens when he hired into the Disneyland Resort as an order cook at Storytellers Café in 2016. He worked in various departments at Disney’s Grand Californian Hotel & Spa before joining the culinary team at Napa Rose. After briefly leaving the company to help a friend open a restaurant, he heard in 2018 about the launch of Disney Aspire, which pays full tuition up front and reimburses fees for eligible hourly cast members.

“When I heard about the program, I rushed right back to Disney,” he shared. “I attended one of the job fairs, came back and went straight back into Napa Rose — starting the Aspire program three months later. I’d always wanted to go back to college.”

Daniel’s current pursuit of a bachelor’s degree in human resources management through Wilmington University, one of the more than 10 in-network schools, is already helping him in his career journey. Soon after returning to the resort, he transferred to Carthay Circle Restaurant, where he worked until the pandemic closed the parks. When he returned to the resort last May, Daniel was even more focused on finding a leadership position.

“I reached out to Golden Vine Winery, who were looking for leads, and talked to the chefs. I let them know about my aspirations to be a park chef, and they let me know about ideal next steps for me to take,” Daniel said. During his first month there as a lead order cook, a chef position opened, and he was on his way. He recently moved into a role as a chef for Paradise Garden/Pixar Pier, serving various locations including Paradise Garden Grill, Bayside Brews and more. He credits the knowledge he’s gained on the job and in his classes with the advancement in his career.

“An HR class that I took had a lot to do with interviews and resumes, and that helped me a lot through the interview process,” he said. “One of the chefs actually came to me and told me that my insights and answers made him rethink about the position, how people do things in relation to the Five Keys and how they can better put those into their roles.”

Along with his dreams of culinary management, Daniel hopes to use his degree to connect with Human Resources leaders at the resort while also advocating for the Food and Beverage department. In fact, he recently joined Thrive, a new mentorship program for members of our Business Employee Resource Groups (BERGs), pairing with a mentor in Human Resources at the resort.

Daniel hopes that the work he’s put in to earning his degree and advancing his career inspires his three children — and his fellow cast members. “The one thing I tell everyone is to just talk to the people behind the [Aspire] program and ask them about the possibilities for them; the options are almost limitless.”