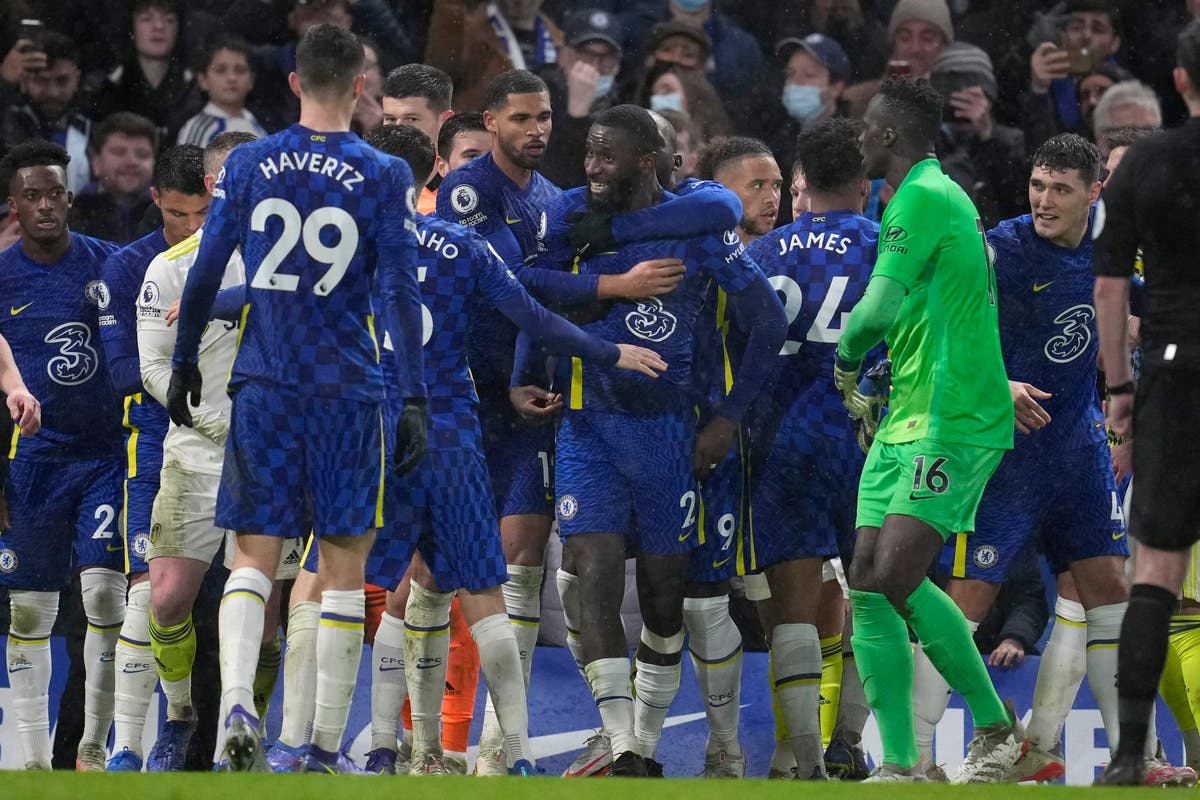 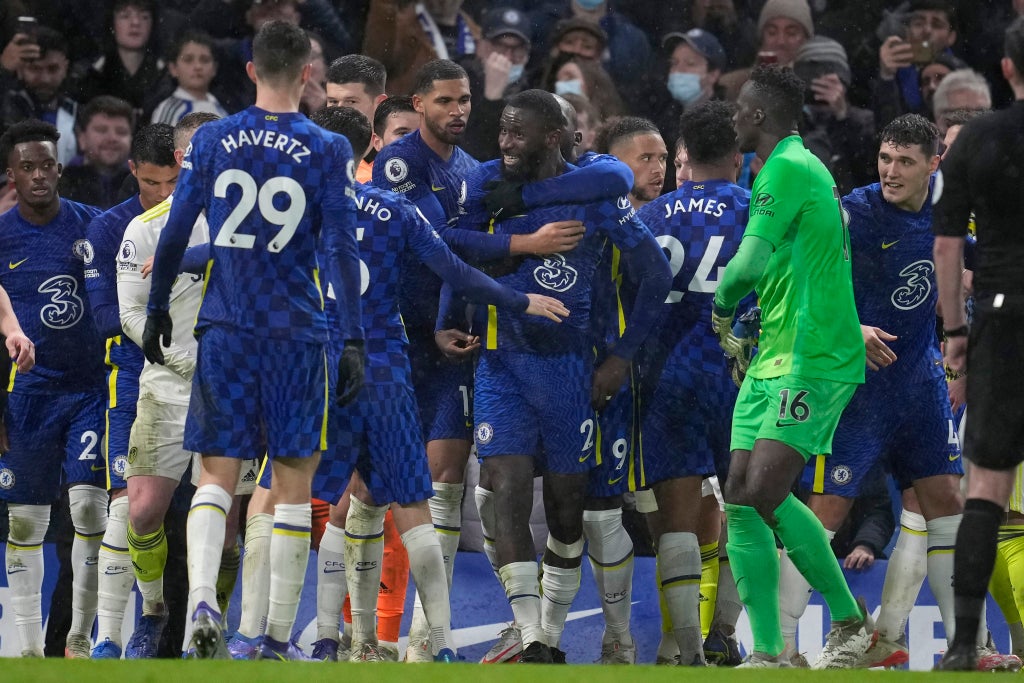 Everyone can now see why so many top clubs want to sign Antonio Rudiger, if also why so many opposition players often feel like hitting him.

His manager, Thomas Tuchel, summed up the performance in Chelsea’s 3-2 win over Leeds United best. “He did not accept to lose today.”

Rudiger instead demanded more. On repeated occasions when it looked like Chelsea were going stale, and like they might be dropping more points to really go into a crisis, he restored spark to their game with surging runs.

This was what they were missing when the defender was out, and illustrates one reason why they dropped points without him.

It was a signature Rudiger performance in that it was invigorating. He restored life to his team, while re-energising their title race. It wasn’t, however, a vintage Rudiger performance. The biggest reason that many felt Chelsea missed him wasn’t actually apparent.

With the German absent against both West Ham United and Zenit St Petersburg, Chelsea conceded three goals in individual games for just the third and fourth times in Tuchel’s tenure. The fact they came in succession only seemed to further emphasise the centre-half’s positional importance. It is clear that Rudiger understands his manager’s defensive idea superbly, perhaps more than any other defender bar Thiago Silva.

And yet his return didn’t restore reassurance.

Chelsea remained quite loose, as did Rudiger. The team conceded two, and Leeds United got at them repeatedly. Given the lack of chances that Chelsea had, you could even see Marcelo Bielsa got his gameplan spot on. He stifled Chelsea’s wing-backs and disrupted their rhythm, making it a real battle.

Within that, though, Rudiger did give Chelsea something else. He gave them personality, and force. That in turn forced Leeds into errors.

Rudiger’s willingness became the first Premier League player since March 2010 to win two penalties in one game. The last example was actually a Chelsea player, too. That was Yuri Zhirkov against Aston Villa in March 2010, as part of a run that saw the club win the Premier League.

Whether that happens now remains to be seen. Chelsea still seem more flawed than either Manchester City or Liverpool. And even though those flaws were most obvious in defence against Leeds, they are most damaging up front.

Chelsea again didn’t create much from play. They still didn’t open Leeds, and were reliant on two penalties that weren’t exactly from panic or attacking that was about to bring a goal.

For the first, Raphinha went in wildly when it looked like he could have got the ball. For the second, in stoppage time, it was a relatively innocuous moment on the edge of the box.

But this again only emphasises the importance of Rudiger, and what Tuchel referenced. He refused to accept defeat. He kept going, looking to influence the game with force of personality.

Without directly comparing him to such players, this was something that leaders like Roy Keane, Steven Gerrard and Patrick Vieira used to do.

When things were going badly, they would just take it upon themselves to surge forward, at once causing problems for the opposition and emboldening their teammates. It just shifted the tone, while moving the ball 80 yards up the pitch.

It is influence. Again, Rudiger obviously doesn’t have their talent, but he clearly has the will.

That intensity can of course spill over. Rudiger is renowned for getting in opposition players’ faces and looking to wind them up. He can aggravate teammates with how forthright he is, but he will just as easily encourage them.

That was the case during one frustrating spell in the first half when Chelsea couldn’t seem to get hold of the ball, and Jorginho hit a touch out of play when he could have started a move. The Italian was irritated, but Rudiger only offered encouragement.

He also offered support in spikier moments. That is when the emotion can spill over. Rudiger was right in there during the flare-up at the end, when Kai Havertz and Junior Firpo squared up. Afterwards, it was Rudiger who had to be calmed down.

“If you have him as the aggressive leader on the pitch you can’t have him not involved if there are teammates to defend on the pitch.”

This best sums up what Rudiger is: an “aggressive leader”. It can have some cost, yes, but it mostly has real value.

It has also reached the point where Rudiger knows his own value. He is coming to one of the last major contracts of his career and clubs like Real Madrid are willing to pay him a lot.