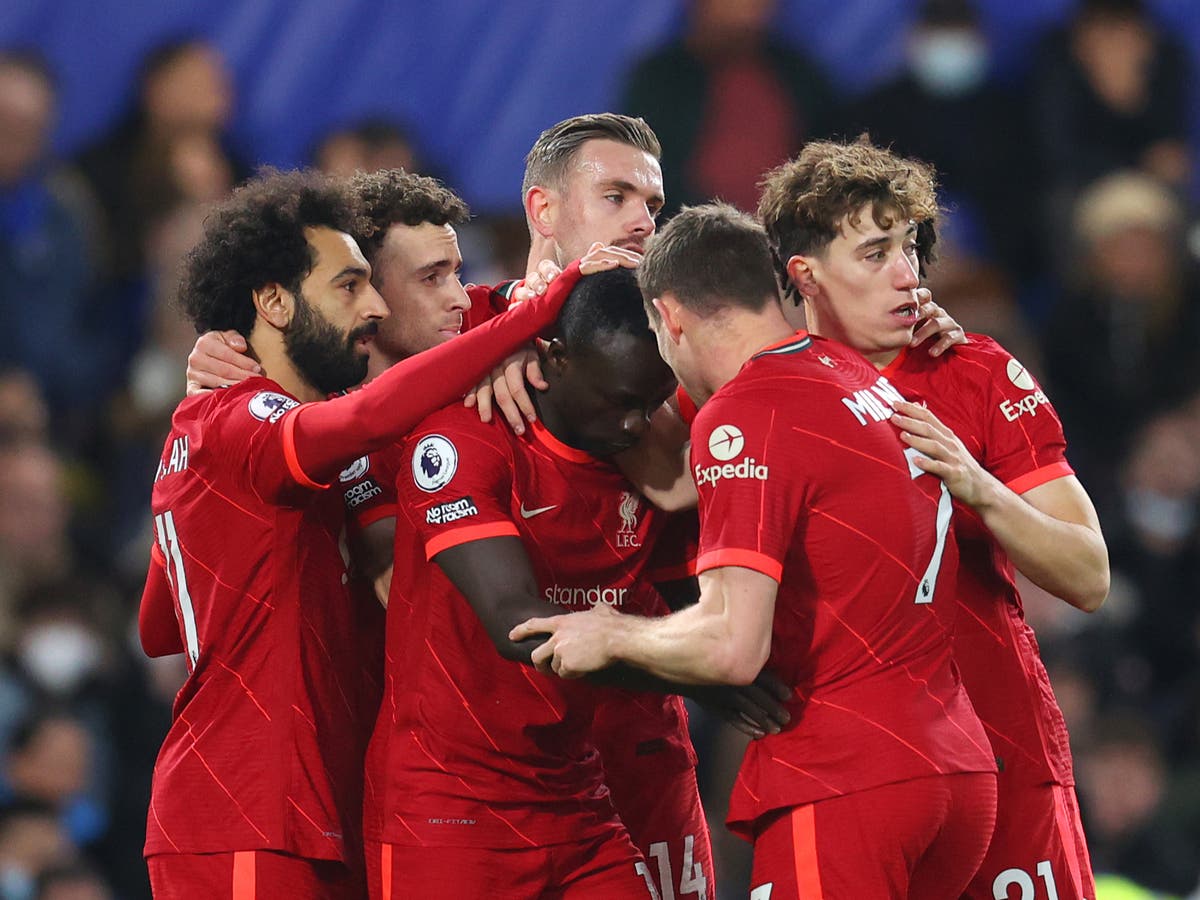 Chelsea play Liverpool in a massive game in the Premier League title race on Sunday.

The Blues have dropped off the pace at the top of the table in recent weeks and now sit 11 points behind league leaders Manchester City after the champions came back to beat Arsenal on Saturday. Manager Thomas Tuchel has Covid and injury problems to address with Reece James the latest first-team star to be forced onto the sidelines. A bigger concern is Romelu Lukaku with the emergence of the striker’s controversial interview this week costing him his place in the squad.

Jurgen Klopp has Covid issues of his own with Alisson, Roberto Firmino and Joel Matip joining the manager himself in missing the game with suspected positive tests. The Reds will be desperate to get back on track after defeat at Leicester last time out with Mohamed Salah and Sadio Mane featuring for the final time before jetting off to the Africa Cup of Nations later this week.

Follow all the latest Premier League updates and analysis throughout the afternoon here:

17 mins: Chelsea are working the ball well here. They move it from left to right and then Azpilicueta shifts it into the penalty area for Mount. He pulls the trigger but Milner is in there to block.

Chelsea then send the ball back in from a corner but it’s Milner again who is up to thud clear.

14 mins: Liverpool do look open! Thiago Silva clips a delicious ball in behind the visitors’ defence for Marcos Alonso who can’t quite bring it under control inside the penalty area.

There is gold here for Chelsea if they continue to play this way. They just have to be incredibly wary of Liverpool on the break.

12 mins: It has been a truly chaotic start. Mane ends his goal drought minutes after Tuchel was furious that he hadn’t been sent off in the opening exchange of the match.

Should he have seen red for the push into the face of Azpilicueta? Certainly helped him out that it happened after about 10 seconds.

Nevertheless, he is still on the pitch and now he has scored.

Meanwhile, Chelsea compose themselves and go again. They have been the better side so far – but they’re behind.

9 mins: Liverpool are in front now!

Oh Trevoh Chalobah, what are you doing?!

The young Chelsea defender makes an absolute mess of a simple ball into the middle of their half. He tries to head it and gets it all wrong. Mane pounces and goes around Mendy before firing home.

8 mins: CHANCE AT THE OTHER END! Chelsea almost in front now!

Alexander-Arnold covers a ball in behind but then clears it straight off the boot of Havertz. It spins straight to Pulisic eight yards from goal. He tries to take it around Kelleher but gets it all wrong and the Liverpool keeper is able to collect.

6 mins: CHANCE! Liverpool had barely had a kick but they almost go in front with their first sniff!

Chalobah can’t deal with a hit and hope ball upfield and Mane pounces. The Liverpool forward plays it across for Salah and as Rudiger comes across he slides in and forces a point blank save from his own keeper Mendy!

Nearly a comical own goal.

6 mins: Chelsea keep the ball for a good three or four minutes at the start of the game, not allowing Liverpool a foothold in the match.

Eventually an attempted cross from Azpilicueta is seized upon by Tsimikas but Chelsea immediately win the ball back once more.

Positive start from the hosts.

3 mins: Thomas Tuchel furious on the touchline already. He feels that Mane challenge warranted a red card. Had it been so, it would have been up there with the great Vinnie Jones 10-second sending off years ago.

As it is, it remains 11 vs 11 and Chelsea have started the brighter. They force a corner which is shifted short to Alonso but Liverpool clear the resulting cross away.

1 min: YELLOW! Wow, that is remarkable. The quickest yellow card in the history of the Premier League?

Mane leaps up for a challenge with Azpilicueta and catches him in the face inside 20 seconds.

The Liverpool man will now have to play 90 minutes on a caution!