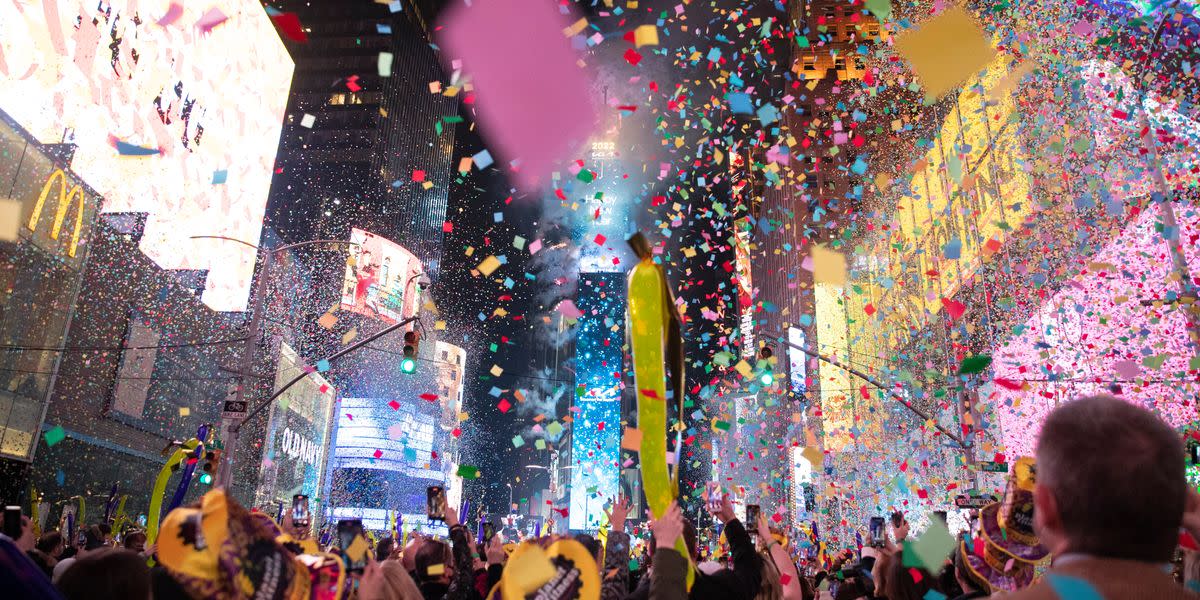 An apparently distracted CNN missed a number of raunchy messages that scrolled along the bottom of its screen Friday night while broadcasting New York’s Times Square celebration marking the end of 2021.

It wasn’t the tweets that were a tad off color, but the tweeters, with fake names including “Ben Dover,” and “Dixie Normus” (now self-described as the “og queen of the #CNNNYE Twitter feed”) — among others.

The pranksters crowed on social media about duping the network, while other viewers spotted the wonky names, and tweeted about it.

The Daily Beast, which was the first to report the national prank, noted that a number of the Twitter accounts appeared to be linked, and touted the hashtag “CNNNYE” in a bid to boost the prank’s profile.

CNN did not immediately respond to a request from HuffPost to comment on the prank names.

As wild as the scrolling tweeters’ names were, they weren’t as entertaining as the decidedly tipsy putdown of outgoing New York City Mayor Bill de Blasio by celebration co-host Andy Cohen.

“Sayonara, sucker!” Cohen gushed as Anderson Cooper tried to hold down the fort.

Cohen noted Saturday in a tweet that he had been “a bit overserved.”

This article originally appeared on HuffPost and has been updated.