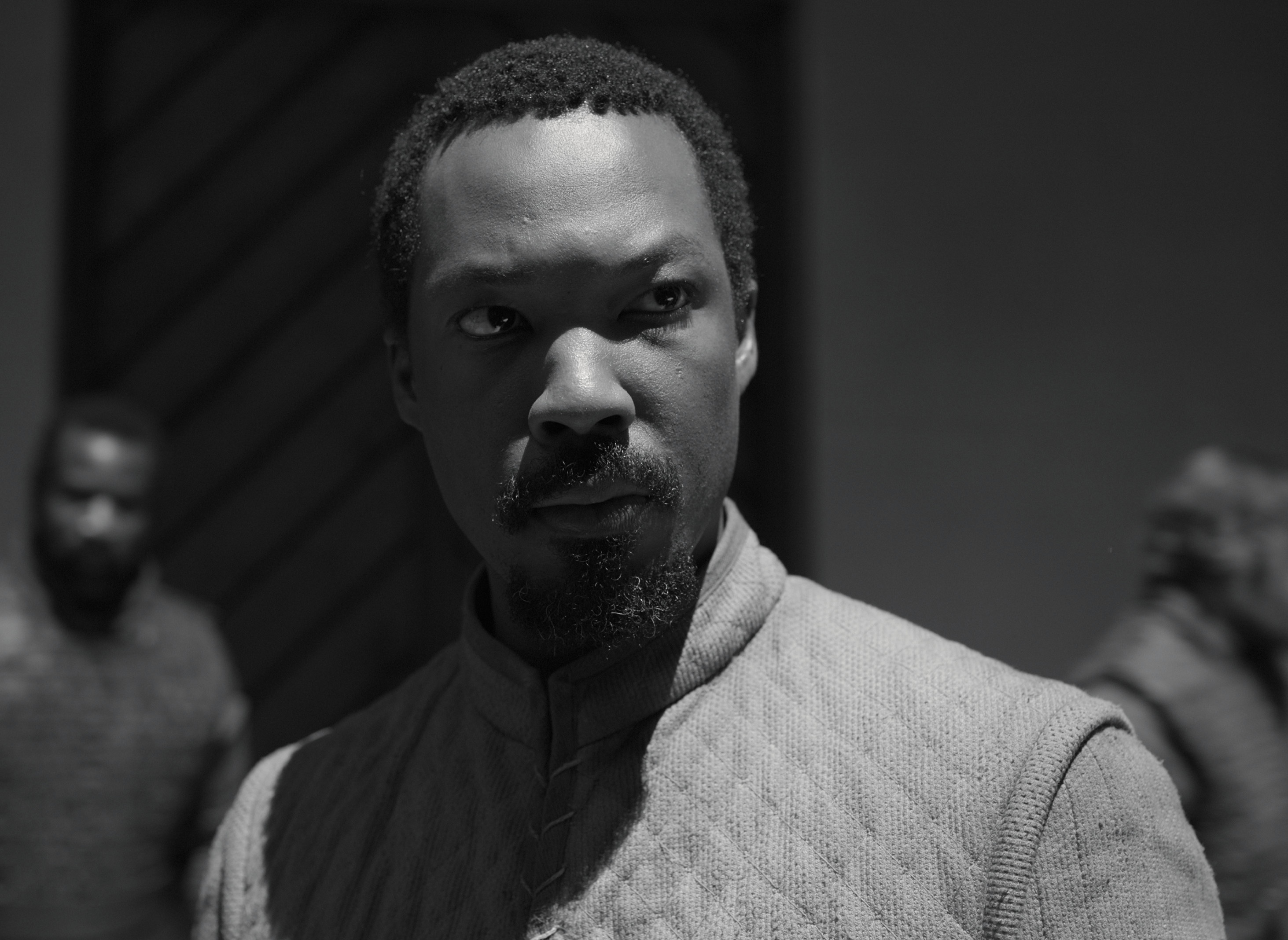 The Tragedy of Macbeth was released on Apple TV+ on Friday, January 14, providing viewers around the globe with a new take on the Shakespearean play.

Starring Denzel Washington in the title role opposite Frances McDormand, the film is directed by Joel Coen and also features Corey Hawkins, who considers the Oscar-winning actor his mentor.

The Straight Outta Compton actor portrays Macduff, one of the characters who challenges Macbeth after he usurps the throne from King Duncan (Brendan Gleeson).

In a climactic final scene, Macbeth and Macduff clash swords with the latter beheading the former and ending his reign of tyranny.

Hawkins spoke to Newsweek about filming the fight scenes with Washington, admitting he feared he could hurt his mentor on set.

Reflecting on the scenes, he said he found them “scary” and added: “I was just like, ‘Oh, Lord, don’t hurt Denzel, please don’t hurt Denzel.’ I was like [that] because I’m clumsy in general already.

“I mean, that’s one of the, you know, it’s the climax of the film, it’s about goodness and the challenge of morality, where those things meet.

“I think Macduff, for me, it’s not a showy sort of role, it was all behind his eyes. It was about understanding who this man is, a man who looked up to Denzel’s character, Macbeth, but has it all taken away from him by somebody he idolized.

“I think the age difference plays really well with him [too]. But, to finally get to that point, that crux and and you see that morality and goodness ultimately does win out, you know, and [we see Macbeth’s] chasing of ambition, and chasing of this and that, [and] where does it lead us?”

Citing another Shakespeare tragedy, Hawkins went on: “You know, I think in Hamlet there is the line about —I’m going to butcher it— that ‘ambition is merely the shadow of a dream,’ Guildenstern I think says that in Hamlet.

“But there’s something beautiful about that, because you’re chasing this thing that you don’t know exactly what’s happening in the world, and so [Macbeth] meets it.

“He meets fate at the end, and to be there, to be [one of] the actors that… like D is, I mean, I’ve known him for years, but to finally be welcomed in, [to] work with him, it’s a different thing to do.

Hawkins went on to reflect on the experience he had working with Washington on the film, saying the Malcom X star was “so unassuming” on set, but pushed his performance to new levels.

“That is my aspiration in terms of [my] career. The things that he’s done, the risks that he’s taken, he didn’t have to do this with Joel, but he loved his collaborators.

“He loved working with him on something new and fresh, and I’m just thankful that I get to walk in his shoes. I can’t fill them, but I get to sort of walk in his steps, you know, and it’s the same with Frances.”

The Tragedy of Macbeth is available to stream on Apple TV+ now.