The crash of “stablecoin” TerraUSD (UST) and LUNA, backed by the largest algorithmic stablecoin platform Terra, took the global cryptocurrency market by storm. It came to the point that over 80,000 Bitcoin (BTC) was sold by the Luna Foundation Guard (equivalent to around USD 3 trillion) in attempts to keep the price from falling, but to no avail. It did not seem to help that the current cryptocurrency trend is in the declining phase.

Bitcoin lost nearly 46% of its price in the past six months, while Ether is down by 48%. There are exceptions that showed some resilience, nonetheless, like Tether which managed to keep its decline to 0.3 percent in the past week.

As of writing time, LUNA is worth less than 1 centavo in Philippine peso terms, and UST is worth around PHP 5. Yet as much as the LUNA and UST crash shook the emerging world of cryptocurrencies, the question remains as to why an entity considered as “stable” took a deep dive to the bottom so drastically. This concise article attempts to make sense of what some would like to compare as the “global financial crisis moment” of cryptocurrency.

LUNA + UST: A modern Ponzi scheme or a misunderstood innovation?

Introduced in 2019 by Evan Kereiakes, Do Kwon, Marco Di Maggio, and Nicholas Platias, Terra’s promise was to be a “price-stable and growth-driven” cryptocurrency. This implies adopting a multi-fiat peg monetary policy that can retain purchasing power not only against the US Dollar, but also against other currencies such as the Euro, Chinese Yuan, Japanese Yen, and Korean Won, among others. In addition, the Terra design was supposedly rewarding for steady growth with low volatility, a theory expected to maintain stable mining demand and optimize usability.

How does Terra work? Algorithm. Despite being pegged to a fiat currency, e.g., US Dollar, it is not actually backed by the said currency, nor do they have independent assets in reserve. As defined by Coindesk, what backs them is an on-chain algorithm that facilitates a change in supply and demand between the stablecoin and another cryptocurrency that acts as security. In this case, what props the stablecoin UST is the native Terra cryptocurrency LUNA.

Taking into mind more technical specifics, however, there seems to be no single universal definition for stablecoins. For example, USD Coin (USDC) and Tether claim to be supported by real reserves of fiat currency. 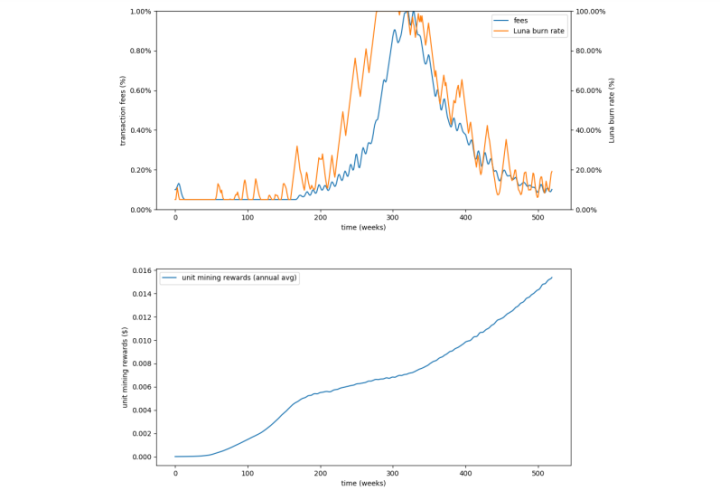 Last week’s meltdown, however, showed that Terra had not only fallen short of its promise as a sort of “holy grail” that provides stability in the volatile crypto market, there appears to be signs that the history of previous recoveries cannot apply anymore this time around despite the recovery plan to reset the network to 1 billion tokens.

“The way these algorithmic stablecoins are designed, they have this upward force during bull markets, which is how they get so popular,” says Sam MacPherson, an engineer at MakerDAO and the co-founder of the software design company Bellwood Studios, “But the same forces act in reverse during bear markets and expose their fundamental flaws. So that is eventually what triggered [the crash].”

The collapse also prompted critics who have firmly believed in Terra being another type of Ponzi scheme.

According to Swan Bitcoin CEO Cory Klippsten, “I always knew that at some point they’ll be a forced seller, because their whole scheme is a Ponzi scheme. I think what actually happened to Bitcoin, whether it went to support a peg for an asset that did not deserve to exist, or if it went to insiders, that’s almost kinda a secondary point.”

This is how the United States Securities and Exchange Commission (SEC) defined a Ponzi scheme.

How did the crash happen? The point is, nobody is too sure

Some would like to attribute the misfortune of the Terra ecosystem to a supposed financial attack, involving massive trades that forced depegging. How immense could it be? One estimate placed the amount involved to be at more than USD 800 million, while another estimate put it at around USD 1 billion.

Others, meanwhile, would point to withdrawals by investors. Whether it was out of panic due to a falling market (perhaps due to a possible collective realization on the “true worth” of the stablecoin concerned) or a conspiracy to “short-sell” the UST in order to profit from its depressed values later on (decentralized finance platform Anchor offered a 20 percent yield to UST havers lending to them), the outcome remains the same. 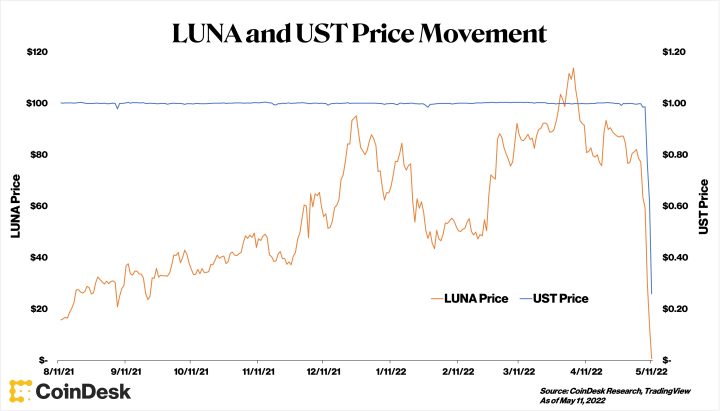 LUNA, which was supposed to be the safeguard asset for UST once it goes below the US Dollar level, crashed at about the same time. In relation to this, another perspective would be that stablecoins like Terra are designed to fail in the first place, and algorithmic stablecoins in particular were not as consistent as they present themselves to be.

For one, Dr. Ryan Clements of the University of Calgary writes in a 2021 article that they “are not stable at all but exist in a state of perpetual vulnerability.” In his analysis of algorithmic stablecoins, they usually require to sustain a certain threshold of demand to prevent the system from collapsing.

Without a regulated safety net, it might prove difficult to figure out how the investors could hope to regain their losses. Notable in this regard would be Binance, which placed USD 3 million in LUNA in exchange for 15 million tokens. Thus far, it appears they have no clear path towards compensation from Terra.

“To lead by example on PROTECTING USERS, Binance will let this go and ask the Terra project team to compensate the retails users first, Binance last, if ever,” tweeted Binance CEO Changpeng Zhao (emphasis retained from tweet).

Ethereum co-founder Vitalik Buterin seems to be on the same board in reimbursing smaller holders first, “Strongly support this. Coordinated sympathy and relief for the average UST smallholder who got told something dumb about “20% interest rates on the US dollar” by an influencer, personal responsibility and SFYL for the wealthy.” 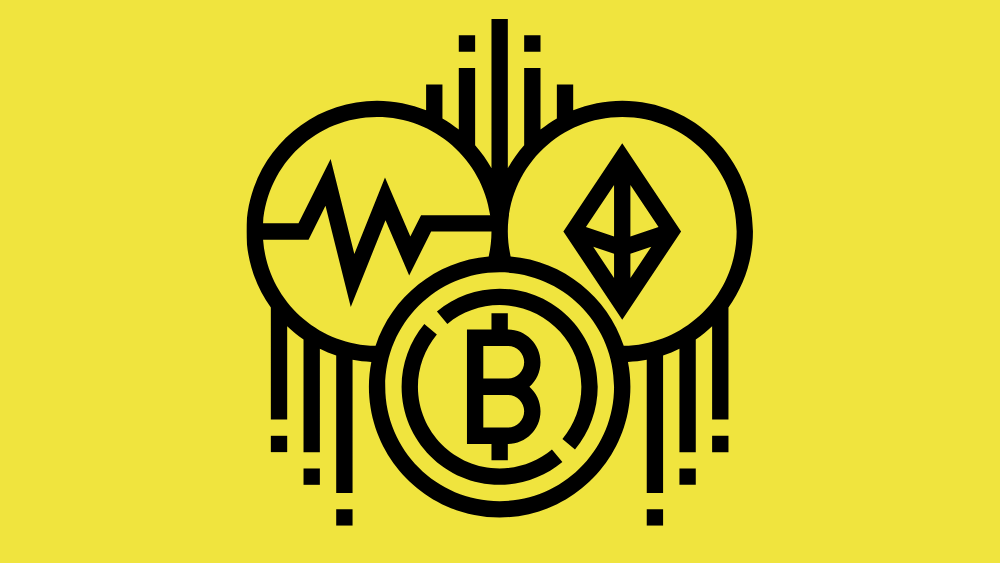 Government regulation has also taken steps to minimize the damage, as in the case of South Korea (Republic of Korea) where industry sources indicate that the Financial Services Commission (FSC) and the Financial Supervisory Service (FSS) were seeking cryptocurrency exchange operators to share information and relevant measures.

“I think it’s critical that regulators and policymakers see this moment as a time to put up whatever firewall they can between the traditional financial system and DeFi,” says Professor Hilary Allen of the American University Washington College of Law, who believes the Terra crash might be a glimpse of what could happen in the future if cryptocurrencies in general would fully enter the mainstream without regulation.

As far as algorithmic stablecoins go, there is the possibility that blockchain developers would move away from this model for the meantime, with some in the crypto community being quite vocal in distancing other coins from Terra.

Gian Volpicelli of WIRED also has dimmer prospects for the Terra ecosystem moving forward, “The Ponzinomics were just too obvious: When you pay money for nothing, and stash your nothing in a protocol with the expectation that it will give you a 20 percent yield—all you end up with is 20 percent of nothing.”

But of course, the chance of a comeback may not be discounted as well. Despite the failure of the immediate solution from the Luna Foundation Guard, other entities such as Polygon are on their way to help Terra back up. As to how much they could hope to achieve with what little value remains with UST and LUNA, it remains to be seen.

Terra’s meteoric rise and catastrophic fall has wiped out a lot of trust and confidence which cryptocurrencies have been trying to build in the past years, for it came at a time when cryptocurrencies are on a downward trend in the midst of prevailing macroeconomic conditions. Whether it would affect the future of crypto in general or it would prove to be more isolated than what critics would like to argue, the discussion may be better left for another time.

Every gain and loss in the crypto world is not only a contest for fiscal milestone, but also a concern for proof of belief, as they ride on the principle that cryptocurrencies have the potential to replace established fiat currencies. The same probably goes for specific models of operating cryptocurrencies, such as the algorithmic stablecoin. If Terra could pull an upset and recover eventually, the moral recovery for investors might take longer than monetary recovery. It must be remembered that not everyone can afford the risk of losses, especially in a cryptocurrency market. Accountability and transparency levels are also tested in this collapse, as some have questioned Terra’s recently.

Otherwise, if Terra continues on the path to oblivion, would later systems be developed promising similar solutions such as price stability and investment growth? How would their operations be different from Terra’s model? What lessons could be learned by other blockchain developers from this unfortunate crash? How would the financial markets, as well as their regulating agencies, choose to respond in the long run? Perhaps only time will tell.