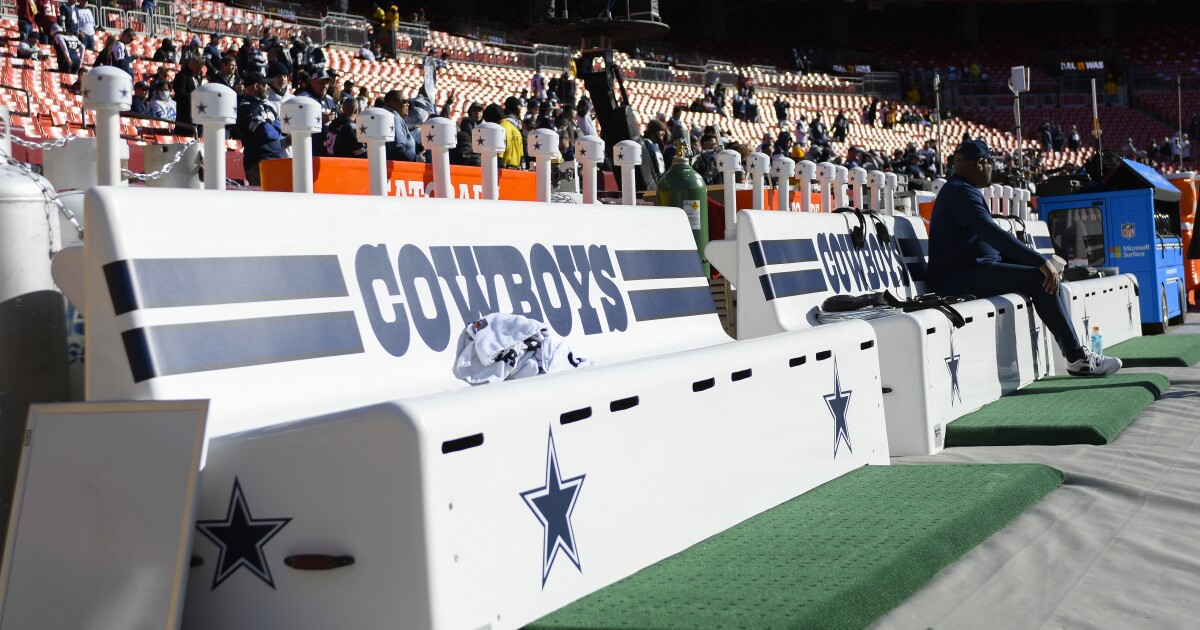 The visiting sideline at Washington has a familiar home look for the Dallas Cowboys.

After getting word from other teams that the sideline benches at FedEx Field were in major need of an upgrade, the Cowboys brought their own for this showdown game.

The Cowboys rented four benches from a private vendor. When they arrived at the stadium Sunday, they were already decked out in Cowboys logos and wordmarks.

The Cowboys heard from the Seahawks, who recently played against Washington on a Monday night and had complaints that the heated benches were malfunctioning.

Earlier in the week, Cowboys running back Ezekiel Elliott actually commented about the benefits of playing outdoors in colder games, because of the heated benches are beneficial to his knee injury. The Cowboys just made sure Zeke and his teammates got that opportunity.

This move is just the latest twist in the Dallas-Washington rivalry, one that got juiced up even more this week when Cowboys head coach Mike McCarthy predicted a win for his team, prompting some fireworks back and forth with Washington’s Ron Rivera and players.

Washington has beaten the Cowboys in consecutive matchups. It has been more than 30 years since it has defeated Dallas in three straight meetings (1986-88).

Cowboys fans made up more than half of the crowd at FedEx field, which was evident based on the blue and white jerseys in the stands. Owner Jerry Jones foreshadowed that earlier this week when he said on 105.3 FM in Dallas, “We have always sold more Cowboys’ hats, caps, T-shirts. We’ve always had our greatest fan support positive coming from Washington, that’s outside the Dallas area. Outside the Texas area, Washington is where we have the most support of all when it comes to all the things you might count.”