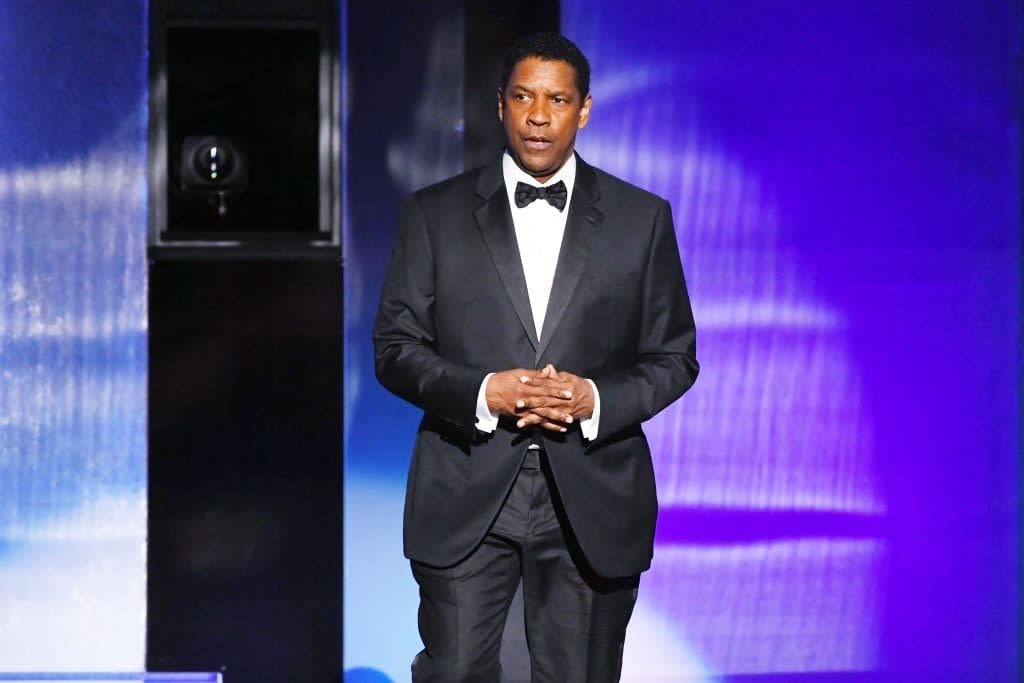 In a new video interview, Hollywood acting legend Denzel Washington said that he has no idea who Snowfall’s Damson Idris is.

Idris, who rose to fame for his breakout role as Franklin Saint on the FX show, has been compared to Washington and even auditioned to play his son in the 2016 film, Fences.

Idris also recently went viral earlier this month when he posted a funny impersonation of him acting like Washington.

But when an interviewer on the red carpet for the new film Washington directed, A Journal for Jordan, asked him about the comparisons and Idris’ open admiration for him, he was noticeably confused.

Seemingly shocked, the interviewer pressed Washington saying, “You got to know who he is.”

Washington turned to a man behind him asking about Idris. Some fans said it sounded as though Washington called him “Dancin’” Idris when asking the question.

“No disrespect Damson, no disrespect,” Washington said as the interviewer moved forward.

The now viral exchange circulated on social media, with many fans laughing at Washington’s complete oblivion to Idris.

“Not Denzel Washington not knowing who Damson Idris is,” said one Twitter user about the exchange.

Another user posted that the exchange was innocent, writing, “Denzel Washington having no clue who Damson Idris is, is so innocently cute! But when he called him “dancing” I truly lost it!!!”

The video eventually made it to Idris, who jokingly changed his name on Twitter to “Dancin Address,” and tweeted, “Call me Dancin Address from now on. I won’t answer to anything else.”

While most social media users thought the exchange was light, many voiced their critiques about Idris being compared to Washington so early in his career.

One user tweeted, “Damson has had like four roles that have made it to television and you saying he better than Denzel Washington. Let’s calm down.”

Another Twitter user said, “Denzel Washington is an absolute OG. You cannot compare Damson Idris to him, as good as he is. Ridiculous question to ask.”

Other users came to Washington’s defense, claiming he doesn’t know about Idris because he is not on social media.

“Snowfall is a show that’s gained most if not all its traction thru social media, but y’all are confused why Denzel f-ckin Washington doesn’t know who Damson Idris is LOL,” said one user.

Have you subscribed to theGrio podcasts, ‘Dear Culture’ or Acting Up? Download our newest episodes now!