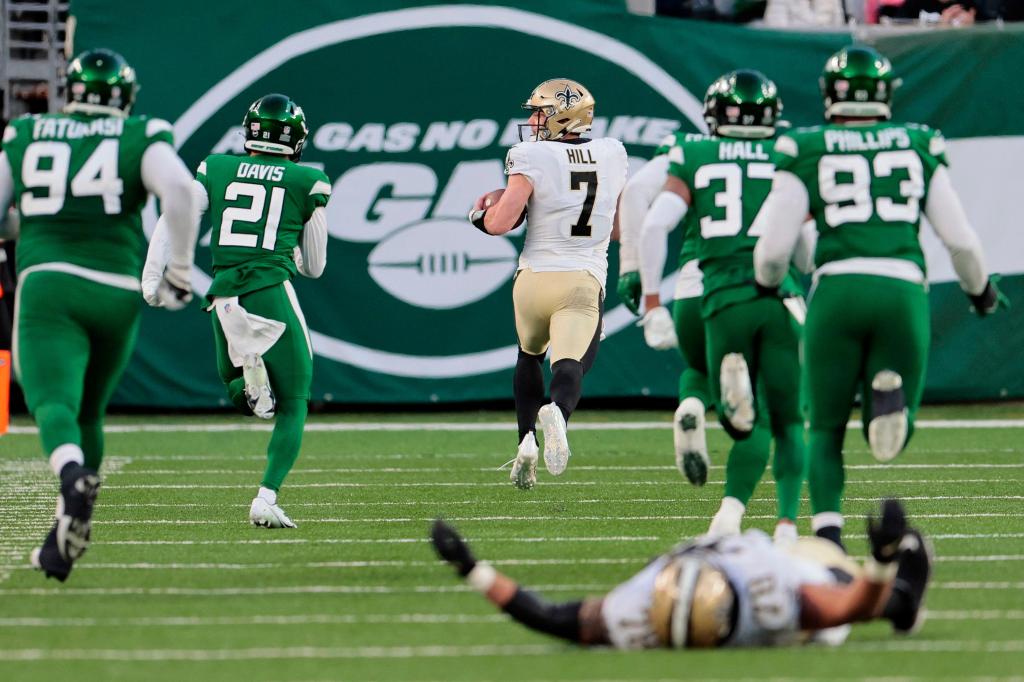 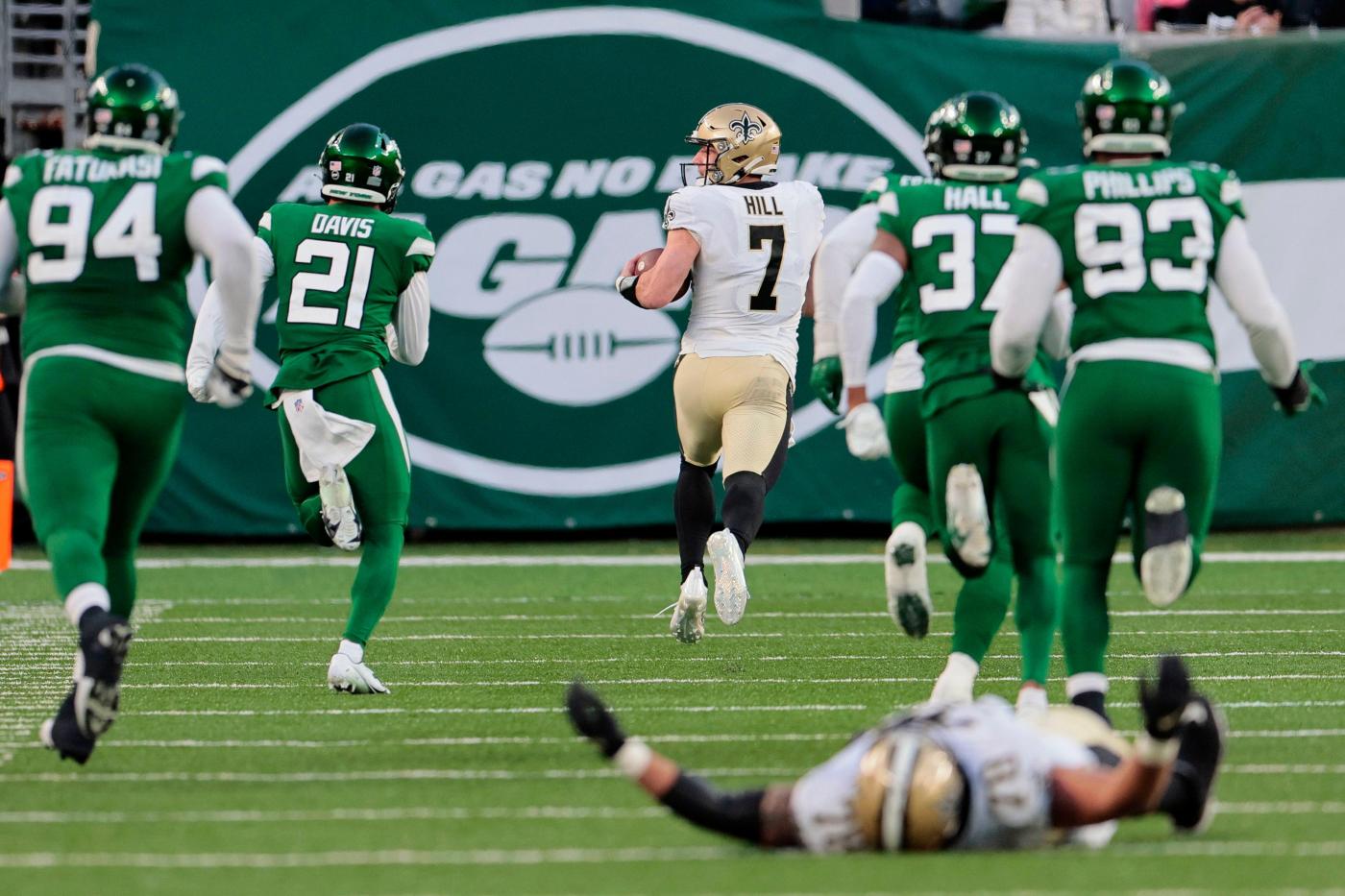 After losing, 30-9, to the Saints the Jets fall to 3-10 and are mathematically eliminated from the playoff picture. Their playoff drought extends to 11 seasons, which is currently the longest in the NFL.

Zach Wilson struggled without his top two targets in Elijah Moore and Corey Davis. He completed 45% of his passes for 202 yards and didn’t lead the offense to a touchdown. Rookie growing pains for the No. 2 overall pick.

The Jets did a better job defensively than what the stat sheet said.

But it took 44 carries for the Saints to reach that number. And 44 yards came on Taysom Hill’s second touchdown run, with less than two minutes remaining.

So prior to that, the Saints were averaging 3.6 yards per carry. That’s a win for the defense on most Sundays. That’s why it was 16-6, with six minutes remaining in the fourth quarter. If the Jets offense scored more points, that effort isn’t wasted.

“They just kept going to it. They were at 43 carries for 160 yards. If you need 43 carries, I feel like you’re doing something right defensively,” coach Robert Saleh said. “Credit to them for being patient. The last run of 44 yards makes the stat look a lot worse. Until that point, I felt like the efficiency of our run defense was pretty good.”

And they held the Saints passing attack to a meager 141 yards.

In the Jets’ last outing, the Eagles consistently hit them with big runs and averaged 4.5 yards per carry for 186 yards rushing.

So that’s an improvement.

One of Wilson’s biggest issues this season is playing under pressure. On the season he was completing 26% of his passes, worst in the NFL, for 211 yards with two interceptions and a passer rating of 28, second worst.

Against the Saints he was 2-for-12 for nine yards in those situations.

Nobody is demanding Wilson become a master at playing under pressure, but it’s the NFL. QBs have to make throws under duress and Wilson is struggling with that.

Wilson also struggled immensely on third downs. He went 4-for-11 for 49 yards and was sacked twice as the Jets went 3-for-14 in those moments. Can’t win in the NFL when QBs consistently struggle under pressure and can’t convert on third down.

WHERE WAS THE RUN GAME?

The Jets were down their two leading rushers, Michael Carter and Tevin Coleman. The Jets had to rely on LaMical Perine and Ty Johnson to take the pressure off of Wilson after Austin Walter came down with an illness and missed the game.

Perine and Johnson weren’t able to get much going. Some of that is on the offensive line struggling with the Saints defensive line. Other moments revolved around the backs not making plays.

The Jets finished with 78 yards on the ground, paced by Wilson’s 33. Perine chipped in 28 yards rushing on seven carries and showed some juice with a 14-yard run. Johnson only managed 17 yards on six carries.

The lack of a run game caused an offensive imbalance as the Jets dropped back 45 times and ran it 13 times. That put more pressure on Wilson, and that led to an inefficient day and the Jets’ 10th loss of the year.