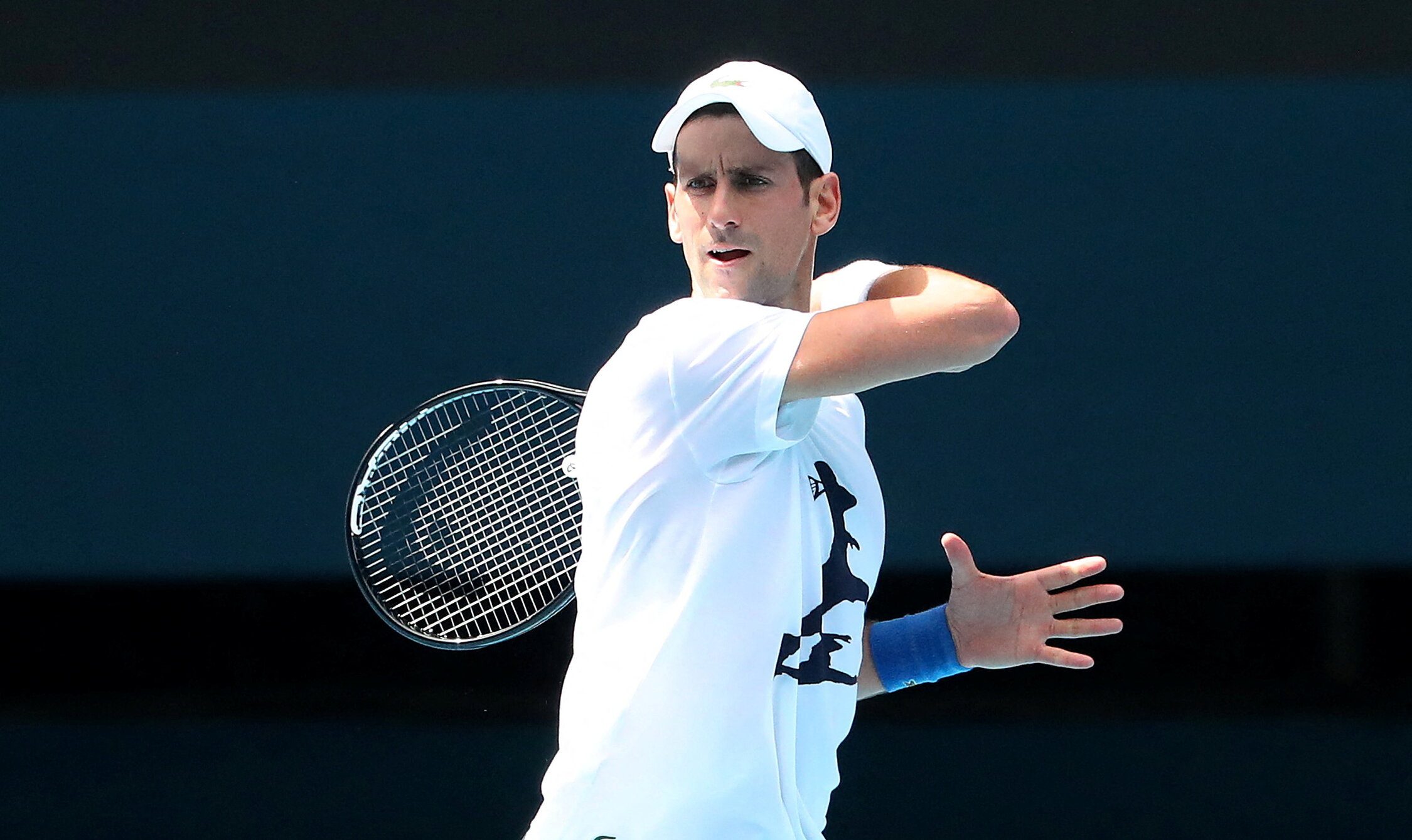 MELBOURNE, Australia – Tennis world No. 1 Novak Djokovic was included in the Australian Open draw as top seed on Thursday, January 13, though the government could still kick him out in a row over COVID-19 vaccination.

The draw was delayed for an hour without explanation, even as Immigration Minister Alex Hawke mulled whether to exercise discretionary power to cancel Djokovic’s visa over concern about the his medical exemption from Australia’s strict vaccine rules.

Should he still be here, the unvaccinated defending champion will face fellow Serb Miomir Kecmanovic for his opening match, probably on Monday or Tuesday.

The saga has intensified global debate over rights of choice for vaccines and become a tricky issue for Prime Minister Scott Morrison as he campaigns for reelection. Australia is due to hold an election by May, and while Morrison’s government has won support at home for its tough stance on border security, it has not escaped criticism over the botched handling of Djokovic’s visa.

Melbourne’s The Age newspaper said Djokovic would immediately appeal in court any attempt to deport him, with a decision expected on Friday, and tournament organizers preparing contingency plans for a new draw in case.

A source in Prime Minister Scott Morrison’s Liberal Party said the government was “strongly leaning” towards revoking the visa again, the newspaper reported.

Djokovic, who practiced again at the Rod Laver Arena on Thursday, fueled widespread anger in Australia by heading to Melbourne with a medical exemption from requirements for visitors to be inoculated against COVID-19. On arrival, Australian Border Force decided his exemption was invalid and put him in an immigration detention hotel alongside asylum-seekers at for several days.

A court on Monday allowed him to stay on grounds that officials had been “unreasonable” during the seven-hour interview process in the middle of the night.

The government must now decide whether to let Djokovic remain and bid for a record men’s 21st major title.

Australia has endured some of the world’s longest lockdowns, has a 90% vaccination rate among adults, and has seen a runaway Omicron outbreak bring nearly a million cases in the last two weeks

Djokovic’s cause was not helped by a wrong entry declaration, where a box was ticked stating he had not traveled abroad in the two weeks before leaving for Australia.

In fact, he had travelled between Spain and Serbia Djokovic, 34, blamed the error to his agent and acknowledged he also should not have done an interview and photoshoot for a French newspaper on December 18 while infected with COVID-19.

“After hearing about what Djokovic said about how he made mistakes on his form and those little slips, I reckon he’ll kick him out,” Melbourne resident Tyler Agnew said of the minister’s pending decision.

“No one can stuff that badly on little things like that, that’s just pretty basic stuff. I reckon he should and will boot him.”

Anti-vaxxers, however, have hailed him as a hero while Djokovic’s family and the Serbian government have portrayed him as a victim of persecution. Though no stranger to past controversy, the uproar was getting to Djokovic, Australian former tennis player Todd Woodbridge said after meeting him on on Thursday.

“He is still very aware he may not get to the starting blocks for round one,” Woodbridge, who is now a commentator, told a tournament television program.

An online poll by the News Corp media group found that 83% favored the government trying to deport Djokovic.

“I would just say though, you know, just get vaccinated. That is the key,” said Daniel Andrews, premier of Victoria state where Melbourne is the capital.

There may also be resentment in the dressing room, where all but three of the top 100 men are inoculated.

“Sometimes your personal beliefs have to be trumped by what’s good for the greater good, for those around you, for your peers,” tennis great Martina Navratilova told Australian TV, urging Djokovic to “suck it up” and go home.