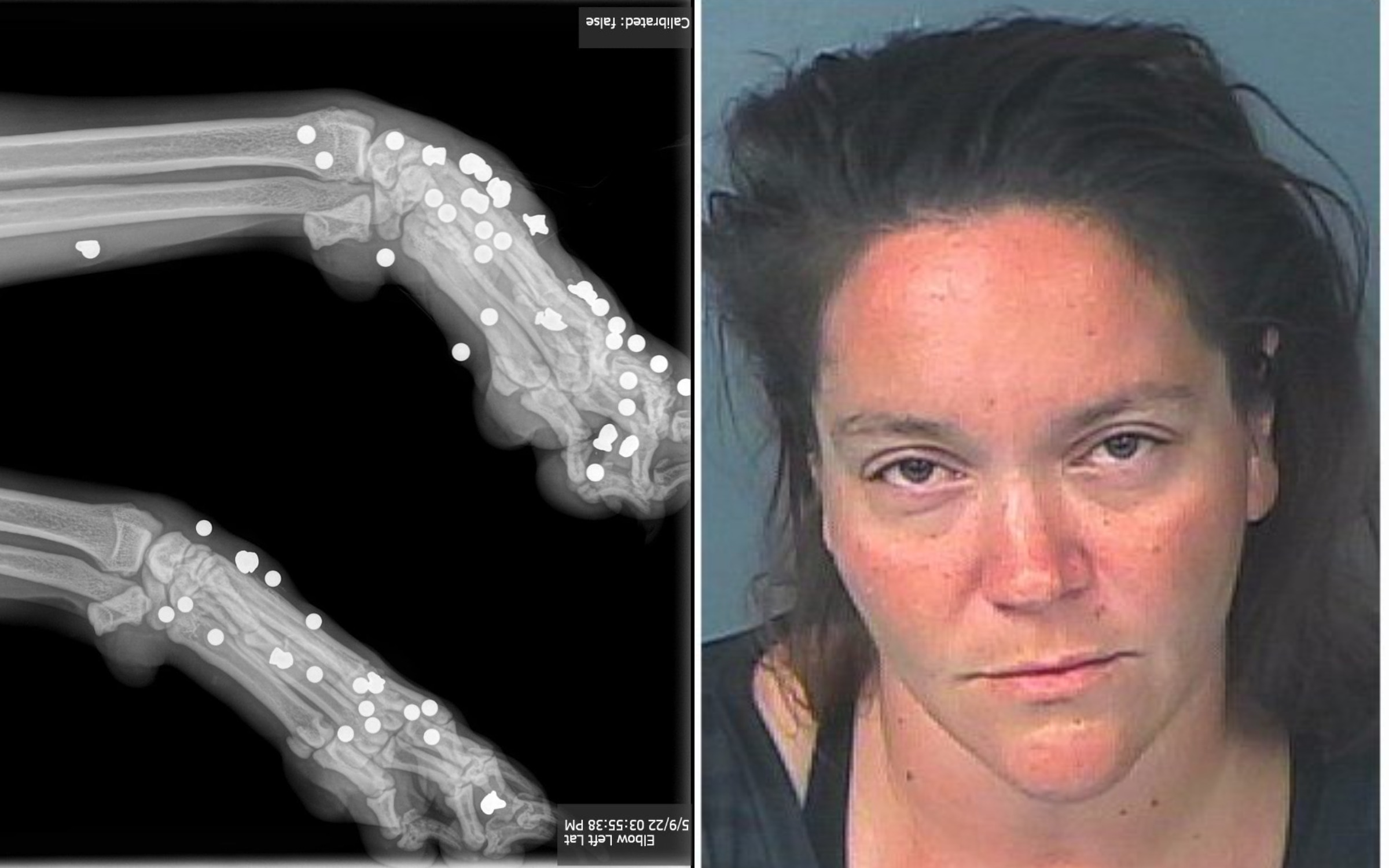 A dog owner in Florida has been arrested after officials say she used a BB gun to shoot her pets trying to dig their way out of her yard.

According to the Hernando County Sheriff’s Office (HCSO), a neighbor reported the woman after hearing the sound of a BB gun being fired followed by cries of dogs being hit. Over a period of 30 to 45 minutes, the neighbor said they heard a BB gun fire around 15 times.

The woman, Jamie Lynn Kujawa, was arrested on May 10 after scans found over 173 pellets in the two dogs she willingly surrendered to animal control.

When animal control initially visited the home on April 19, Kujawa reportedly told officers that she didn’t own a BB gun. Injuries and scars were noticed on the feet and paws of all dogs but Kujawa said that they had recently been involved in a fight in which she used a hose to break up.

Kujawa was unable to provide proof of vaccination records and was given a verbal warning by the officer of a 10-day time limit to vaccinate the dogs and provide proof of medical treatment for the injuries.

The next day, a deputy revisited the home and said they witnessed all three dogs now limping in the backyard, according to the HCSO.

After requesting to view the dogs in the home, the deputy noted that two of the dogs seemed to have new, fresh wounds on their paws and legs. The injuries did appear that they could have been caused by fighting, according to the HCSO, but the deputy was unable to touch or inspect the dogs due to their aversion to being touched.

Consistent, routine checks were performed by animal enforcement officers over the next week and on May 3, Kujawa surrendered two of her three dogs to Hernando County Animal Services (HCAS).

Kujawa was consequently arrested at her home on multiple counts of aggravated animal cruelty and a third dog, three cats, a ferret and a bird were all removed from her possession. An investigation by the officers found that she used a BB gun to shoot at the dogs when they attempted to dig under the fence to get out of the yard.

A person who commits animal cruelty or aggravated animal cruelty against more than one animal is able to be charged with a separate offense for each animal in Florida.