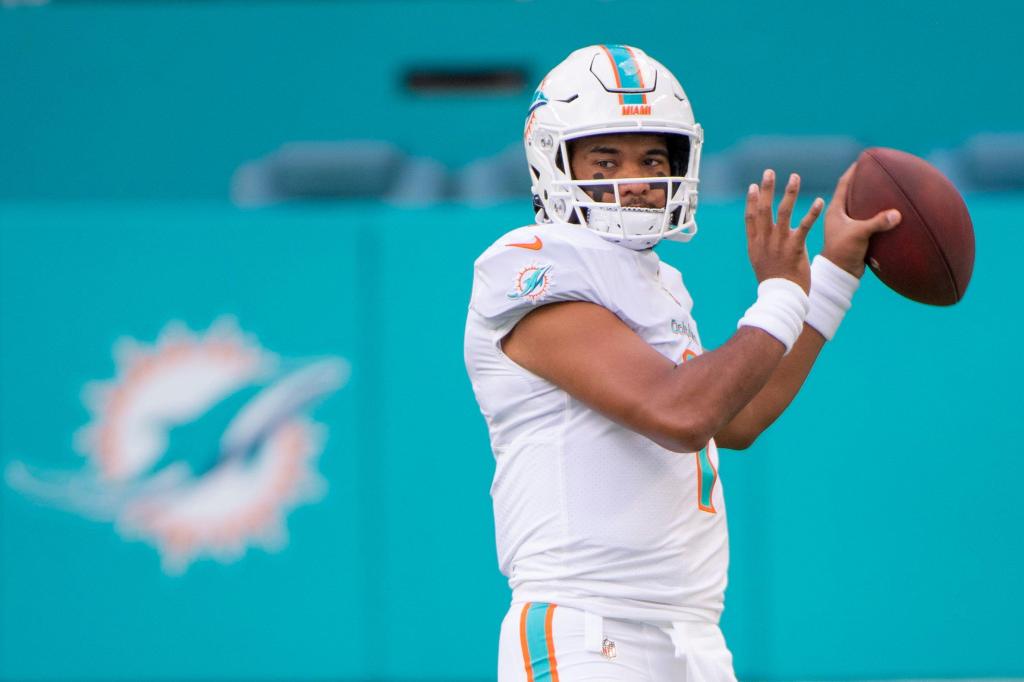 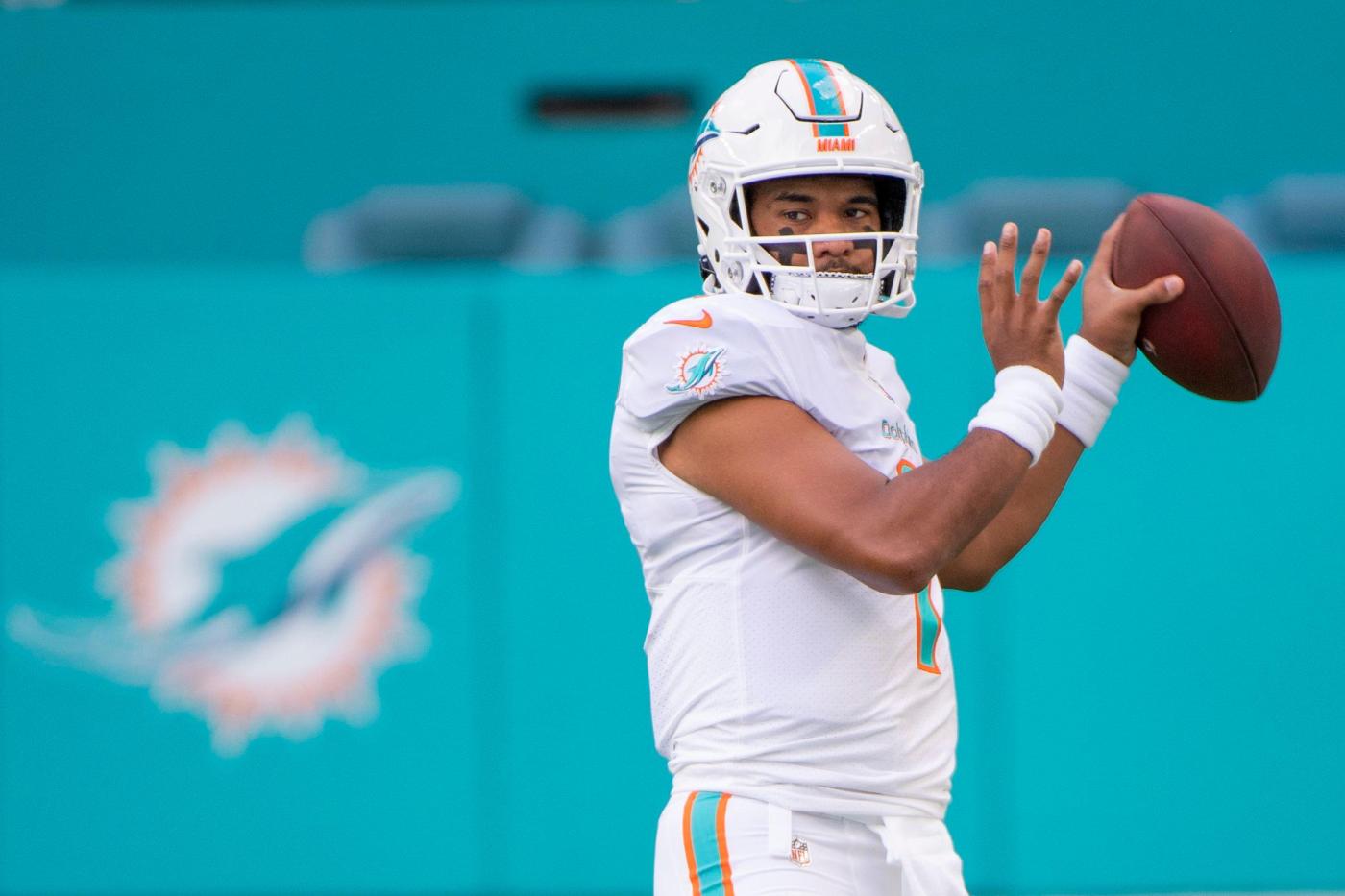 It’s a bye week for the Miami Dolphins, but it’s never an off week for Tua Tagovailoa. He’s a 24-7 talk show for some reason. NBC’s Chris Simms felt the need to call out “idiots” who think the Dolphins quarterback is better than New Orleans’ backup Taysom Hill.

Who debates such things?

New York Giants defensive back Logan Ryan apologized for saying that as a high-school quarterback he was, “a lot like Tua. I was a lefty, I could throw two-yard passes to the left.” This after Tua beat his team.

If Tua is the topic on a quiet Dolphins Sunday, here’s Topic A: When his job was on the line, when general manager Chris Grier and coach Brian Flores wanted to trade him for Deshaun Watson, Tagovailoa went out and saved everyone’s jobs.

At 1-7, it was Tua and a newfound defense that set the season upright again and took the heat off Grier and Flores. That doesn’t mean it’s the season anyone wanted. It doesn’t even mean they won’t try to replace Tua at year’s end — but it’s trending that way, right?

It’s tough to envision Tagovailoa or anyone else doing much better in this Dolphins offense given what he’s been given — and what he hasn’t. A bad offensive line. A receiving corps built with injured parts. A running-back position that has tryouts each week.

This is such a miscast cast around him the only proper conclusion to make — given all that is Tua — is succeeding in the only way he can this season.

Throw quick? Throw short? Sure, the Giants’ Ryan was right on that account. It’s like a high-school offense. But is that really Tua’s fault or design? And why didn’t Ryan stop him? How did Tua complete 30 of 41 passes for 244 yards and two touchdowns as the streaking Dolphins pulled off their fifth straight win?

You can bury your nose in analytics to defend or denigrate Tua. He’s the seventh-rated quarterback by ESPN’s calculated quarterback rating. He’s 20th by yards-per-attempt average. He ranks high in every fourth-quarter metric suggesting he’s a closer. But the Dolphins have never trailed in a fourth quarter on this win streak so the tough questions haven’t really been asked considering they’ve faced offenses run by the likes of Joe Flacco, Cam Newton and Mike Glennon of late.

The Dolphins coaches have settled into a general formula for this limited offense: Up-tempo if the game is close or at the start of a half; and clock-milking conservative to ride the defense the rest of the time. Which is most of the time.

Tua’s role is of a shrewd basketball point guard. A nice bounce pass here. A timely lob there. He’s Chris Paul playing tic-tac-toe down the field, not Tom Brady throwing deep. Is that who he is? Or is this what the season demands?

Simms is right that, “you don’t need to draft a quarterback at No. 5 to throw the ball 5 or 6 yards over the middle.” Gus Frerotte did that winning six straight games to end the 2005 Dolphins season.

But it’s fool’s talk to compare him to New Orleans’ Hill throwing, “the ball 30-50 yards down the field, things they don’t even ask Tua,”as Simms said.

More than Hill, Tua’s season is playing out like short-passing Mac Jones in New England. Jones, however, is a rookie drafted with a better organization, better run-game support, louder national applause — and no durability issues. That’s a forever concern with Tua.

Bottom line: No one’s going to get the answer they want about Tua this season. That won’t stop everyone from seeing their answer anyhow. He’s this generation’s Tim Tebow in that regard. Tua-holics see him as a star. Tua doubters see him limited and brittle.

This Dolphins season has an eight-game win streak followed by a near-miss of the playoffs written all over it. People will then salute them and say, as Dolphins fans have for nearly two decades, that next year is the year. The carrot is forever just out of reach.

Maybe the Dolphins accelerate that by trading for Watson? By talking to Russell Wilson or Aaron Rodgers?

That’s for tomorrow. For now, the big takeaway during Miami’s bye week is Tua is playing well enough to save jobs. The general manager. The coach. Maybe, just maybe, he’ll save his job, too.