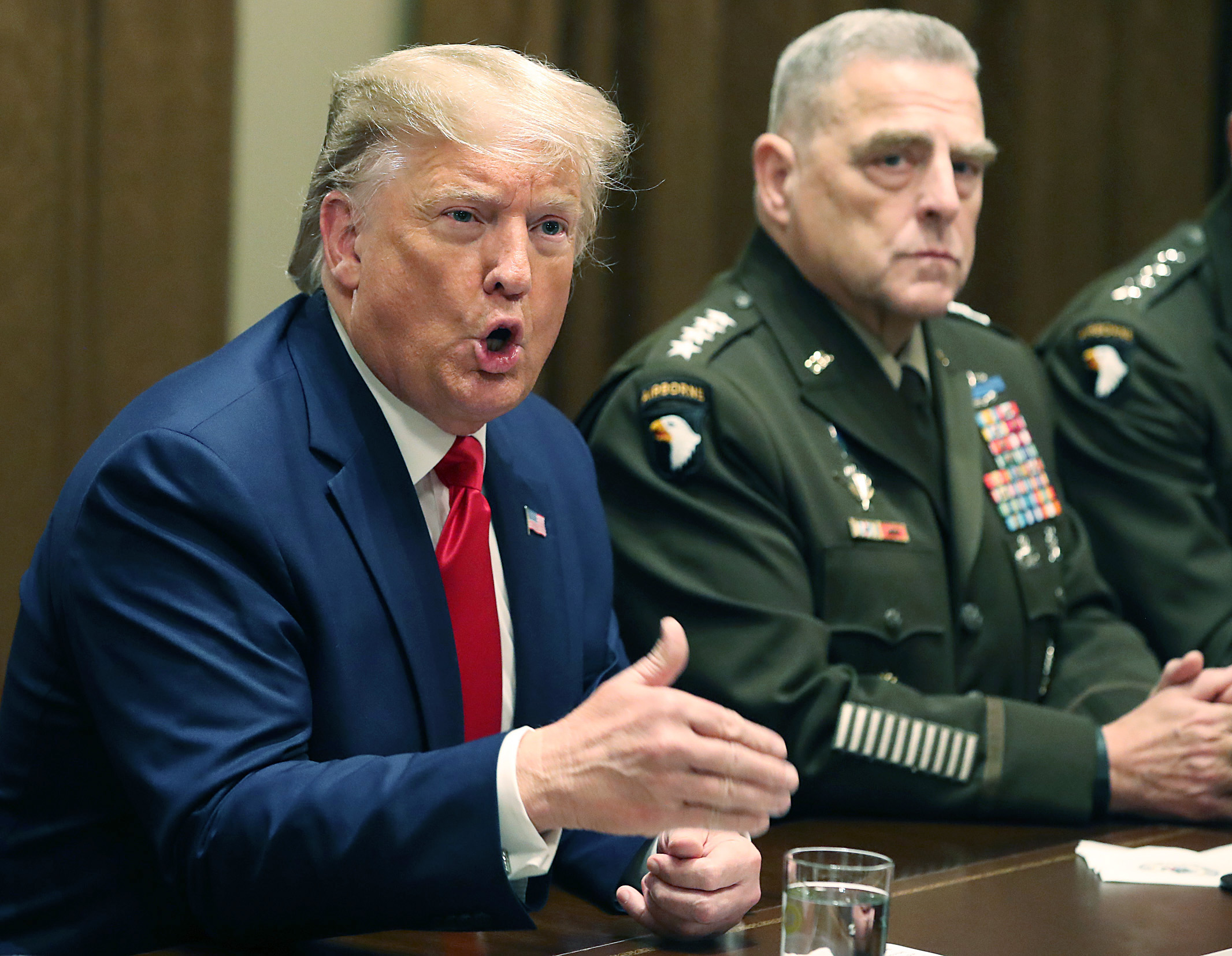 In this daily series, Newsweek explores the steps that led to the January 6 Capitol Riot.

One if by land, north side of Lincoln Memorial” on the Potomac river, Kelly Meggs posted on an encrypted Signal group chat on January 2, portentously referring to the famous Paul Revere ride from the American revolution. All during the day, organizers and protestors who would later be indicted for their roles on January 6 spoke of a quick reaction force (QRF) that would wait on the shore of the capital city ready to bring in weapons.

Meggs, 52, a Dunnellon, Florida, resident and self-described leader of the state chapter of the Oath Keepers, compared the storming of the Capitol building to the Boston Tea Party of 1773. On January 2, he posted a map of the city showing two water landings near the Lincoln Memorial and then further south near the tidal basin on Ohio Drive, labeling them QRF rally points where protestors might pick up their “long” guns.

Joshua James, another indicted protestor, received a message that same day asking about weapons. He advised an unindicted friend that it would be better to leave them home, that the “QRF will have weapons.”

Others—Derek Kinnison (“midnightrider”), Tony Martinez (“blue collar patriot”), Ronald Mele (“redline”), and Erik Scott Warner (“silvirsurfer”)—discussed their own weapons plans. In a photograph taken on January 2, the four men posed, making a hand gesture associated with the Three Percenters, before getting in an SUV and driving cross country from Temecula, California, to the nation’s capital. They called themselves the DC Brigade. Kinnison also posted an image of himself with a bandolier of shotgun ammunition around his body. “We will have lots of gear from medical kits, radios, multiple cans of bear spray, knives, flags, [armor] plates, goggles, helmets,” he posted.

The Daily Beast reported that day that protesters were discussing bringing guns to the District, as well as breaking into federal buildings and attacking law enforcement. Fox News reported a social media declaration by Proud Boys Leader Enrique Tarrio that his organization would come to the Joint Session of Congress prepared for violence.

The Metropolitan Police Department also issued a warning to the U.S. Capitol Police and the National Park Service that it had received information via its tip line that “there [were] detailed plans to storm federal buildings.”

Oblivious, the new Acting District of Columbia Police Chief Robert J. Contee III met with Mayor Muriel Bowser. He recommended a curfew be declared for the night of January 6, anticipating the kind of violence that followed the earlier December protest—violence between pro- and anti-Trump forces that came after a day of peaceful protests. Bowser replied that she wanted to keep a curfew as an option but would wait to see how protestors behaved on the night of January 5 before deciding.

Meanwhile Contee also spoke to Capitol Police chief Steven Sund, and the two agreed that there was no need to change any of their previous plans and arrangements made for the 6th. The Capitol Police thought it could handle the situation with the already assigned DC police.

Meetings were also held at the Pentagon to discuss the Mayor’s request for D.C. National Guard support to alleviate the load of the MPD. In light of assurances that the Defense Department received from the FBI and Department of Homeland Security—that is, that they didn’t have any specific concerns about the upcoming protests—there was no particular rush. A final decision on military support, Secretary of the Army Ryan McCarthy told D.C. officials, would be coming on January 4, there being no emergency to move any quicker. The D.C. National Guard continued to plan for a 300 strong force—150 per shift—to be on the streets. There was also their own QRF of 40 men stationed at Andrews Air Force Base south of the Capitol in Maryland.

If law enforcement officials were all underplaying the possibilities for violence on January 6, Army Gen. Mark Milley was practically panicking. Milley had told his closest aides that he believed President Donald Trump was stoking unrest with the hope of using it as an excuse to invoke the Insurrection Act, and thereby call out active duty military troops. Under the Act, those troops would then be relieved of the restrictions of Posse Comitatus, the Civil War-era law which limits the powers of the federal government to use military personnel to enforce the law. (One of the exceptions to Posse Comitatus is specifically when the president invokes the Insurrection Act.)

Milley told his closest colleagues that listening to the president was like reading George Orwell’s “1984”: “Lies are truth. Division is unity. Evil is good,” he said, according to Carol Leonnig and Philip Rucker’s “I Alone Can Fix It.”

On the night of January 2, Milley was told that The Washington Post was going to publish an op-ed by all ten living former secretaries of defense warning Pentagon leaders that they should never allow the military to be used to settle election disputes or interrupt the peaceful transfer of power. The message was largely meant for Acting Secretary of Defense Christopher Miller, who was an unknown to the group now speaking out. No one knew for sure what his views were, nor whether he was working with the president and White House. (According to Miller’s own account, as told to Jonathan Karl in “Betrayal,” he was not.)

Starting after the New Year, Milley and his staff monitored their Dataminr accounts intensely, checking “several times a day” for any signs on social media of civil unrest or protest plans indicating violence. The private company ingests over 500 million public tweets daily looking for breaking news and early warnings, providing tip-offs. But given that Twitter had already started aggressively censoring users, almost every January 6 protestor had already moved to other social media platforms.