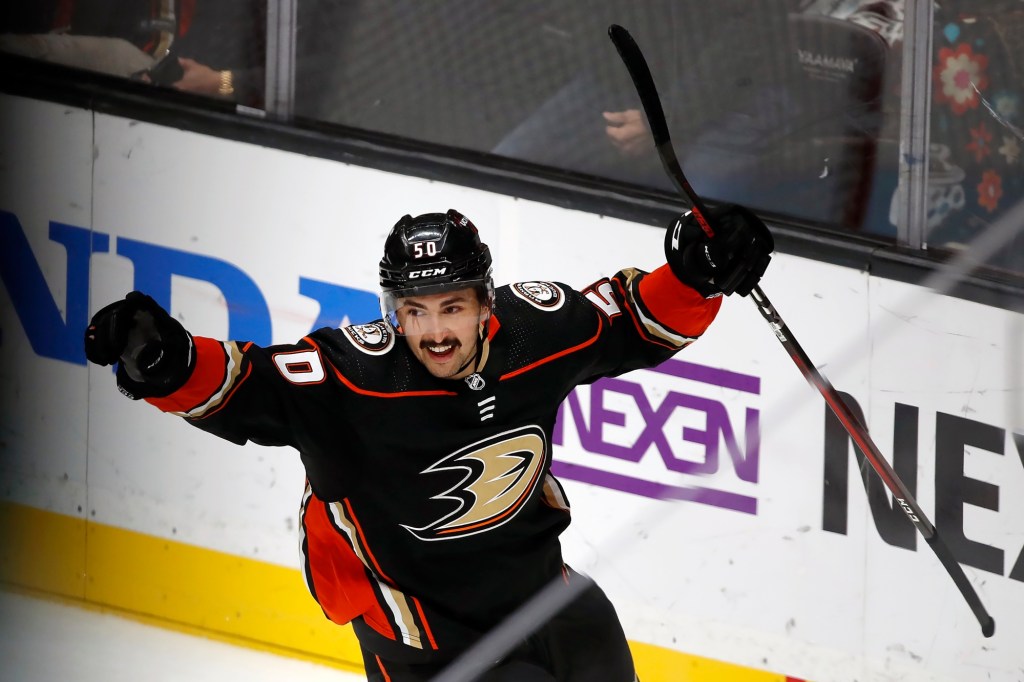 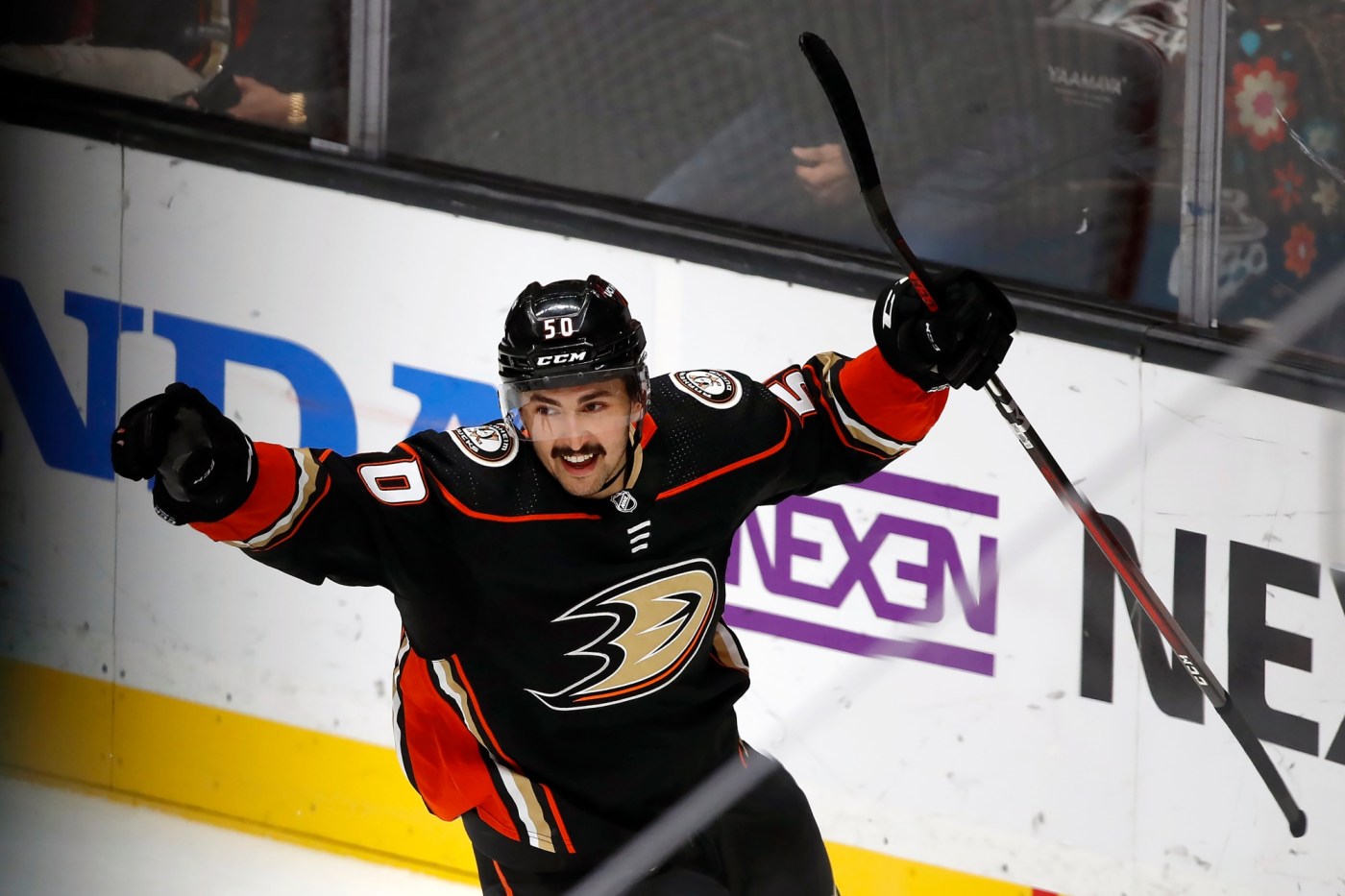 IRVINE — Bo Groulx arrived at training camp determined to make the Ducks’ opening-night roster. When he secured a spot in the lineup, centering their fourth line for their Oct. 13 victory over the Winnipeg Jets, his mission was to stay there. Now that he’s played all 13 games, he wants more.

Groulx isn’t the first player to start his career in this manner. He’s not even the only Ducks rookie to be in the same position this season. After all, most players don’t arrive in the NHL with trumpets blaring and roses tossed in front of them in their honor as they begin their careers.

“I think I’ve played pretty well,” said Groulx, a 21-year-old center who also has played left wing this season. “I’ve made some really good strides since the beginning of the season. I’m getting a little bit more confidence, especially offensively. I’m trying to make a little bit more plays.

“It’s been nice so far. I think I’m making strides.”

Groulx’s development was in evidence during the Ducks’ 4-1 victory Sunday over the St. Louis Blues, when he scored his first NHL goal and also assisted on Sam Carrick’s tying goal in the second period. It was Groulx’s first multi-point game, giving him three points in 13 games.

Production for Groulx doesn’t necessarily mean goals and assists, although anything he can add only increases the Ducks’ depth scoring. What they need from him is a consistent, 200-foot game, sound play in his own end of the ice, strong penalty-killing and key faceoff wins.

Hard work enabled Groulx to make the jump to the Ducks after only one season with their AHL team, the San Diego Gulls, after a stellar career in the Quebec Major Junior Hockey League. Groulx had 10 goals and 19 assists in 42 games with San Diego last season, then he really went to work.

“The first thing he did is he improved his skating, which is really hard to do,” Ducks coach Dallas Eakins said. “Once you skate a certain way, you skate a certain way. His dedication to doing that since he first showed up, it’s like night and day. That was his biggest hurdle. Incredible work and discipline.”

An assist for Groulx’s rise through the ranks should go to his teammates, according to Eakins. Seasoned veterans such as Carrick, Derek Grant and Nicolas Deslauriers have mentored Groulx. Carrick and Grant have formed a tight bond with Groulx while teaming to make up a reliable fourth line.

“Everyone is just trying to help,” Eakins said.

Groulx has helped himself, too.

He is often one of the first players on the ice before practice begins.

“He’s hungry to be an NHL player,” Eakins said. “Just because he made the team out of camp, I don’t think it means a whole lot to him. I think he’s quietly very proud of himself. He comes in every day with that mindset of fighting hard every day to stay another day, and I think that’s a great way to go about it when you’re that age.”

Goaltender John Gibson stopped all but one of the 63 shots he faced in two victories, including one shutout, and was named the NHL’s third star for the week ending Sunday. He had a 2-0-0 record, with a 0.50 goals-against average and a .984 save percentage in two games.

Overall, he has a 5-2-2 record, a 2.40 goals-against average, a .923 save percentage and one shutout in nine games this season. He has a three-game winning streak, dating to Oct. 31, and the Ducks have won four in a row, having swept a four-game homestand.