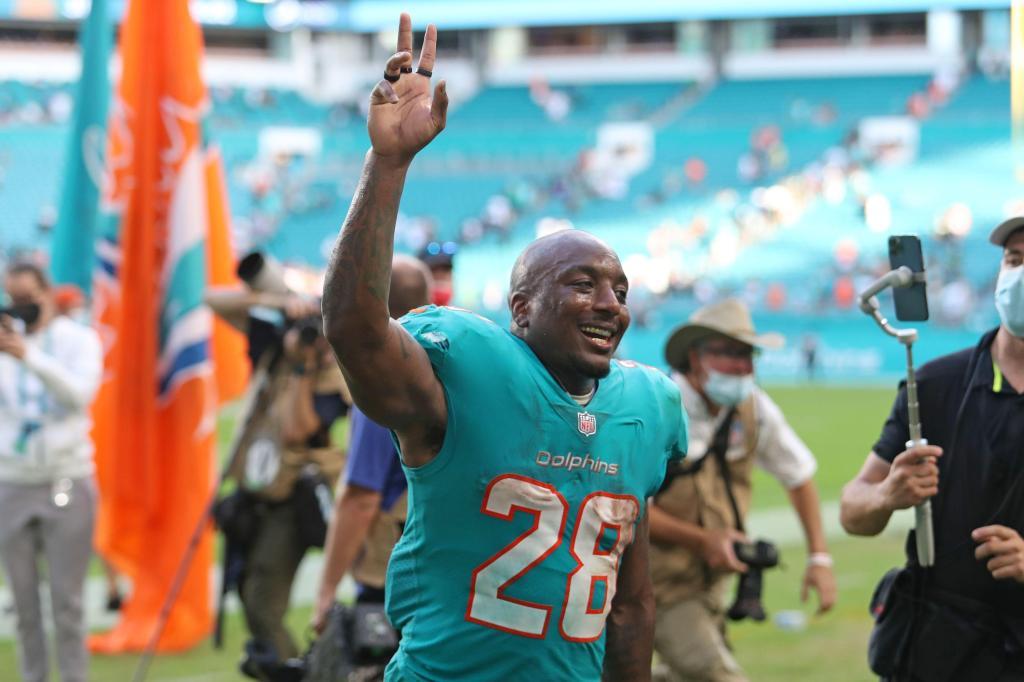 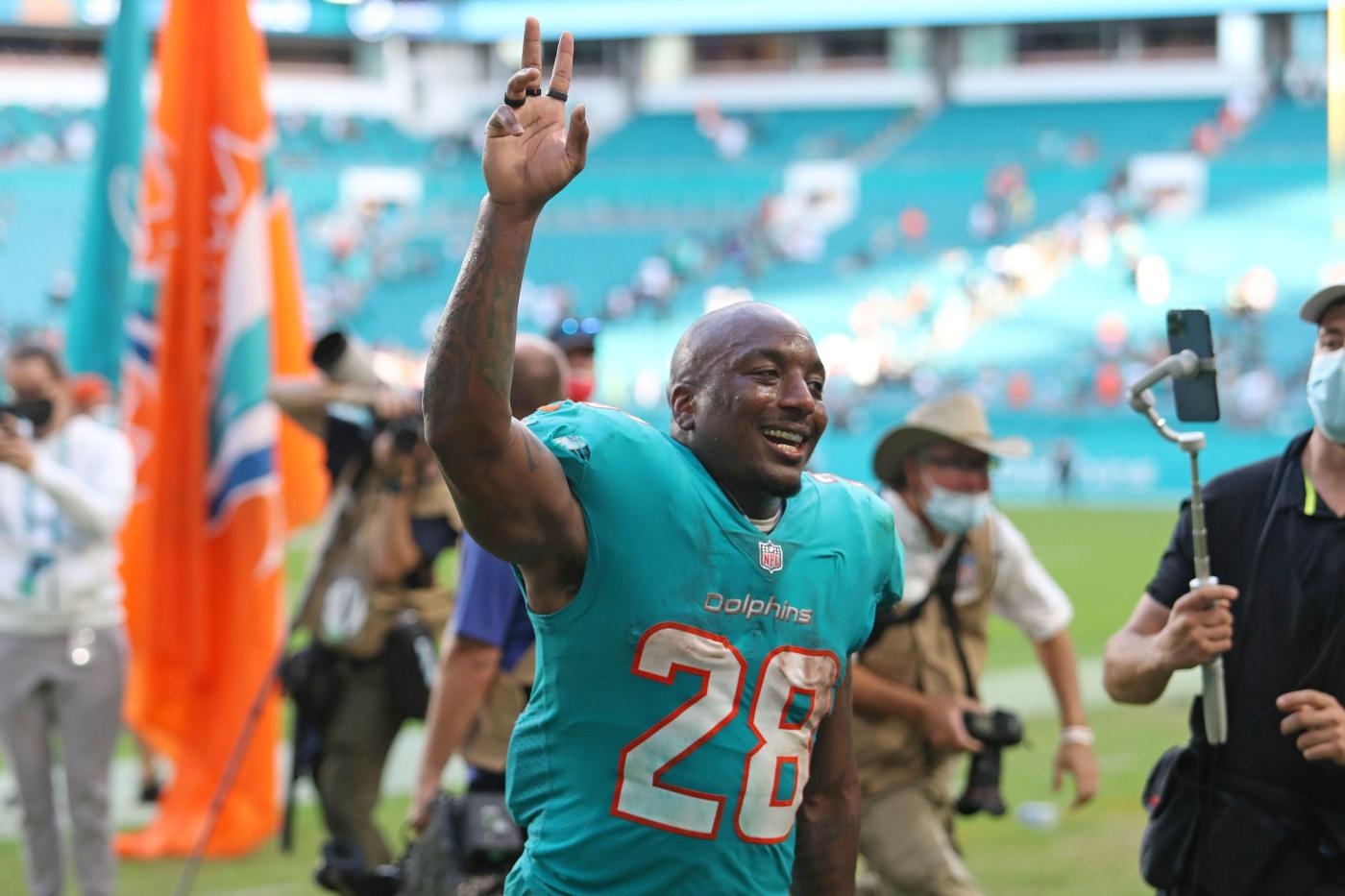 There were Saturdays Duke Johnson saw football as his future, and Sundays he saw it as a business, but all these games later he saw it as something he never expected to again. It was something we’d all like to see for ourselves again, just once, even if we know we can’t.

He saw it as a college kid again.

“It was just like my college days,” he said late Sunday afternoon, a smile creasing his face.

Back then, he was the can’t-miss kid for the University of Miami, the one who grew up a few minutes from Hard Rock Stadium and ran with such abandon his first college game in 2012 that Miami Heat star LeBron James tweeted, “Duke Johnson is The Truth for the U.”

Now, at 28, he isn’t anyone’s truth. Just this season he was cut by Jacksonville, unemployed a month, signed to the Miami Dolphins practice squad and, truth be told, elevated to starter Sunday simply because he was the last running back standing this past week.

So Johnson was just trying to carve a job for himself Sunday when carry after carry, yard after yard, the years melted away, the yards piled up and Hard Rock Stadium recognized something special happening. This Duke was that Duke again. This man was “The Truth” this one day.

It was the sound of good job and great game and, most of all, a welcome home. Johnson didn’t just have a big Sunday in the Dolphins’ 31-24 win against the New York Jets. He had the kind of day no Dolphin has had this year, the kind Johnson never has in seven years of Sundays.

Johnson ran 22 times for a career-high 107 yards and two touchdowns. He ran in a muscled manner, scoring from 1-yard out and then from 6 yards up the gut, that made you re-examine some Dolphins issues. Was the over-riding problem this Dolphins (7-7) season the offensive line? Were running backs just as much to question?

The myopic view didn’t change for the linemen.

“Same ol’, same ol’, really,” guard Robert Hunt said. “All year we want to get the run game going. Today it was in our favor, I guess. It felt good blocking for anyone. Duke made plays, Myles [Gaskin] made some plays. It felt good.”

This was the Jets (3-11), the 29th-ranked run defense, so there’s that to factor in. Then again, this was the Dolphins’ 31st-ranked rushing attack. It hadn’t had a 100-yard rusher this year — until Sunday. It averaged 3.3-yards a carry — compared to Johnson’s 4.9 this game.

There was nothing breakaway about Johnson, as there was in his electric youth. His longest run was for 12 yards. But it was the constant pounding of 4- and 5-yard carries that was a missing ingredient this year. It was all needed Sunday, too, to stave off the toothless Jets.

“Definitely gave us a spark,” Dolphins coach Brian Flores said. “Ran it well. Ran hard. Picked up first down. Picked up tough yardage and in a lot of instances where they knew we were running.”

This wasn’t an impressive Dolphins win, but that’s fine. Winning six straight is impressive enough. The lost season is back to .500. It’s not the disaster it looked to be in October. Johnson wasn’t around for much of that. He was a big reason for this Sunday came with a drop of nostalgia.

“I remember him playing that well, vividly, when I was at Virginia Tech,” Dolphins receiver Isaiah Ford said. “We played Thursday night and he ran for like 240 yards. So I’ve seen him play like that.”

Johnson isn’t that kid anymore. He’s seven years into a running back job that ages bodies in dog years. He’s bounced among teams, kept looking for a job, then when he got it on the Dolphins practice squad he was just waiting for a chance.

When COVID-19 issues hit the position, he was the healthy one. He started Sunday. He starred, too.

“That was pretty neat,” he said.

Playing an NFL game 10 minutes from his Norland High School and on his college field was something he dreamed about. But maybe this wasn’t a storybook ending, if this one Sunday turns into another. Maybe a storybook beginning?