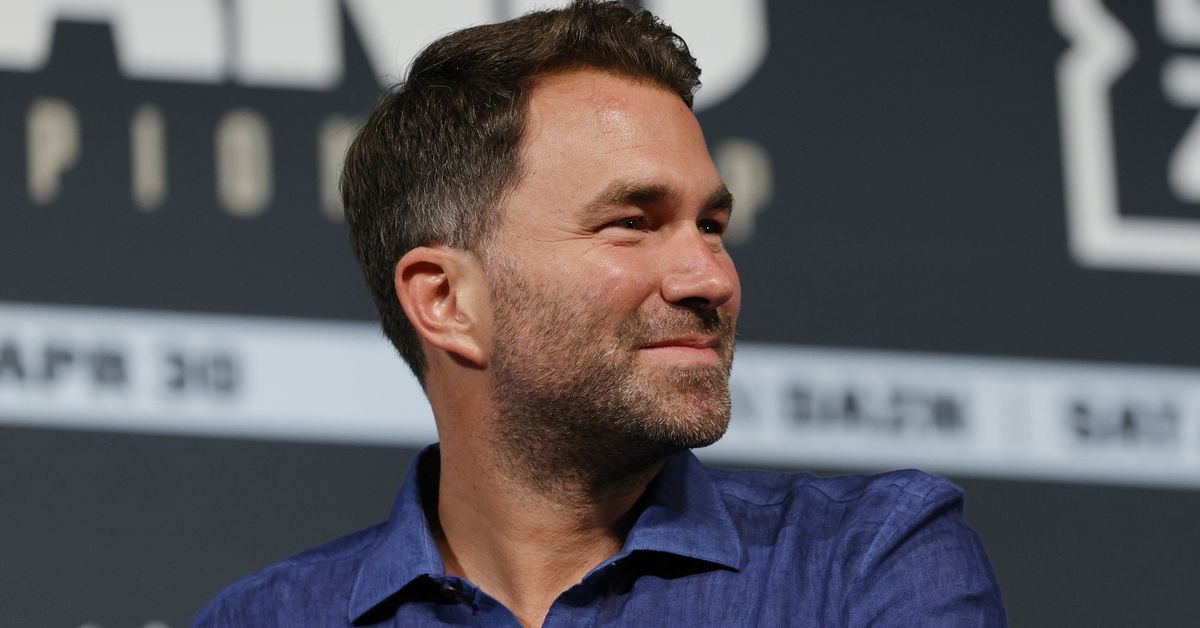 Promoter wars rage on! During this video interview Matchroom promoter Eddie Hearn talks about some of his upcoming plans and then fields a question about his ongoing beef with Mayweather Promotion’s Leonard Ellerbe, which may just be entering Khan-Brook territory.

“I ain’t that bad, am I?” Hearn said. “For someone who doesn’t know what they’re doing and he’s basically the #1 promoter in the world globally, but I don’t know what I’m doing, okay. Leonard Ellerbe, he’s not even a promoter, really. He just works for Floyd Mayweather. ‘Canelo Alvarez only did 300,000 buys’ — it didn’t, it did more than double. Ask DAZN, I’m sure they’ll be announcing stuff soon. But what’s it got to do with you?!

“I mean, if he’s not careful, if Gervonta Davis’ contract is up, I may just have to break the bank to sign Gervonta Davis. Just purely for entertainment. Can you imagine me standing there with Gervonta, going ‘How you doing, Leonard? How are ya boy?’ (laughs).

“Like the level I operate at, Leonard Ellerbe doesn’t sort of come into the vision, but I’m sure he’s a nice guy.”