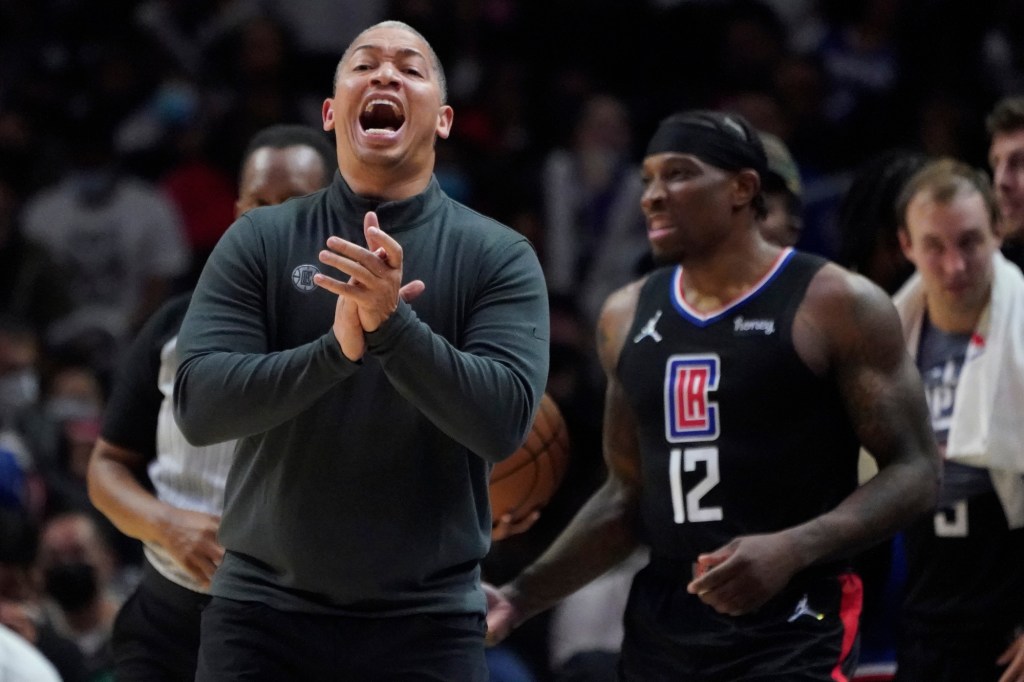 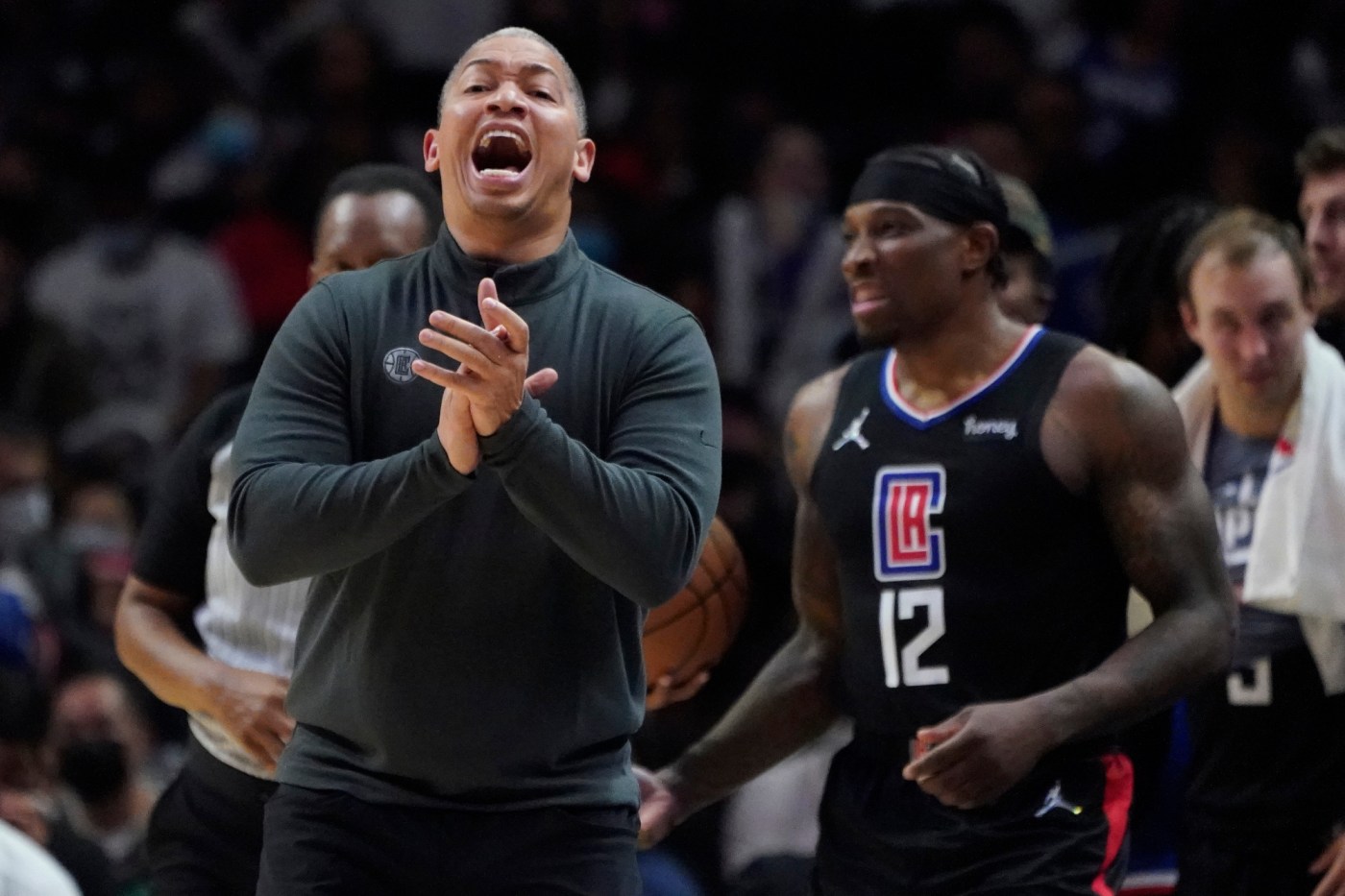 LOS ANGELES — Congratulations, Clippers. You’ve made it one-third of the way through the NBA schedule and unlocked a new level: Hard.

Short-handed again Saturday, they needed some “Big Government” assistance from the aptly nicknamed Reggie Jackson, who dug deep to bail out his teammates by scoring or assisting on 11 of his team’s final 12 points — including hitting the game-winning step-back to sneak past the floundering Orlando Magic, 106-104.

It was the Clippers’ third consecutive victory and improved their record to 15-12. That’s commendable, if only considering they’ve had players miss a combined 104 games already — more than any other in the league, per spotrac.com, and that one of those players has been their biggest star (Kawhi Leonard is out indefinitely as his surgically repaired ACL heals).

Throw in a pair of five-in-seven-game sets to an unrelenting game-every-other-day NBA schedule and it starts to feel as though the team ought to have earned an endurance badge.

What they get is the Phoenix Suns and Utah Jazz.

The Clippers will play consecutive games against two of the league’s top-tier teams, starting with Monday’s matchup against the Suns (an NBA-best 21-4) at Staples Center and then Wednesday’s game at Utah (19-7).

It’ll be the first meeting against either squad, both of which the Clippers met last postseason in their historic first trek to the Western Conference finals. In the second round, Coach Tyronn Lue led the Clippers back from down 0-2 and the loss of Leonard to defeat the Jazz in six games before they succumbed to the Suns, sans Leonard, in the conference finals, also in six.

Now, these next two opponents are something of a harbinger: The remainder of the Clippers’ schedule figures to be one of the toughest facing any team — and, according to tankathon.com, the toughest. They’ll have four games to go against Phoenix, three against the Jazz, two more against the Golden State Warriors (21-5) and two apiece against the Brooklyn Nets and Milwaukee Bucks, who are 17-19 and 18-8 respectively entering play Sunday.

Phoenix didn’t lose at all in November and has dropped only one game since Oct. 27 — to the Warriors, on the road.

After beating Boston handily Friday, the Suns will have had the full weekend to prepare for the Clippers — still not as long, however, as the Jazz. Utah gets a three-day break between its win over Washington on Saturday and tip-off Wednesday, when they host the Clippers at Vivint Arena, where they were 31-5 last regular season.

These next contests would be a challenge for the Clippers even if Paul George and Nicolas Batum were assured to be in the lineup, and as of Sunday morning, that wasn’t the case. George has missed two consecutive games with an ailing right shooting elbow and Batum skipped Saturday’s victory after rolling his right ankle Wednesday, in his first game back from a few-week hiatus due to COVID-19.

With or without those to integral players, the Clippers will be tasked with trying to solve teams that rank in the top five in the league in just about every notable offensive category:

And so it adds up that the Jazz have outscored opponents by a grand total of 290 points this season (second-most) and the Suns by 174 (third).

But as the adage goes, you can take only one bite at a time, and so the Clippers players hadn’t even looked ahead Saturday afternoon, Terance Mann said, noting that he and his teammates had bitten off all they could chew with the Magic.

“We haven’t talked about it or looked that way yet. We were kind of just focused on today’s game,” he said, cognizant still of the challenge looming Monday with their matchup with last season’s NBA Finalists. “But they’re a great team. … They’re feeding off their run last year, they’re still going, they’re still hot, so we’re just gonna have to be locked in on the gameplan and do what we gotta do.”

And what the Clippers do — what they’ve done so far — is bought into the notion of competitive adaptation.

“We got a group of guys who can do it and they’re excited about doing it,” said Mann, the third-year wing who has started the past two games and played just about every position on the court throughout the season.

“We’ve built a culture here where people know that they’re going to have to play different positions and, night-in, night-out, you never know what’s going to happen just because we’ve got so many moving pieces and injuries and stuff. People are prepared for that going into games, so that’s the mentality.”

It’s a mindset cultivated by Lue and one that isn’t lost on Suns Coach Monty Williams, who told reporters: “He’s had his hands full with injuries and been able to not only keep them afloat, but they’re one of the best teams in the league when you look at them top to bottom. … He utilizes his team about as good as anybody.”

Monty Williams breaks down #Clippers heading into Monday’s game in the first meeting since the Western Conference Finals #Suns won in six. pic.twitter.com/kBfccVLC5G