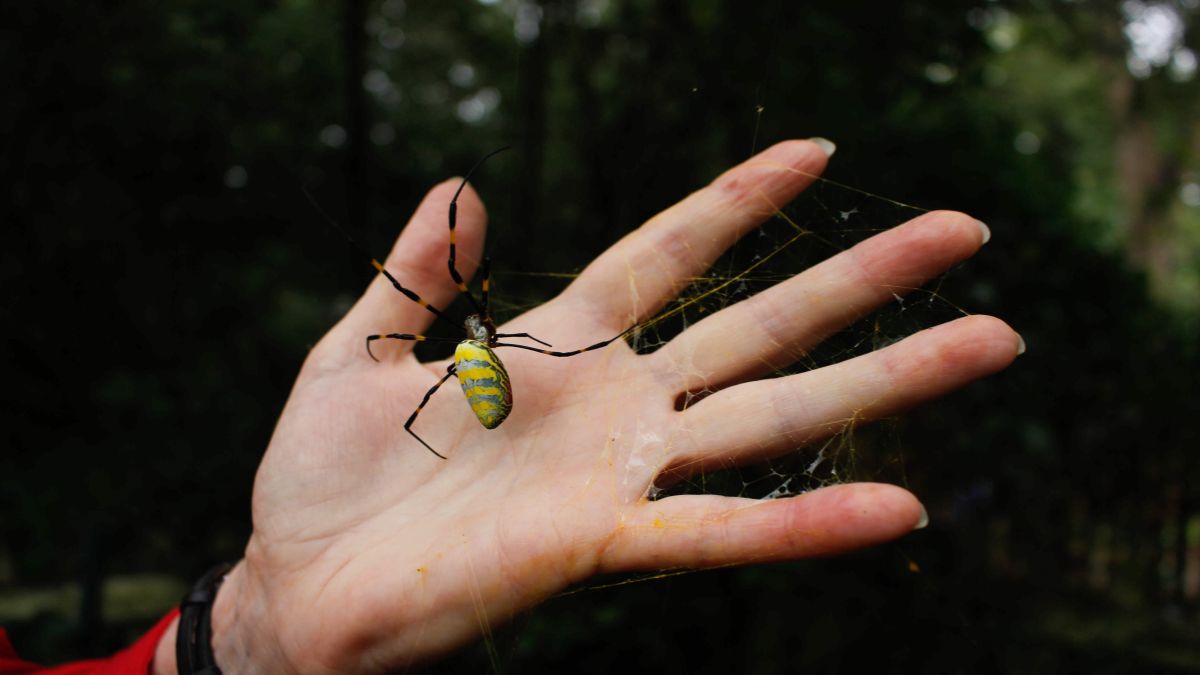 Porches, power lines, mailboxes and vegetable patches across more than 25 counties in the state have been draped with the dense, wheel-shaped webs of the bright-yellow Joro spider (Trichonephila clavata), an invasive species originating in East Asia.

The first of the 3-inch (7.6 centimeters) spiders was spotted 80 miles (128 kilometers) northeast of Atlanta in 2014; it likely hitchhiked there inside a shipping container, its discoverer, Rick Hoebeke, the collections manager at the Georgia Museum of Natural History said in a statement.

Since then, the spider’s population and range have expanded steadily across the state, but nothing prepared residents or researchers for the number of spiders they would face this year. Will Hudson, an entomologist at the University of Georgia, said his porch became unusable after being covered by a blanket of webs 10 feet (3 m) deep, and he claims to have killed more than 300 spiders.

“Last year, there were dozens of spiders, and they began to be something of a nuisance when I was doing yard work,” Hudson said in the statement. “This year, I have several hundred, and they actually make the place look spooky with all the messy webs — like a scene out of ‘Arachnophobia.'”

Common to China, Taiwan, Japan and Korea, Joro spiders are part of a group of spiders known as “orb weavers” because of their highly symmetrical, circular webs. Though they are venomous, they use the venom only to immobilise the prey they snare in their webs. The venom poses no threat to human beings, dogs or cats unless they are allergic to it. While the spiders may nip if threatened, their bites are not often strong enough to break the skin.

Most of Georgia’s Joro spiders will probably die off by late November, but this is far from the last we will see of them. Now that the spiders have gained a foothold (or eight) in the U.S., experts believe that the arachnids could spread even farther into other states with similar climates. Female Joros lay egg sacs, spun together with silk, that contain at least 400 babies. When the hatchlings emerge in the spring, they ride the wind on a strand of silk, floating across enormous distances, much like the baby spiders in the E.B. White novel “Charlotte’s Web”.

A lot of invasive species tend to destabilize the ecosystems they enter, but some scientists are optimistic that the spiders could actually bring unexpected benefits. Nancy Hinkle, an entomologist at the University of Georgia, said Joro spiders kill off mosquitoes, biting flies and invasive brown marmorated stink bugs, which have no natural predators and are known for damaging crops.

“Joro spiders present us with excellent opportunities to suppress pests naturally, without chemicals, so I’m trying to convince people that having zillions of large spiders and their webs around is a good thing!” Hinkle said in the statement.