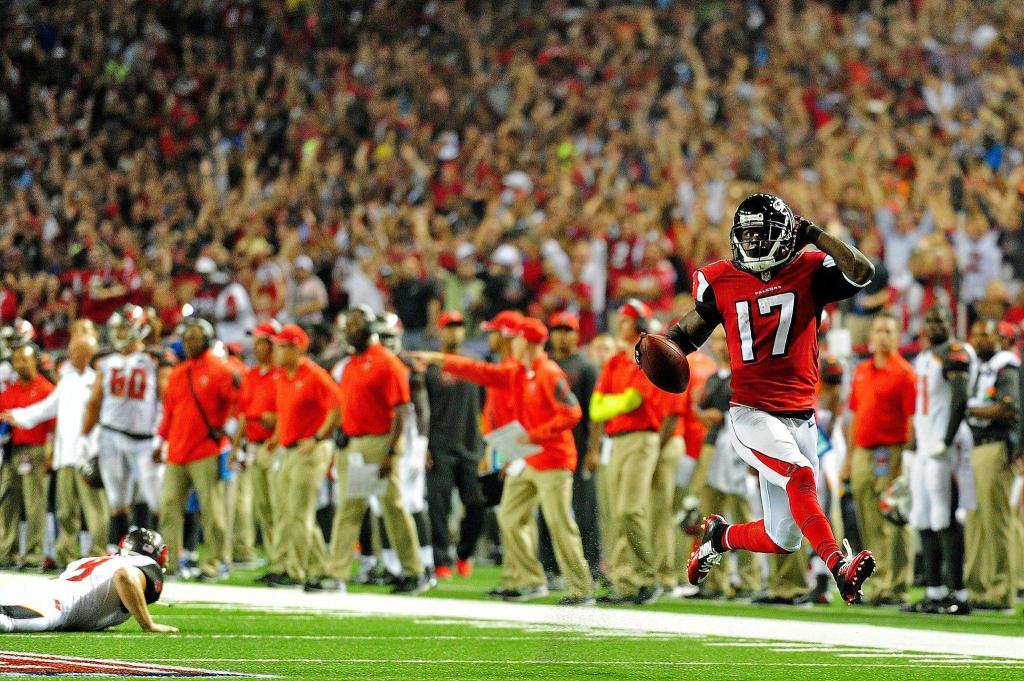 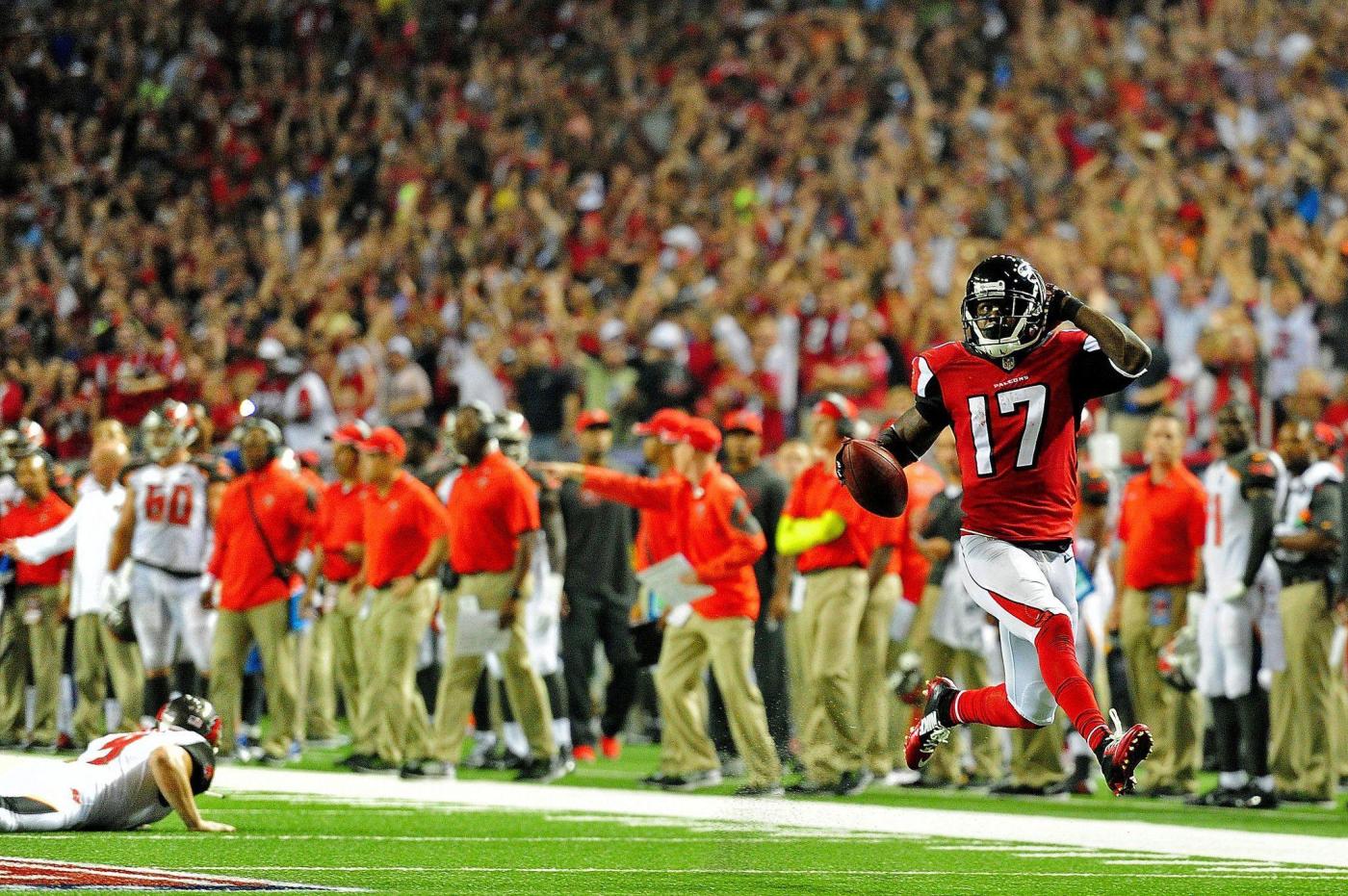 Jakeem Grant estimated he watched the video of his 97-yard punt return for a touchdown against the Green Bay Packers “probably a million times” in the last week. Messages from family and friends with the replay of the Chicago Bears record return poured in, many with the same theme.

Or, as Grant’s friends put it: “Man, Jakeem, you’ve got to be nuts to have the courage or the confidence to catch it at the 3 and do what you did.”

Grant admitted there was some insanity involved, but pregame motivation also played a part. A quick, smart decision was key to the return, as was a promise from a longtime teammate. Some big blocks from Bears special teamers paved the way. And then, of course, the speed kicked in.

Grant, his teammates and special teams coordinator Chris Tabor recounted this week how it all unfolded, from “Oh, no!” to “Wow!” Here’s their telling, with the soundtrack from Bears play-by-play announcer Jeff Joniak leading the way.

‘Bojorquez sends it in the air.’

Days before Corey Bojorquez’s punt went off from the 50-yard line Dec. 12 at Lambeau Field, Grant had worked himself up about what he would do in the return game.

A week earlier against the Arizona Cardinals, Grant misjudged a punt that was downed at the Bears 2-yard line and he was “sick” about putting the offense in that position. Then, as he was preparing by watching game film from the previous Bears-Packers game, Grant determined he hadn’t racked up as many return yards as he should have.

“(Tabor) is like, ‘It’s OK.’ And I’m like, ‘Naw, coach, I’m ticked off. This is the most I’ve been mad in a long time because I left a lot of yards out there on kickoff return and punt return,’ ” Grant said. “He was trying to tell me to calm down, and I was like, ‘I’ll calm down once I get into the game.’ ”

On top of that motivation, the Bears saw an opportunity against a struggling Packers special teams group.

“Because of the Packers’ personnel — their punt team was more bigger bodies than usual — we felt like we had an advantage from the speed standpoint,” Bears defensive back Marqui Christian said. “Especially with JG being one of the fastest players in the league.”

‘Far side of the field, Jakeem Grant retrieves at the (3).’

Bears safety Deon Bush was executing a double team against gunner Equanimeous St. Brown near the left sideline to make sure Grant had room to catch the football, so Bush didn’t realize Grant caught it at the 3-yard line until later in the play. But he wasn’t surprised.

“I know Jakeem is a risk taker,” Bush said. “And shoot, I would be, too, if I was as fast as him and quick as him. I wasn’t surprised at all.”

The Bears traded for Grant in October because of his return prowess with the Miami Dolphins, which included three punt-return and two kickoff-return touchdowns.

Tabor said Grant’s talent allows him to take chances like he did against the Packers.

“Probably to the normal football fans, they’d say, ‘Why would you catch the ball inside the 5-yard line because I think that is what everybody is taught, you know?’ ” Tabor said. “But in the special teams world, if you have a special, dynamic returner, you can stretch it a little bit further. When he caught the ball, players were still 15 to 16 yards away from him. So if players are going to be that far away from him we want to take a shot on goal.”

‘Backs him up. He’s in big trouble at the 5. Reverses course.’

Grant and Damien Williams were teammates with the Dolphins, and when they reunited on the punt-return unit with the Bears, Williams had a message for Grant.

“D-Will, he told me, just follow him and he was going to lead me to the promised land,” Grant said.

When Grant initially caught the football 7 yards behind the 10-yard marker near the left sideline, he saw green grass to his right, and he took six strides that way. Then, as he saw the angle at which several Packers players were coming at him, he told himself, “Oh, no, I can’t run that way.”

“So when I made a sudden stop and I saw (Williams) through a crack through the Packers, I was like, ‘Oh, yeah, I’m going back to the left,’” Grant said. “That’s somebody I can ultimately trust and I know is going to get the job done, and he’s going to do whatever he needs to do to see me succeed.”

Christian was rushing the punter and had fallen to the ground. But when he got back up and saw Grant reversing course, his eyes got big.

“You never know,” Christian said. “It’s like the longest play in football. So you’re just waiting seeing how it will play out. When I’m seeing him go right, I’m like, ‘OK, this might be a bad return.’ But as soon as I saw him put his foot down and go the other way, I already knew. I saw it.”

Just before Grant ran left along the 5-yard line and then turned the corner up the sideline, Bush said he “just kind of felt it.”

“I saw he was like bouncing around a little bit, and I’m like, ‘You know what, let me go find some work because he could come back around the corner,’ ” Bush said. “That’s what we’re taught, to find work.”

Bush jumped in front of Packers linebacker Krys Barnes at the 18 as Grant surged by them. With Christian just ahead of him, Williams pummeled Bojorquez at the 35, and Christian threw himself into running back Patrick Taylor at the 45.

Grant raced ahead, and Christian followed with his hands in the air.

“Once I got around that, I was like, ‘Oh, my God, this is beautiful,’” Grant said. “There’s light at the end of the tunnel. As a matter of fact, there’s light the whole way.”

Grant, who ran track in high school in Texas, reached a top speed of 21.33 mph on the way to the end zone, according to Next Gen Stats, but he said that wasn’t even as fast as he can run because he didn’t want his legs to be dead later in the game.

“Only thing I’m thinking about is just run at a good speed, fast enough to run past them,” Grant said. “A lot of people were like, ‘Were you gassing it? You don’t look like you were gassing it.’ I was just running at a comfortable speed where nobody could catch me.”

It was fast enough to run untouched into the end zone, where he said he started to do a touchdown dance but then abandoned it for celebration with the teammates who raced after him.

“I usually have (a celebration planned) during the week, and I prep for it, and as soon as I get to the end zone, emotions run high, and then next thing you know, it’s like, ‘What was I supposed to do again?’ ” Grant said.

The celebration continued this week as Grant was named the NFC special teams player of the week. The second-quarter score gave the Bears a 24-14 lead in an eventual 45-30 loss.

The football for the record touchdown will go to his mom, Sylvia, who has all of his milestone balls. Grant will hold close the knowledge that he set a return record for the team for which Devin Hester played. Grant said he grew up admiring Hester and uses his example as motivation.

Grant’s teammates already are ready to help him to another one.

“We go into every week thinking JG can do it,” Christian said. “All of the players are aware of JG’s impact on the field and what he’s done already in the NFL in Miami. So we know we just have to give him a chance, and any one could go to the house.”