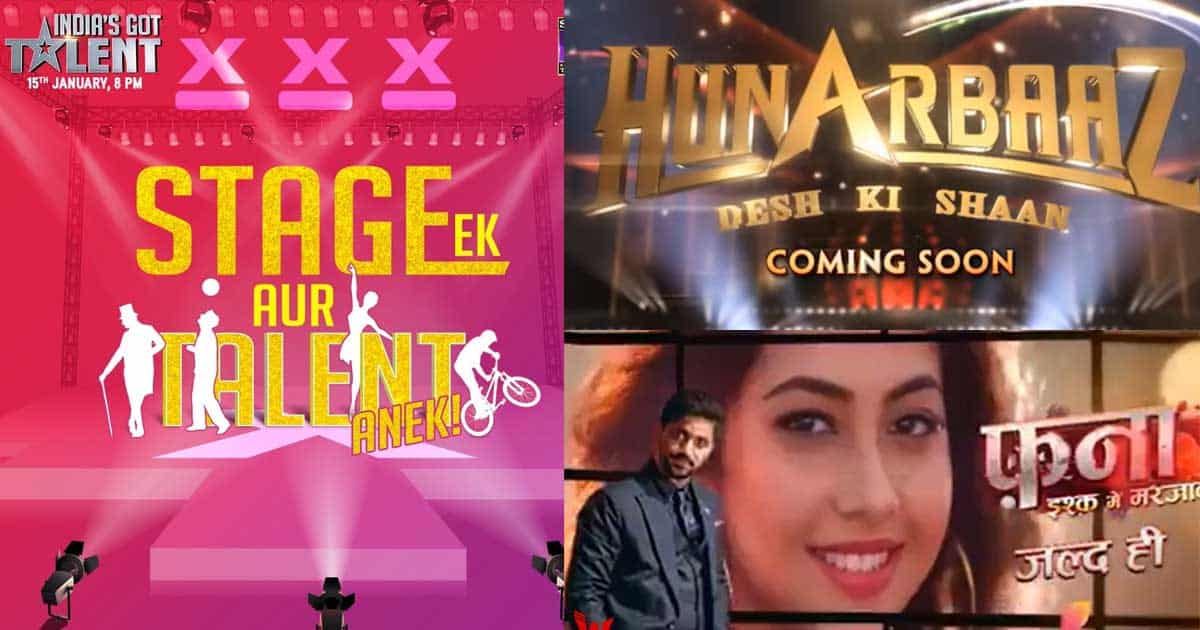 As 2022 has already knocked on the door, we become witnesses to a new dawn. The TV industry is also set to bring some new dramas for its audience. Take a glimpse of what you can watch on your television sets in 2022.

From reality to scripted dramas, there is lots in store for the viewers. Reality shows in 2022 will include Parineeti Chopra, Mithun Chakraborty and Karan Johar Hunarbaaz – Desh Ki Shaan, Kirron Kher, Shilpa Shetty, Badshah and Manoj Muntashir judged India’s Got Talent and more. Some daily soaps shitting the small screen this year include Fanaa – Ishq Mein Marjawaan, Naagin 6 among others.

Hunarbaaz – Desh Ki Shaan will be bringing diverse talents from every nook and corner of the country. Bollywood actress Parineeti Chopra has been roped in for this TV reality show ‘Hunarbaaz’. She will be joining Mithun Chakraborty and Karan Johar on the panel of judges.

The show will be airing soon on Colors.

The show will play along the lines of how a loving family functions. It is a Hindi remake of the Bengali show ‘Khorkuto’. Produced by Leena Gangopadhyay, Rajesh Ramsingh, Pradeep Kumar, Saibal Banerjee, Pia Bajpiee, and Shaika Parveen, the show stars Manan Joshi and Yesha Rughani in pivotal roles.

The family drama ‘Kabhi Kabhie Ittefaq Sey’ air on TV from January 3 at 7 p.m. on Star Plus.

The devotional singing reality show – ‘Swarna Swar Bharat’ will have renowned poet Kumar Vishwas and veteran singers Kailash Kher and Suresh Wadkar as judges and they will evaluate performances of the contestants on parameters of ‘sur’, ‘bhaav’ and ‘saar’. Popular actor Ravi Kishan will be seen as the host.

It will be airing soon on Zee TV.

The show is all set to start on January 15, 2022, on Sony Entertainment Television.

Reem Sameer Shaikh and Zain Imam have been roped in for upcoming romantic thriller ‘Fanaa – Ishq Mein Marjawaan’. Reem Sameer will be portraying the character of Paakhi, an eternal optimist girl, running an event management company. Zain, on the other hand, will be seen as a businessman and tech-genius, Agasthya. It also features Akshit Sukhija playing the character of Ishaan.

Produced by Dipti Kalwani, the show will be airing soon on Colors.

Helmed by TV czarina Ekta Kapoor, ‘Naagin’ is coming back with its sixth season. During one of the episodes of ‘Bigg Boss 15’, Ekta revealed that the name of one of the lead actresses will start with the letter ‘M’. Popular Naagin actresses Anita Hassanandani (Naagin 3) and Surbhi Chandna (Naagin 5) had also joined Ekta Kapoor on ‘Bigg Boss 15’.

It will be airing on Colors.

The singing reality show ‘Superstar Singer’ is all set to return back with its second season. Recently Sony Entertainment Television has shared the promo on their official social media account. ‘Superstar Singer 1’ was judged by Himesh Reshammiya, Javed Ali, and Alka Yagnik.

The singing reality show will be airing soon on Sony Entertainment Television.

Set in the backdrop of Lucknow, this show revolves around the Maurya family, featuring protagonist Mankameshwar a.k.a. Manu played by actor Mohit Kumar, a good-hearted and hardworking man. Joining him is Dayashakar Pandey who plays Shyam Babu, his father and Joyoshree Arora as a grandmother.

The show will be airing soon on Sony SAB.

The adventure-based reality show ‘Roadies’ is all set to return with its eighteenth season. Shooting of the show will start from January end in South Africa. During its last season Rannvijay Singh was the mentor and host. The seventeenth season was judged by Neha Dhupia, Prince Narula, Nikhil Chinapa, Raftaar and Sandeep Singh.

‘Roadies’ will be coming soon on MTV.