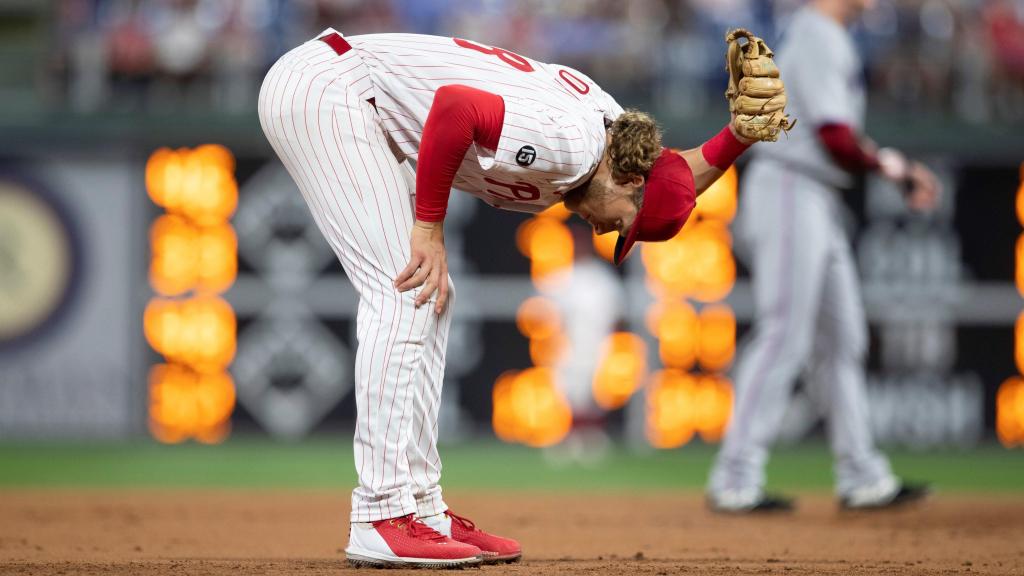 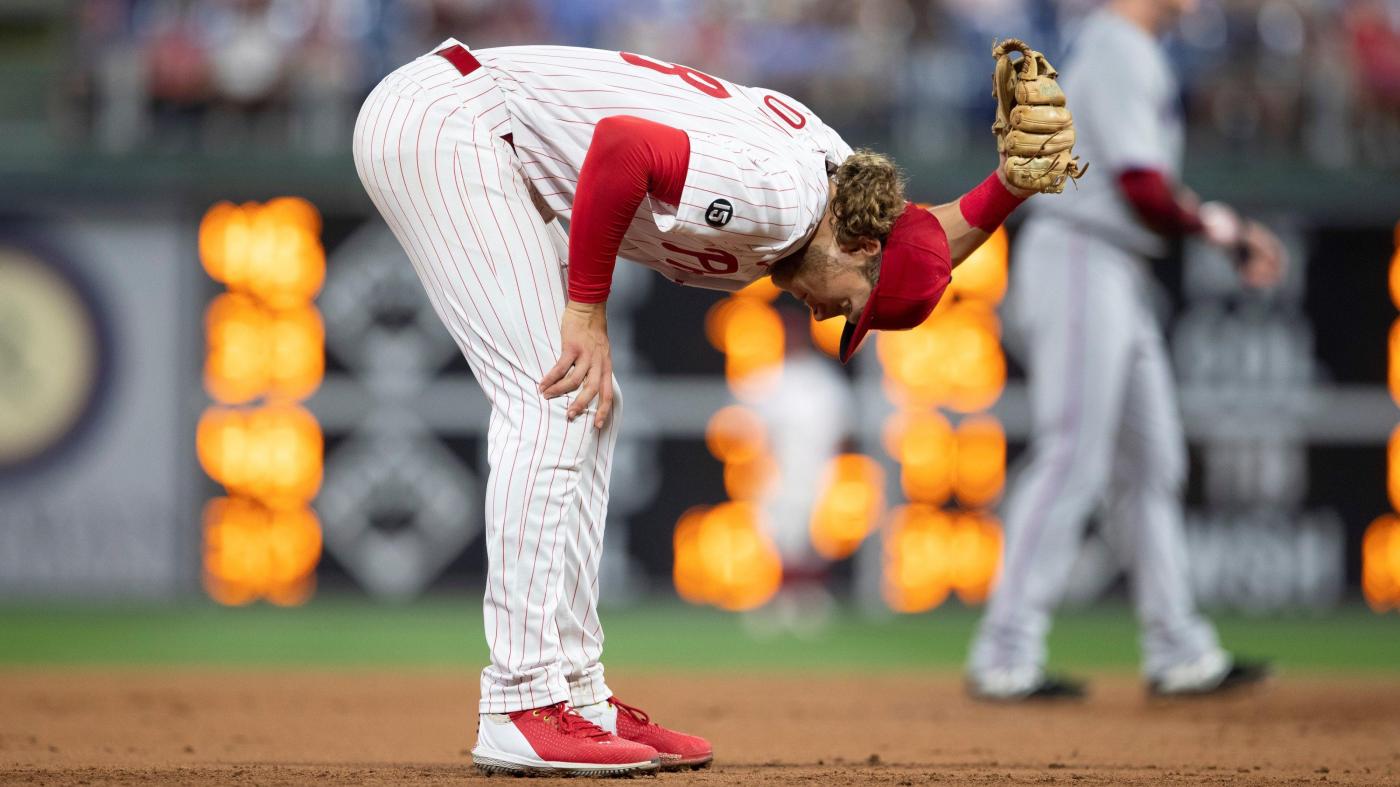 The Mets weren’t the one ones who had a whole meltdown in Philadelphia Monday night time.

Phillies third baseman Alec Bohm made three throwing errors in three innings, serving to the Mets leap out to a 4-0 lead that they finally blew.

Between his second and third errors — the Mets merely couldn’t cease hitting the ball at him, giving him a whopping seven possibilities by the third inning — Bohm made a clear play. The notoriously affected person Philly followers gave him a sarcastic Bronx cheer, and Bohm was caught on digital camera saying “I f—ing hate this place.”

Bohm, a much-hyped prospect who has had a disastrous main league profession up to now, was straight up after the sport.

“Emotions got the best of me. I said it,” he admitted.

“And do I mean it? No. It’s a frustrating night for me. Obviously I made a few mistakes in the field. But these fans just want to win. You heard it, when we came back. They’re great. I’m sorry to them. I don’t mean that.”

And with that, all was forgotten.