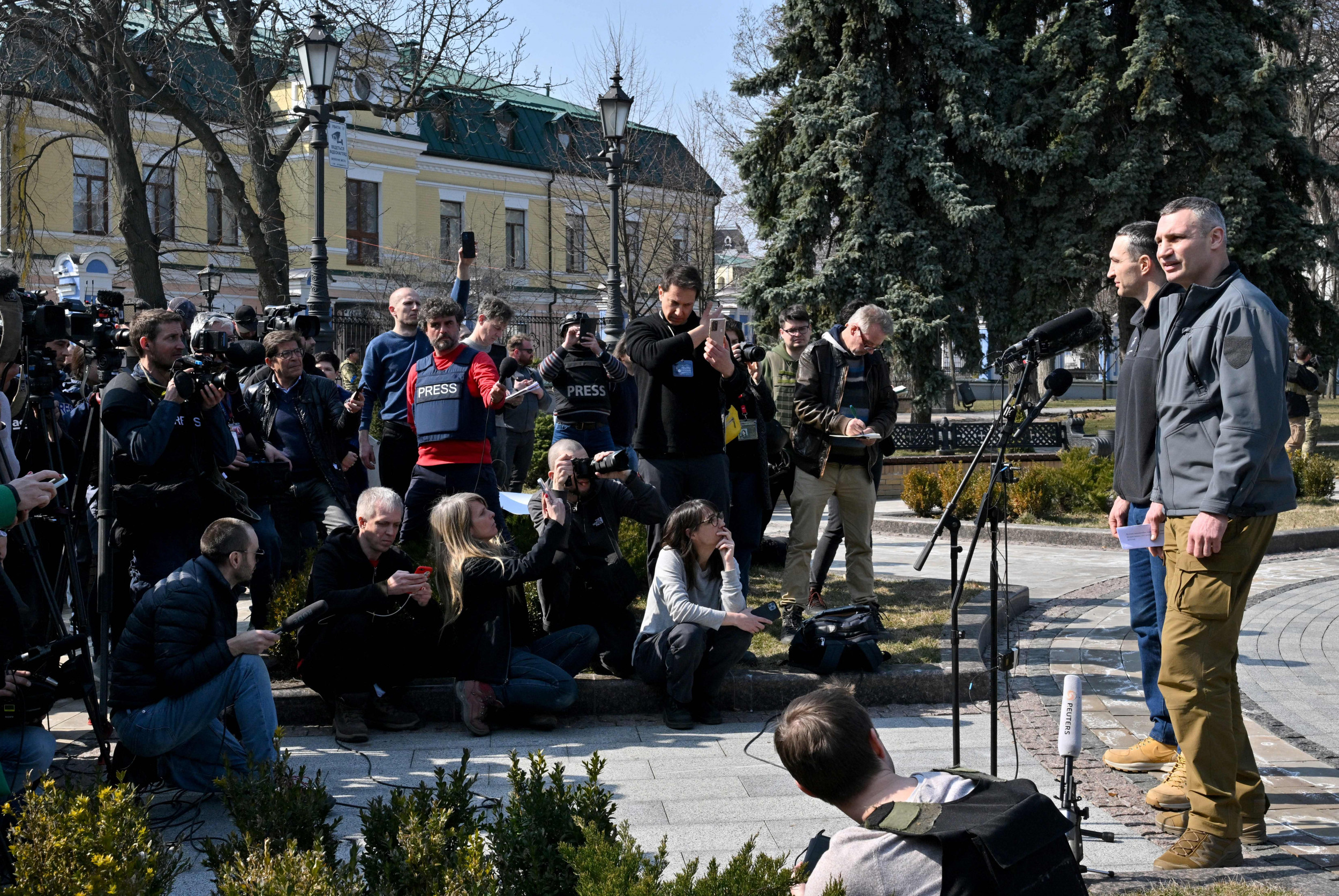 Russia has allegedly been concerned in at the very least 148 cases of focusing on journalists through the first month of its full-scale invasion of Ukraine.

The Russian army killed 5 journalists, wounded seven others and took half in at the very least 136 different “crimes” towards members of the media in Ukraine between February 24 and March 23, in response to a report issued Thursday by the Kyiv-based Institute of Mass Data (IMI).

The Russian journalist Oksana Baulina was the latest to die, killed whereas on project in Kyiv amid Russian shelling on Wednesday. Ukrainian digicam operator Yevhen Sakun was the primary, after being fatally wounded in a Russian rocket assault on a TV tower in Kyiv on March 1.

American Time journal journalist Brent Renaud, an award-winning former correspondent for The New York Times, was shot lifeless by Russian troops at a checkpoint within the Kyiv suburb Irpen on March 13.

Two members of a Fox Information crew, Irish cameraman Pierre Zakrzewski and Ukrainian producer Oleksandra Kuvshynova, had been killed when Russian forces shelled the village of Gorenka on March 14. Fox Information correspondent Benjamin Corridor was among the many seven journalists the report says had been injured by the Russian army.

The IMI report additionally accuses Russia of kidnapping at the very least six journalists, making demise threats to a different 11, and deliberately focusing on media services and capturing at journalists. The deliberate attacking of journalists is taken into account a struggle crime underneath worldwide legislation.

On Friday, the United Nations (UN) warned that journalists, alongside native Ukrainian officers and “civil society activists” opposing the invasion, had been subjected to “enforced disappearances” believed to be carried out by the Russian army.

The UN documented 15 disappearances involving journalists and activists, and 22 involving native officers. Reports of these lacking arrives as Russia’s invasion of Ukraine drags on, with Russia going through accusations of committing struggle crimes and focusing on civilians.

During a media name, Matilda Bogner, head of the UN’s Human Rights Monitoring Mission in Ukraine, stated that the pressured disappearances “seem to be a pattern that is occurring in areas that are occupied by the Russian Federation.”

“Forces of the Russian Federation are going specifically to detain, and do not inform relatives and others where they are taking people,” Bogner stated, in response to Agence France-Presse. “That does in some cases appear to be a form of hostage-taking.”

Additionally on Friday, the Paris-based nonprofit group Reporters With out Borders (RSF) stated that Russian forces had been “bullying and threatening journalists and local media” as a part of an try to “prevent them reporting the facts” and as an alternative “get them to spread Kremlin propaganda.”

“By taking hostages, after bombing TV towers and shooting at cars marked ‘Press,’ the Russian authorities are demonstrating their determination to censor all reporting that contradicts their military propaganda,” Jeanne Cavelier, head of RSF’s Japanese Europe and Central Asia desk, stated in an announcement.

“We strongly condemn these acts of intimidation and call on the Russian authorities to stop targeting journalists,” Cavelier added. “They will have to answer for their actions before international courts.”

As well as, dissenting Russian journalists have apparently been focused at residence. Alexei Venediktov, a former prime editor of a Russian radio station who was essential of the Ukraine invasion, stated this week that he was left a severed pig’s head on the door of his Moscow house alongside a sticker of a Ukrainian crest emblazoned with the phrases “Jewish pig.”

Venediktov’s former radio station, Echo of Moscow, was pressured to stop working by Russian authorities on March 3 for daring to criticize the invasion.

Newsweek reached out to the Embassy of Russia in Washington, D.C., for remark.