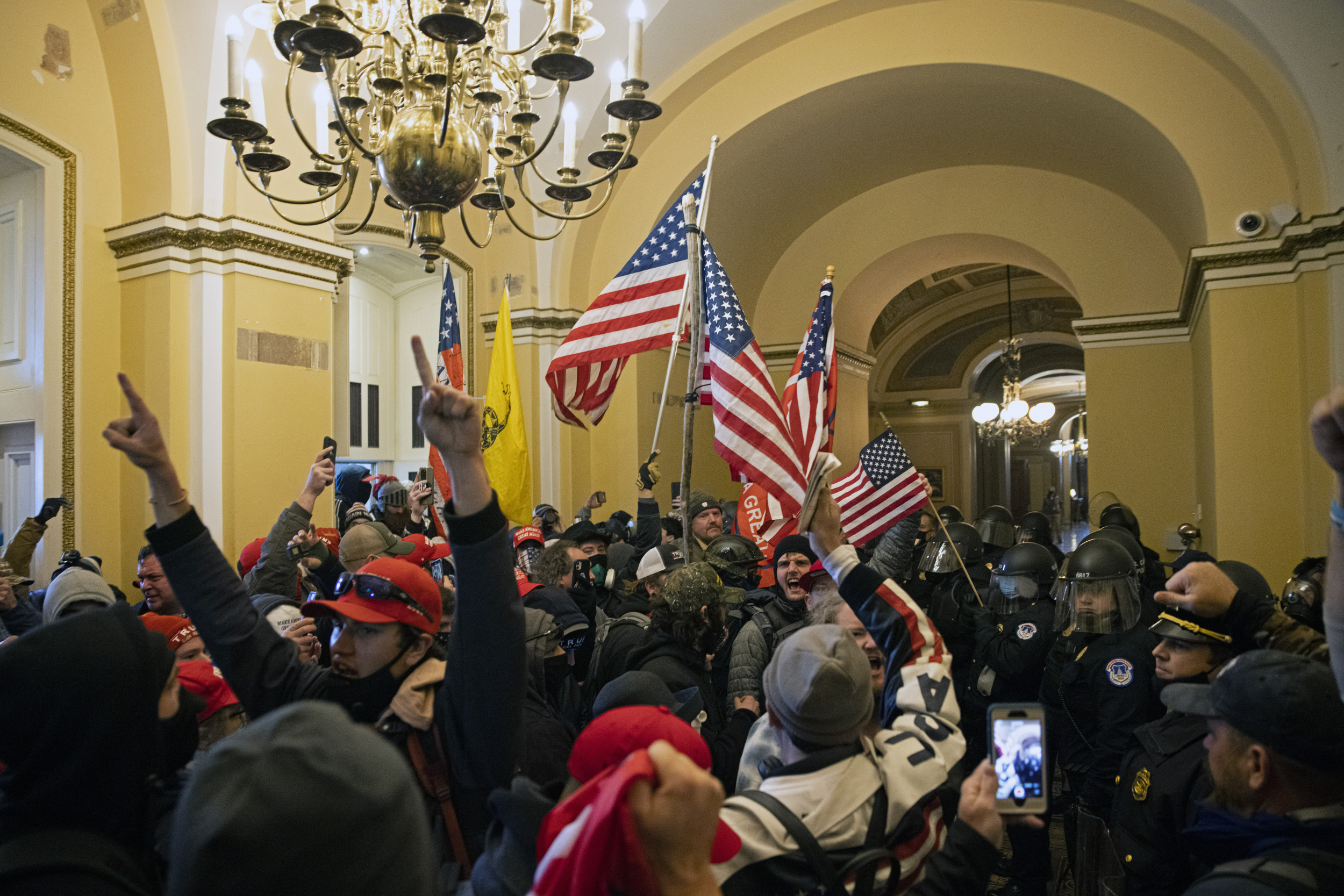 U.S. District Judge Trevor McFadden ruled that Morss will remain in jail pending trial as he faces charges of assaulting police officers during the Capitol attack on January 6, the Pittsburgh-Post Gazette reported.

Morss’ attorney, John Kiyonaga, told Newsweek on Saturday that the judge’s ruling is a “travesty.”

Morss was charged with a number of counts related to the Capitol riot, including robbery and assault, and has remained in custody since he was arrested in June. He was also charged with civil disorder and obstructing an official proceeding, according to a court document.

The Capitol rioter used to work as a substitute teacher for the Shaler Area School and saw combat in Afghanistan, according to the Pittsburgh-Post Gazette. Morss was fired from his job as a teacher after he was arrested, according to his lawyer.

Kiyonaga argued in the release request filed on Wednesday that the 28-year-old is being treated poorly in jail and mentioned that he served in the military and doesn’t have a criminal record, and therefore should be let go.

The lawyer also mentioned other reasons to release him, including a pending job that awaits him and a place he is expected to live in with his mother, Angela Morss.

The U.S. attorney’s office cited the leading role that Morss played on January 6 as a reason to deny his lawyer’s motion.

“Every person who was present without authority in the Capitol on January 6 contributed to the chaos of that day and the danger posed to law enforcement, the United States Vice President, members of Congress, and the peaceful transfer of power,” wrote Assistant U.S. Attorney Melissa Jackson, according to the Gazette. “However, Morss violently led that effort and thus his specific conduct aggravated that chaos and danger.”

Jackson added that Morss doesn’t regret his actions during the Capitol attack and that he had saved an undated speech that he labeled “should I have to appeal before a judge what I am gonna say.”

“You ask if I regret my involvement and what happened on the sixth my answer is [a] resounding no,” he reportedly wrote in the speech that authorities found saved on his iCloud account.

“That capitol building isn’t a temple at all it’s a theater where soothsayers and charlatans strip the American people of their rights. We don’t need Trump anymore,” Morss stated. “The people across the political spectrum and from sea to shining sea have woken up to the long train of abuses that this twisted body of government has done.”

Jackson argued that Morss’ speech in addition to his lack of regret showed that he should not be released from jail.

“In short, Morss came prepared for violence and then repeatedly led the violent mob attacking law enforcement in an effort to overtake the Capitol,” she said. “His actions inherently prove he is a danger to the community at large, and the law enforcement officers who stand in the way of his ideological beliefs, whose safety can only be assured by his detention.”