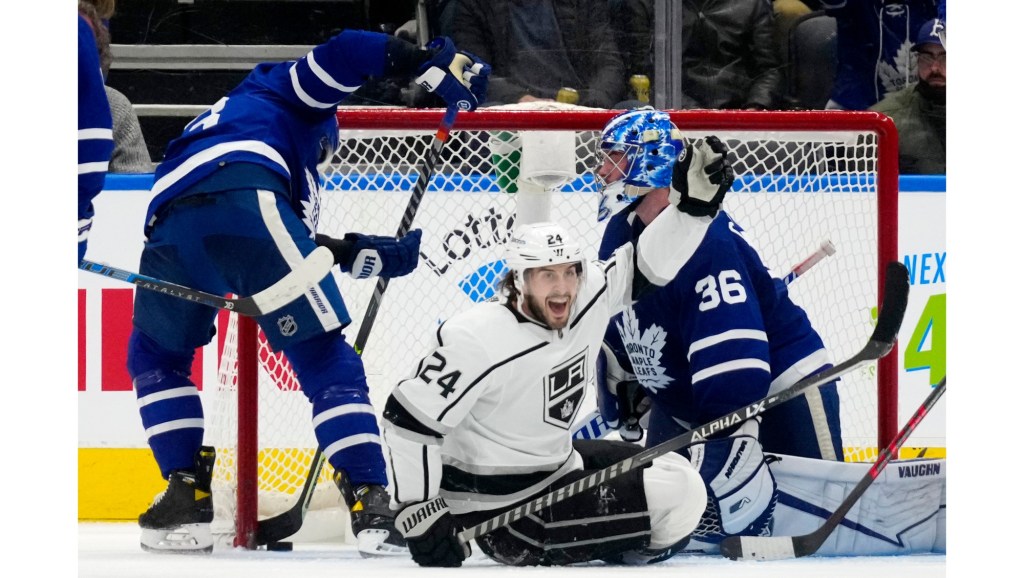 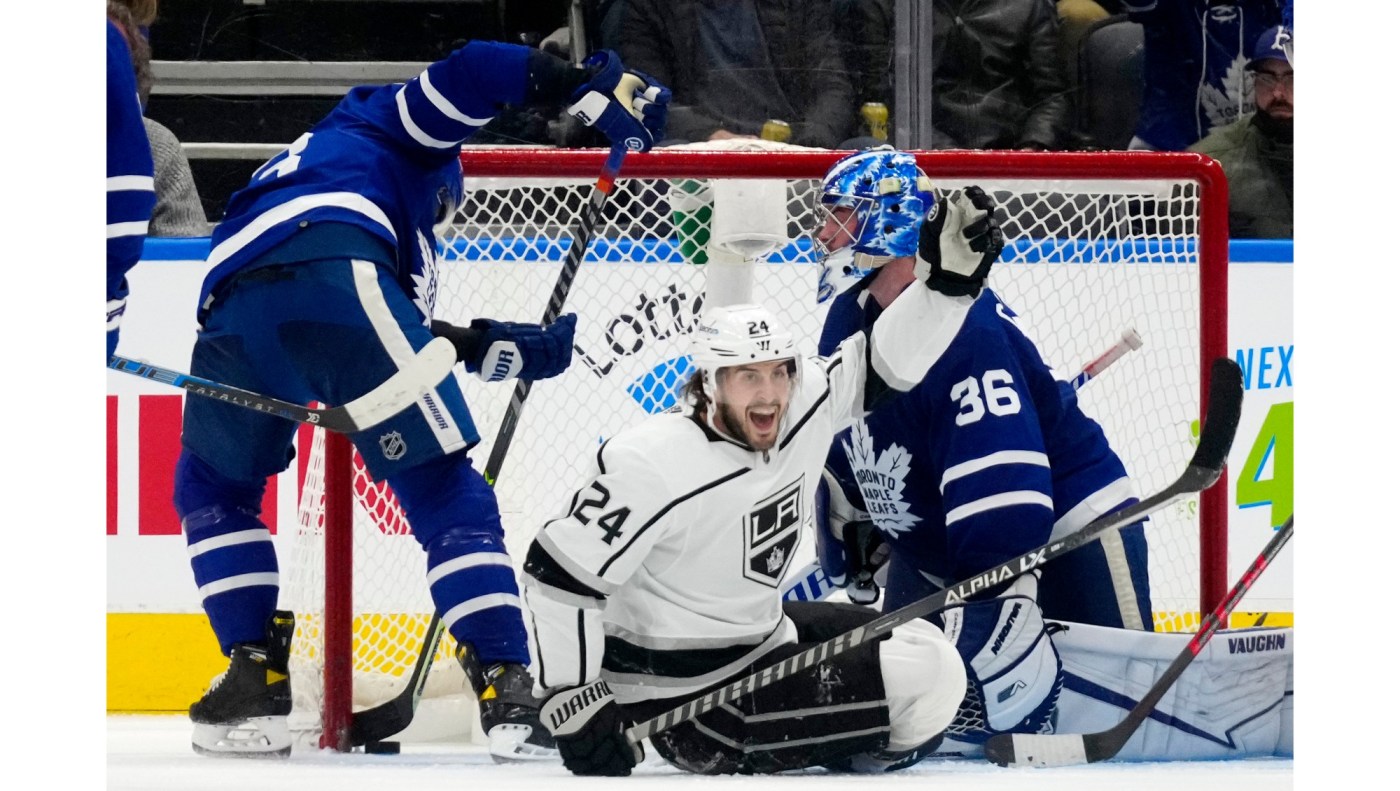 John Tavares scored for Toronto. Jack Campbell, who was Quick’s understudy with the Kings for parts of two seasons, made 24 stops in his first career start against his former team.

After hitting a post early, the Kings went ahead 1-0 at 10:52 of the first period when Moore stepped past Timothy Liljegren and Rasmus Sandin before scoring his first goal of the season past Campbell.

The 29-year-old netminder, who rediscovered his game in Los Angeles after the Dallas Stars selected him 11th overall in the 2010 NHL draft, was acquired by the Leafs from the Kings along with bruising forward Kyle Clifford for Moore and two draft picks in February 2020.

Toronto came close at the other end moments later when Quick robbed Wayne Simmonds in front.

The Kings had scored just five first-period goals coming into Monday’s game, but they doubled their lead at 14:21, when Athanasiou blew by Toronto’s Jake Muzzin and sent a shot past Campbell for his first.

Toronto’s power play connected early in the second when Moore went off for hooking. Tavares was robbed by the 35-year-old Quick early during the man-advantage opportunity, but he buried his seventh goal of the season at 1:51 off a setup from Mitch Marner and William Nylander.

The goal was the 99th in Toronto for the Maple Leafs’ captain, and the 14th consecutive goal scored by either Tavares, Marner, Nylander or Auston Matthews.

The Kings restored their two-goal edge at 13:56, when Danault scored his second on a sequence that saw the puck pinball off his skate twice and dribbled over the goal line.

The play was reviewed to determine if there was a distinct kicking motion by the Kings center, but the call on the ice stood.

Danault scored with 4:30 left in regulation and Kempe scored into an empty net.

Liljegren dressed for a fifth consecutive game, while Justin Holl was once again a healthy scratch.

The Kings face the Montreal Canadiens on Tuesday in the second game of their four-game trip.

More to come on this story.