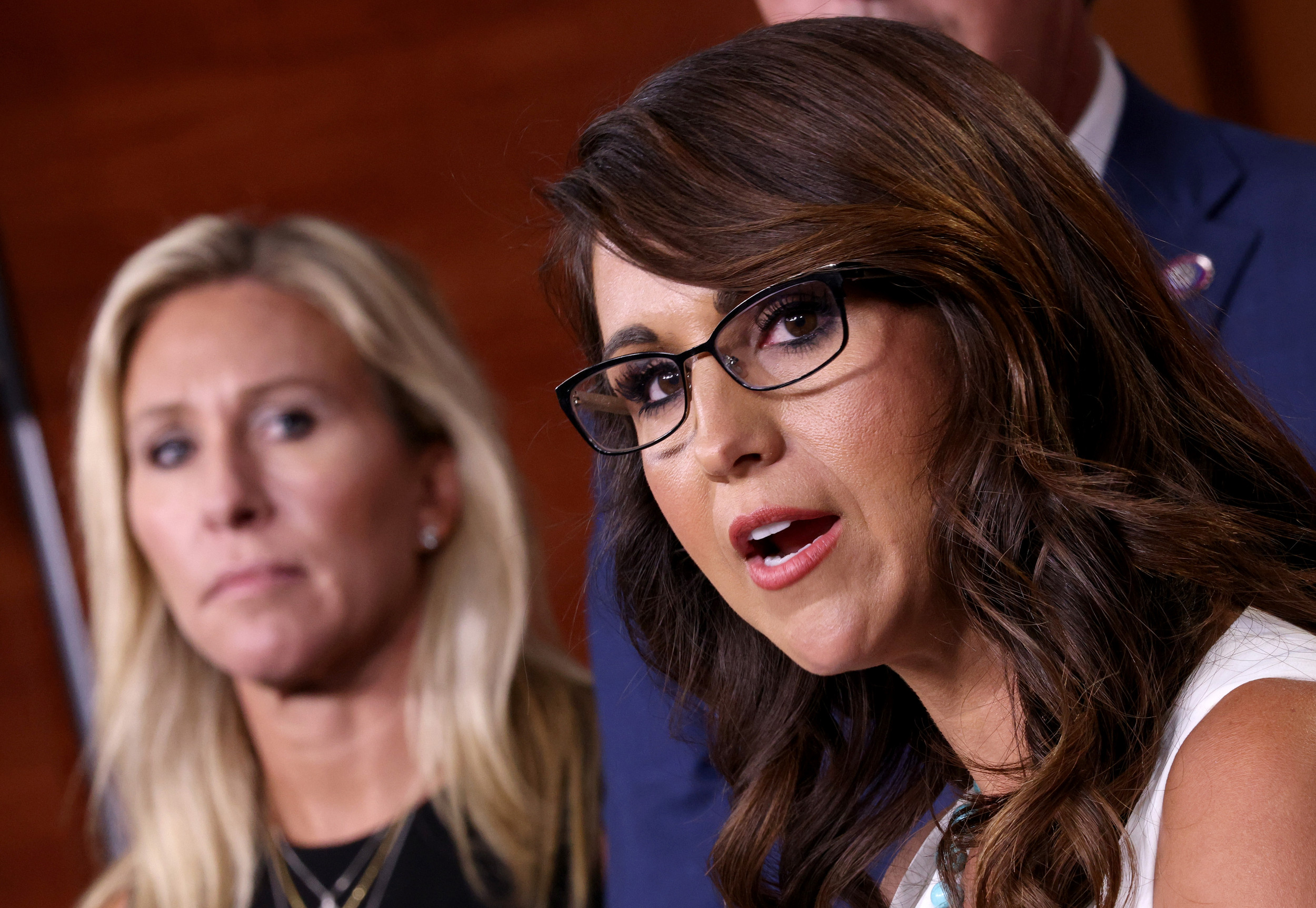 Colorado Representative Lauren Boebert attacked Saturday Night Live for being “poorly acted” after the comedy show mocked her and Congresswoman Marjorie Taylor Greene as part of a new holiday episode.

The satirical sketch aired Saturday evening and depicted the Republican congresswomen holding semi-automatic rifles and referring to the coronavirus pandemic as a “fake disease.”

“The government has been using this fake disease to strip us of our freedoms. Do they think we’re dumb?” asked Greene, (played by Cecily Strong) to which Boebert (Chloe Fineman) replied, “Please, would they give a dumb person a gun? Yes.”

On Sunday morning, Boebert responded by issuing an attack against the long-running NBC comedy show on Twitter.

“Just saw the poorly-acted SNL skit from last night. Seeing the poor trigger discipline from the no-name actress who played me makes me think Alec Baldwin did the gun safety training over there. BTW, when are they moving SNL over to CNN to die out of irrelevance?,” Boebert wrote.

Boebert’s attack on the show echoed similar remarks made by Donald Trump, who railed against SNL on multiple occasions throughout his presidency. At one point, Trump even called for “retribution” against the show and asked the federal government to “look into” its comedic criticism.

“It’s truly incredible that shows like Saturday Night Live, not funny/no talent, can spend all of their time knocking the same person (me), over & over, without so much of a mention of “the other side.” Like an advertisement without consequences. Same with Late Night Shows,” Trump tweeted in 2019.

“Should Federal Election Commission and/or FCC look into this? There must be Collusion with the Democrats and, of course, Russia! Such one sided media coverage, most of it Fake News. Hard to believe I won and am winning. Approval Rating 52%, 93% with Republicans. Sorry! #MAGA,” he added.