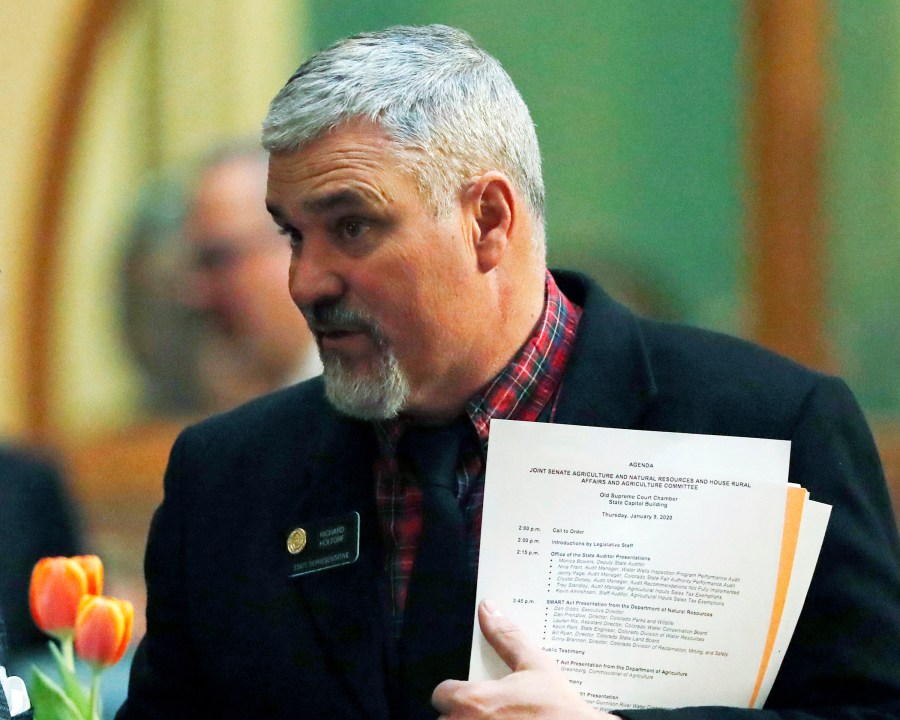 DENVER (KDVR) — Officers inform FOX31 a gun fell off of state Rep. Richard Holtorf as he made his means again into the Home chambers for a vote.

Nobody was damage, however this led to questions on what the regulation is surrounding hid carry at the Colorado Capitol.

“[We] are aware an incident took place at the Capitol today and we are looking into the incident,” Colorado State Patrol informed FOX31.

Are weapons allowed in the Colorado Capitol?

The Downside Solvers did some digging and got here throughout a state regulation, which says: “Concealed Weapon (CCW) permit holders are also not allowed to carry a weapon inside the Capitol per CRS 18-12-214 (4).”

“We have our badges on. We have another lanyard that gives us access when doors are closed, that we can open doors and move on in,” Sullivan added. Whereas inside the Capitol on Monday, a FOX31 crew and different members of the public had been required to stroll by the metallic detectors.

When CSP was requested to verify if there are exceptions to this conceal carry regulation inside the Capitol, they didn’t reply the query instantly.

“Currently, we’re looking at all applicable laws as it relates to this incident and how they may apply specifically,” a spokesperson stated.

In the meantime, Sullivan stated this incident is ironic.

“These are people that profess to be law-abiding, responsible gun owners and to have something like that happen appears to me to be an irresponsible act,” Sullivan stated.

The Downside Solvers confirmed that Holtorf has a hid carry allow that was up to date final 12 months. It’s unclear how lengthy he’s had this allow. He declined to remark.

In the meantime, Home Speaker Alec Garnett responded to the incident.

“In Colorado, we expect firearm owners to be responsible at all times, and that certainly includes when they are carrying their firearms in the state Capitol,” Garnett stated. “Irresponsible behavior could have dire consequences. This incident was unacceptable and created a dangerous situation for lawmakers, staff and the public visiting the Capitol.”

“We are looking at existing laws and rules and what options might exist that would prevent this from happening again in the Capitol,” Garnett added.