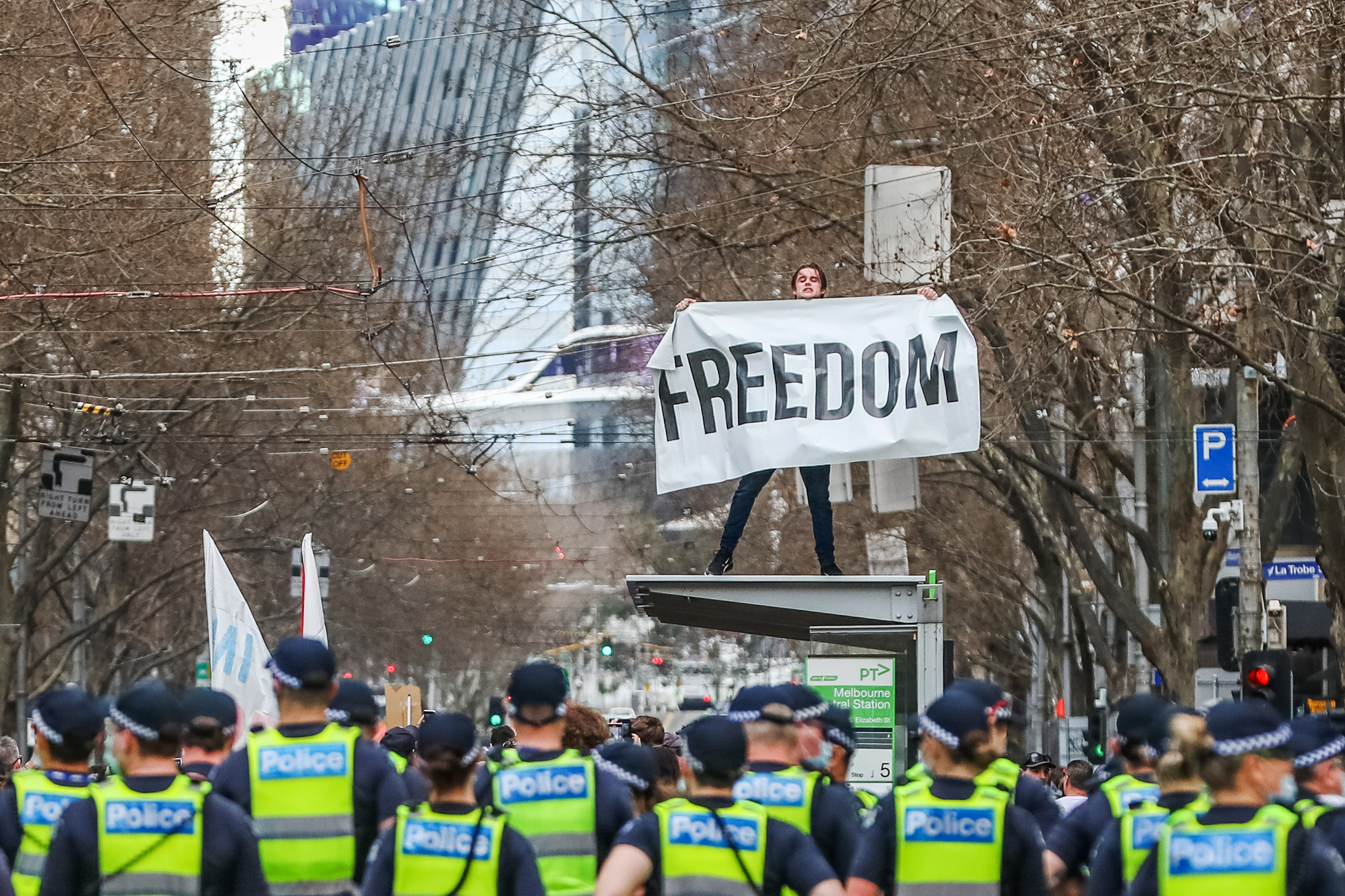 A man was critically injured on New Year’s Day after ranting against vaccine mandates and lighting himself on fire in public.

The incident occurred on Saturday evening in Melbourne, Australia. After vocally railing against the state of Victoria’s vaccine mandates, the man doused himself in gasoline and set both himself and his car on fire, according to local news outlet the Herald Sun.

Police officers and firefighters on the scene doused the man with water in an attempt to extinguish the flame. They were eventually successful, with the help of several bystanders who worked to restrain the man.

“His skin was burning,” one bystander told the Herald Sun. “He was on fire. His skin is stuck to [my] shirt. He was off his face screaming about the mandates.”

Following the incident, the man was rushed to a hospital with reportedly life-threatening injuries. Bystanders were forced to stay inside nearby businesses as authorities cordoned off the area. Transportation through the area was also disrupted as the investigation into the matter continued.

The Victoria state government has vaccination requirements in place for a variety of public venues. Under these rules, individuals must present proof of vaccination in order to enter places like restaurants, pubs, festivals, casinos, bars and movie theaters. Anyone without proof will be turned away. Workers are also required to be fully vaccinated.

Australia and its various anti-COVID mandates have frequently come under fire from conservative pundits and politicians in the U.S. In October, the Northern Territory government required that all front-line workers have at least one dose of a vaccine by November 13 or risk termination and fines. In response, Texas Senator Ted Cruz called the move “Covid tyranny,” as well as “disgraceful & sad,” in an October 13 tweet.

“G’day from Down Under @tedcruz,” Northern Territory Chief Minister Michael Gunner tweeted in response. “Thanks for your interest in the Territory. I’m the Chief Minister. Below are a few facts about COVID…Nearly 70,000 Texans have tragically died from COVID. There have been zero deaths in the territory. Did you know that? Vaccination is so important here because we have vulnerable communities and the oldest continuous living culture on the planet to protect. Did you know that?… We don’t need your lectures, thanks mate. You know nothing about us. And if you stand against a life-saving vaccine, then you sure as hell don’t stand with Australia.”

Australia has seen frequent protests against lockdown measures and vaccine mandates, including one last September in which police arrested more than 60 demonstrators in Melbourne.