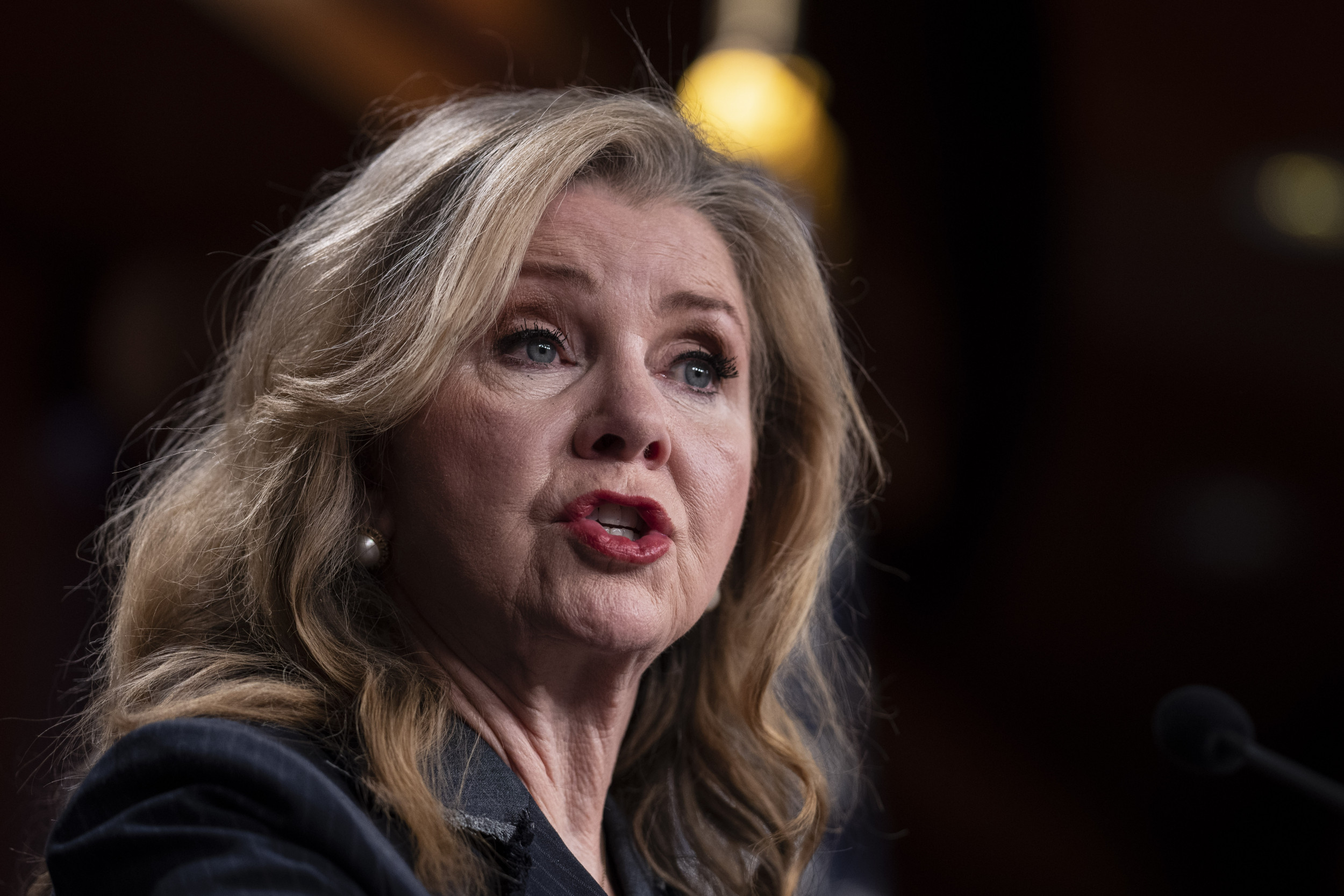 Republican Senator Marsha Blackburn of Tennessee was ripped on social media after suggesting that individuals from her state have been demanding a wall on their southern border.

Blackburn tweeted “Tennesseans want a wall on our southern border” on Monday afternoon, prompting fast responses from many who identified that Tennessee is bordered to the south by fellow U.S. states Mississippi, Alabama and Georgia. Blackburn might have supposed to seek advice from former President Donald Trump‘s now-canceled U.S.-Mexico border wall, a venture of which she has beforehand spoken in favor.

Nevertheless, as Tennessee is greater than 1,000 miles away from the Mexican border and the wording of Blackburn’s tweet left open the likelihood that she was referencing a brand new proposal for a home wall between states, a lot of these responding to the tweet used geography as a foundation to mock the senator.

“Marsha, Mississippi, Alabama and Georgia are on Tennessee’s southern border,” person @elsa6bean tweeted. “A wall might cause some problems. Maybe you need to look at a map from time to time.”

“I agree,” tweeted chef Hugh Acheson. “Georgia needs to be protected from Chattanooga.”

“I’m from Alabama and I too have wanted a wall built between me and that state,” tweeted Collier Fernekes, a analysis analyst for the Bipartisan Coverage Heart.

“Do you know where the southern border is, Marsha?” requested @JDCocchiarella.

“But then people from Alabama won’t be able to come in,” mentioned author Molly Jong-Quick in a reply to Blackburn’s tweet.

“Why do you think we want it?” author Skylar Baker-Jordan responded to Jong-Quick’s tweet. “Marsha’s from Mississippi so it’d keep the likes of her out too.”

“I want a wall around New York so you can’t come and see dear Evan Hansen on Broadway,” author John Biggs tweeted. “But neither of us are going to get what we want.”

“When I was a TN resident years ago, I’d have joked this would protect TN from MS, AL and GA,” tweeted blogger Shauna Wright. “But now that human dust bunnies like you are in office, pretty sure it’s the other way around.”

“Given the sheer amount of stupidity Republicans are pushing on the state, I’m surprised Mississippi, Alabama and Georgia haven’t already built one there themselves,” historian Kevin M. Kruse tweeted.

The Tennessee Republican demanded that Jackson outline the phrase “woman” and accused the choose of supposedly advocating for the “progressive indoctrination of our children” and assaults on “pro-life women,” amongst different expenses.

Blackburn later dismissed the criticism as “pathetic,” complaining in a tweet that the “left is doing everything in their power to shut down the tough questions that don’t fit their narrative.”

Newsweek reached out to Blackburn’s workplace for remark.