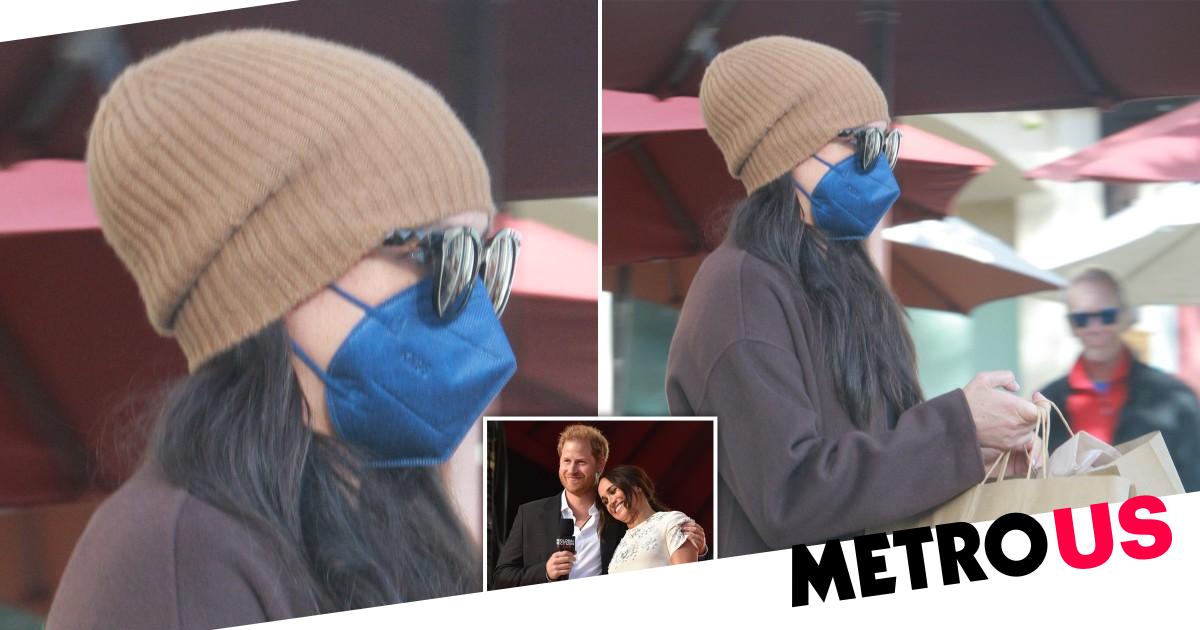 Meghan Markle was hard to spot when she went Christmas shopping near her family home in California this week.

The Duchess of Sussex, 40, dodged crowds wearing a brown beanie and blue face mask as she browsed stores in Montecito.

She left Prince Harry, 37, and the kids at home to be driven into the shopping district, flanked by a bodyguard, on Wednesday afternoon.

One onlooker told Daily Mail: ’There was a franticness to her shopping, like she was just itching to get out and be somewhat normal. Even if it was for just an hour.’

The mum-of-two was reportedly seen heading into the gift and home furnishing department in Pierre LaFond.

After emerging with two bags, she popped into kids’ clothing boutique Poppy to look around the boys and girls sections.

Meghan also went bargain hunting in the sales section before making a quick pitstop at Hudson Grace, but seemingly failed to find anything she liked.

With just a week until winter hits, temperatures have dropped to 12°C in California.

The Sussexes are expected to celebrate Christmas in the US again this year. It comes as the rest of the Royal Family’s plan remains unclear, with new Covid variant Omicron currently tearing across the UK.

Fans were thrilled when she shared a new picture of son Archie, 2, watching birds feeding off a picnic table.

The duchess said the young royal ‘loves being a big brother’ to sister Lili, who was born in June.

She added: ‘Someone told H (Harry) and I that when you have one kid it’s a hobby, and two children is parenting.