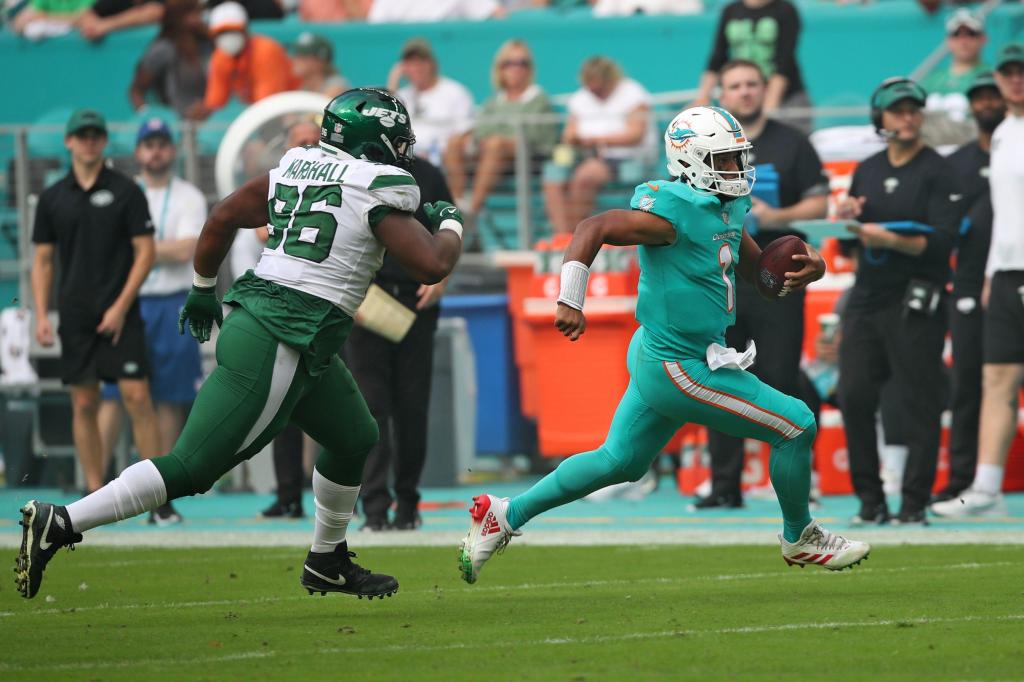 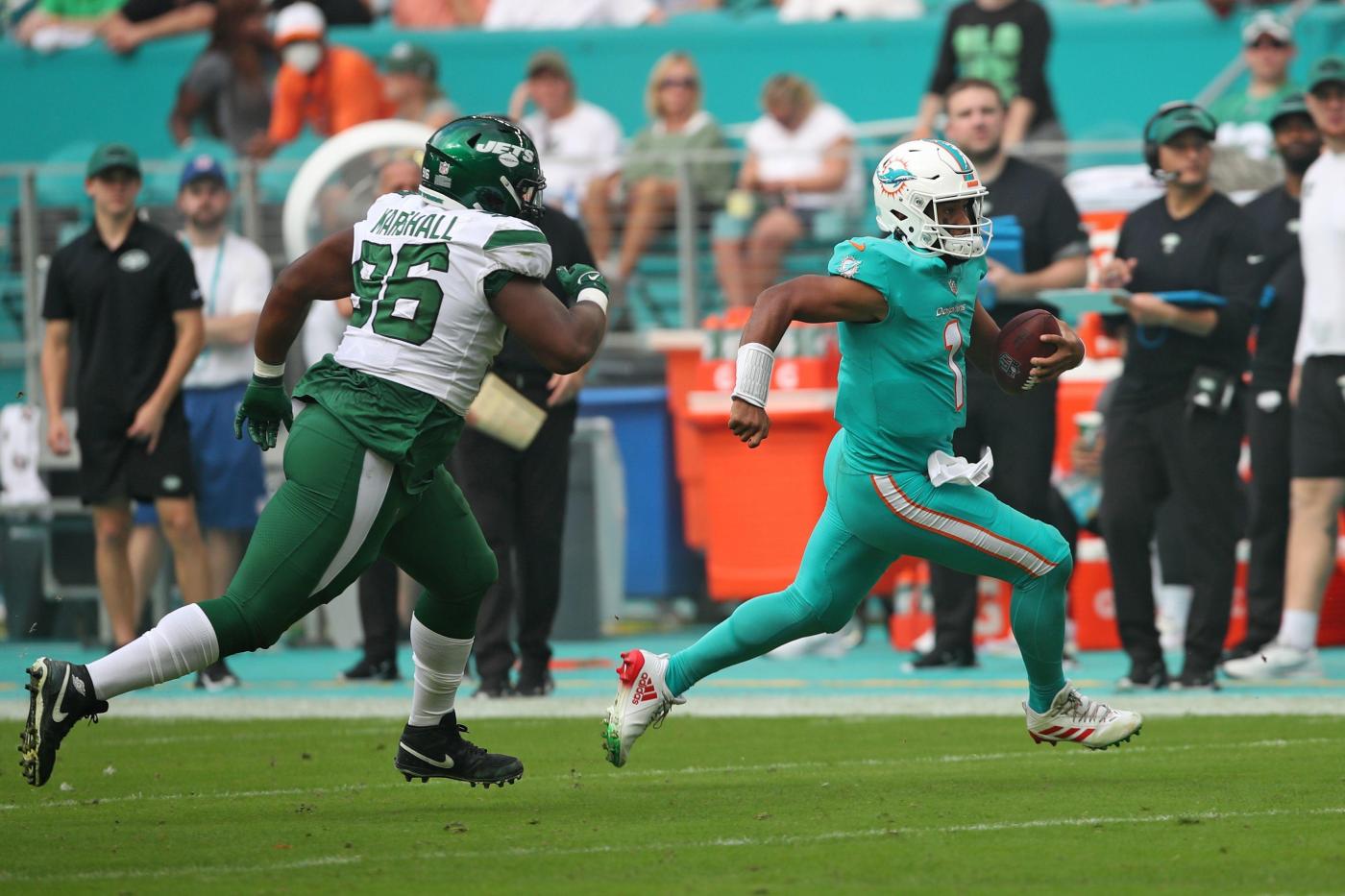 It wasn’t impressive, but it doesn’t matter. Six straight wins is six straight wins. It wasn’t their best performance against the Jets. But they’re back to .500 at 7-7 and give the end of the season a chance.

The Dolphins dug themselves out of the 1-7 hole they created, and are finally back to .500 courtesy of a hard-fought win over the Jets. It wasn’t a pretty performance from Tua Tagovailoa and Miami’s defense, which struggled with the Jets offense early. But the Dolphins found a way to do enough. Next week the Dolphins have a chance to get into the AFC playoff mix if they can win a Monday Night Football game against the Saints.

It was a shaky afternoon for Tua, but the run game was going against the New York Jets to save him, along with the Dolphins’ playoff hopes. The defense started looking like its normal self after getting caught off guard by New York, playing freely in the spoiler role, busted out a series of trick plays. Three games left to determine what the Dolphins can make of this late push.

The Dolphins got the time-honored combination of stifling defense and jack-hammer running offense and will enjoy — incredibly — Christmas as a .500 team, well in the playoff picture … as long as they can win out.

The Dolphins defense and run game carried the day and Miami endured a game where Tua Tagovailoa helmed the offense to 31 points — the high for his career — but also was involved five plays that did end up or easily could have ended up as Jets takeaways (turnover-worthy plays), including a pick-six. The offensive line looked rested, as Miami crushed for a season-high 185 rushing yards. Now? Three more wins, and they are likely in the playoffs.