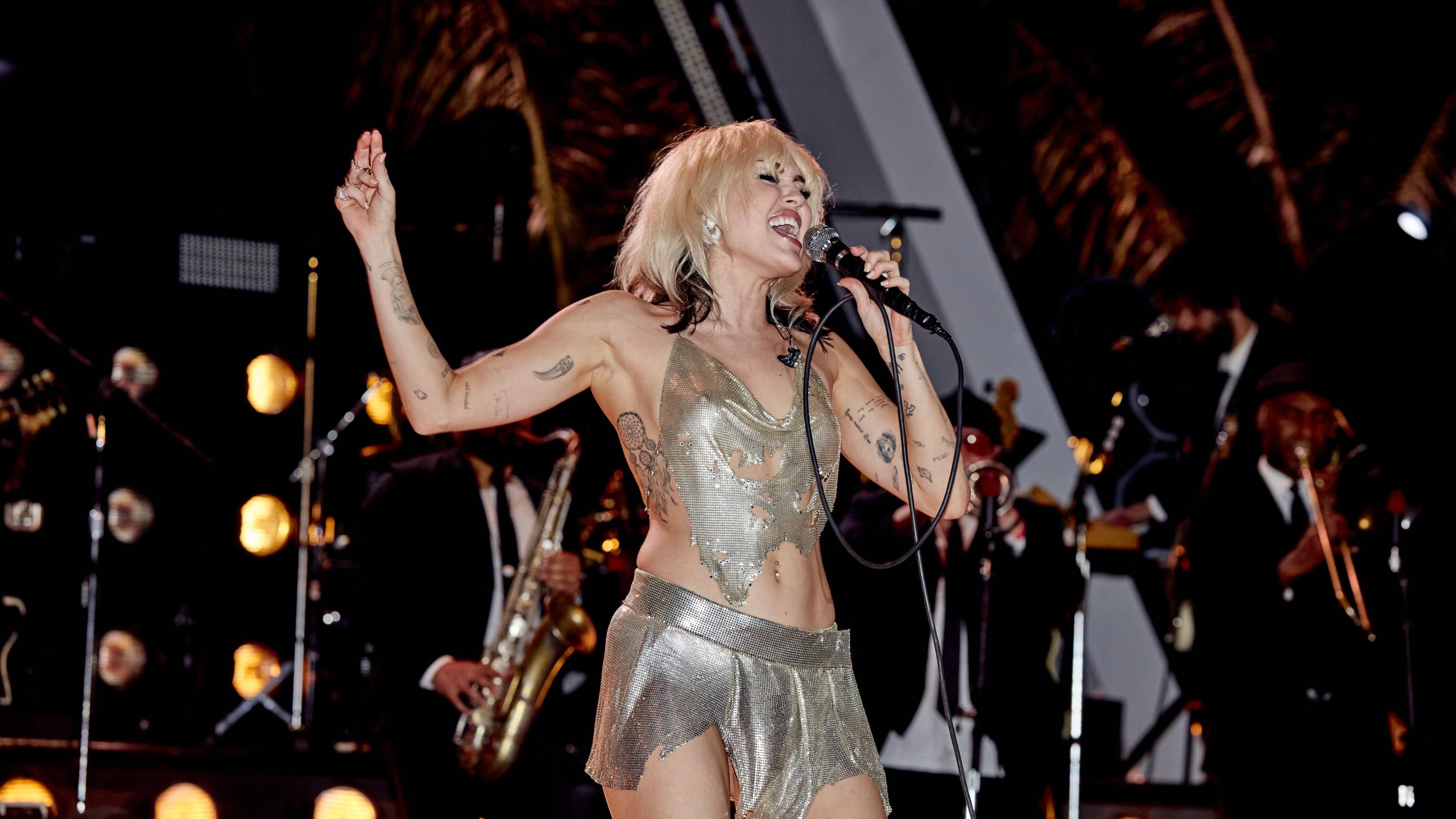 Miley Cyrus hosted an NBC holiday special called Miley’s New Year’s Eve Party along with comedian Pete Davidson. And the night was a hit, with performances by artists including her sister Noah Cyrus, Saweetie, Jack Harlow, and more. Of course, Miley herself took the stage and performed some of her hits. But during her live set, she ran into a slight wardrobe malfunction.

While singing “Party in the USA,” she was wearing a silver halter and a matching mini skirt. And before the first chorus came on, she was already seen struggling to keep the top on. After turning her back to the camera, she covered her chest with one arm and tried to continue the performance holding her mic with the other. But she quickly slipped backstage to throw a red overcoat on.

Coming back, she continued the song with a witty joke referencing her almost-nip-slip. “Everybody’s definitely looking at me now,” she sang, putting a clever spin on the lyrics of her 2009 anthem. She added, “I’m still in the most clothes that I’ve ever worn on stage.”


It wouldnu2019t be 2022 without a wardrobe malfunction from Miley pic.twitter.com/Phwy3eIT8a

During the New Year’s Eve show, Cyrus also debuted a new song called “You.” Listen to the track below.

From Your Site Articles

Related Articles Around the Web