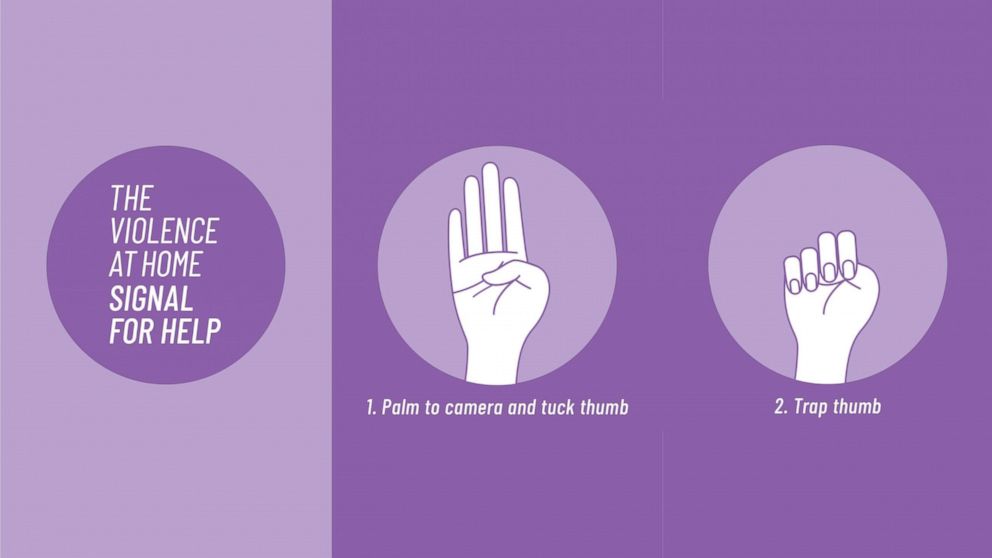 A hand gesture to signal distress became widely shared during the pandemic.

A missing 16-year-old girl from North Carolina is home safe after investigators said a trick she learned on social media may have helped lead to her dramatic rescue.

“The complainant was behind the vehicle and noticed a female passenger in the vehicle making hand gestures that are known on the social media platform TikTok to represent violence at home – I need help – domestic violence,” according to Laurel County Kentucky Sheriff John Root.

Laurel County Sheriff’s Lt. Chris Edwards along with detective Robert Reed responded to the 911 call from the motorist who noticed the female passenger in distress.

“Our guys were waiting at the top of the ramp. We had one cruiser getting behind the vehicle. We had another cruiser get in front of the vehicle we boxed it in,” Sheriff’s Deputy Gilbert Acciardo told ABC News Louisville affiliate WHAS.

The SOS hand gesture gained popularity on TikTok during the pandemic as a signal for people to indicate they were unsafe.

“Your hand is up like this, then you tuck your thumb in and all four fingers over that and back and forth,” Acciardo said.

Police have not identified the victim but said she is under the age of 18. Her family had reported her missing from Asheville, North Carolina, just two days prior.

Brick was charged with unlawful imprisonment and possession of a matter sex performance with a minor over the age of 12 but under 18.