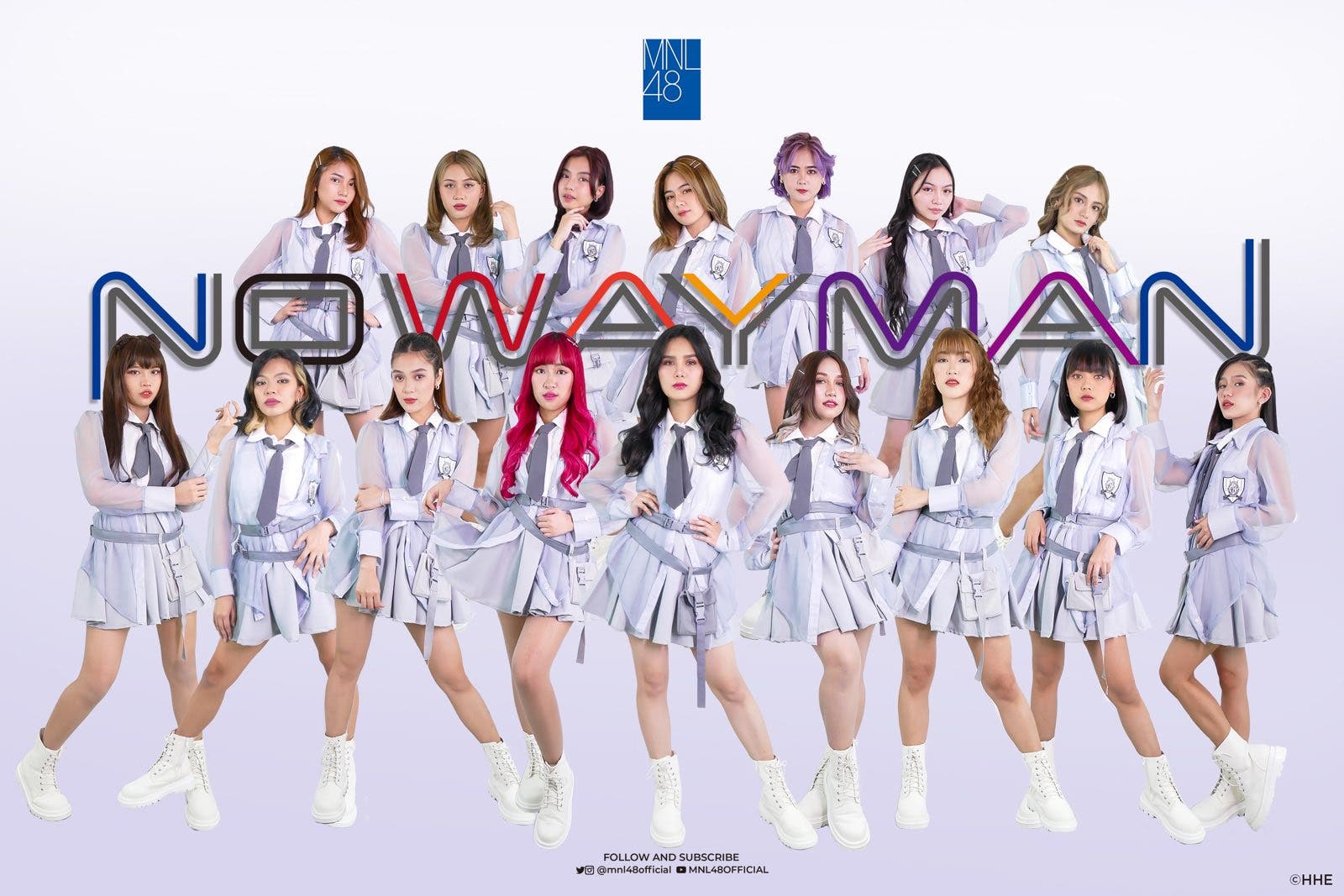 After a yr of robust preparations, MNL48 lastly returns with its 7th single “No Way Man,” a dance-centric track with a message that mirrors the woman group’s can-do perspective in the midst of challenges.

“No Way Man” is led by heart woman MNL48 Abby with Senbatsu members Sheki, Jamie, Ruth, Ella, Jan, Andi, Jem, Yzabel, Princess, Lara, Coleen, Rianna, Lyza, Dana, and Dian. The only has been a very long time coming for the women due to the COVID-19 pandemic and the ensuing restrictions it entailed for large teams.

MNL48 coach Angel referred to the single as “unforgettable” not simply due to its tough choreography but in addition for what the women went by way of whereas rehearsing for the track.

“We’ve been training for a year for this and it’s really hard for them to catch up because we had to do it online. They’ve experienced a lot of things and the lyrics really speak of everything that we’ve been through,” she mentioned.

In the meantime, heart woman MNL48 Abby gave props to her members and their MNLoves for uplifting her to do her greatest.

“I witnessed every member gave their very best for a quality comeback. At first I doubted if I could do this but I always kept in mind that I have a good support system in my sisters, co-members, and the MNL48 fans who kept encouraging and believing in me.”

For rank 2 MNL48 Sheki, “No Way Man” actually reveals their progress as performers. “This single features our talent in a different genre in dancing. Aside from that, it also highlights our vocals and the character of each member. The song has a beautiful meaning, it really reflects our life as MNL48 idols.”

The music video for “No Way Man” is now up on MNL48’s YouTube channel, which reveals off the group’s intricate choreography in a rooftop and in fiery and chic units with 395,000 views as of writing. MNL48’s final single was 2020’s “River.”

MNLoves, the fanbase of MNL48, also can look ahead to the launch of a music card with mini photobook and a handshake ticket that shall be obtainable quickly.