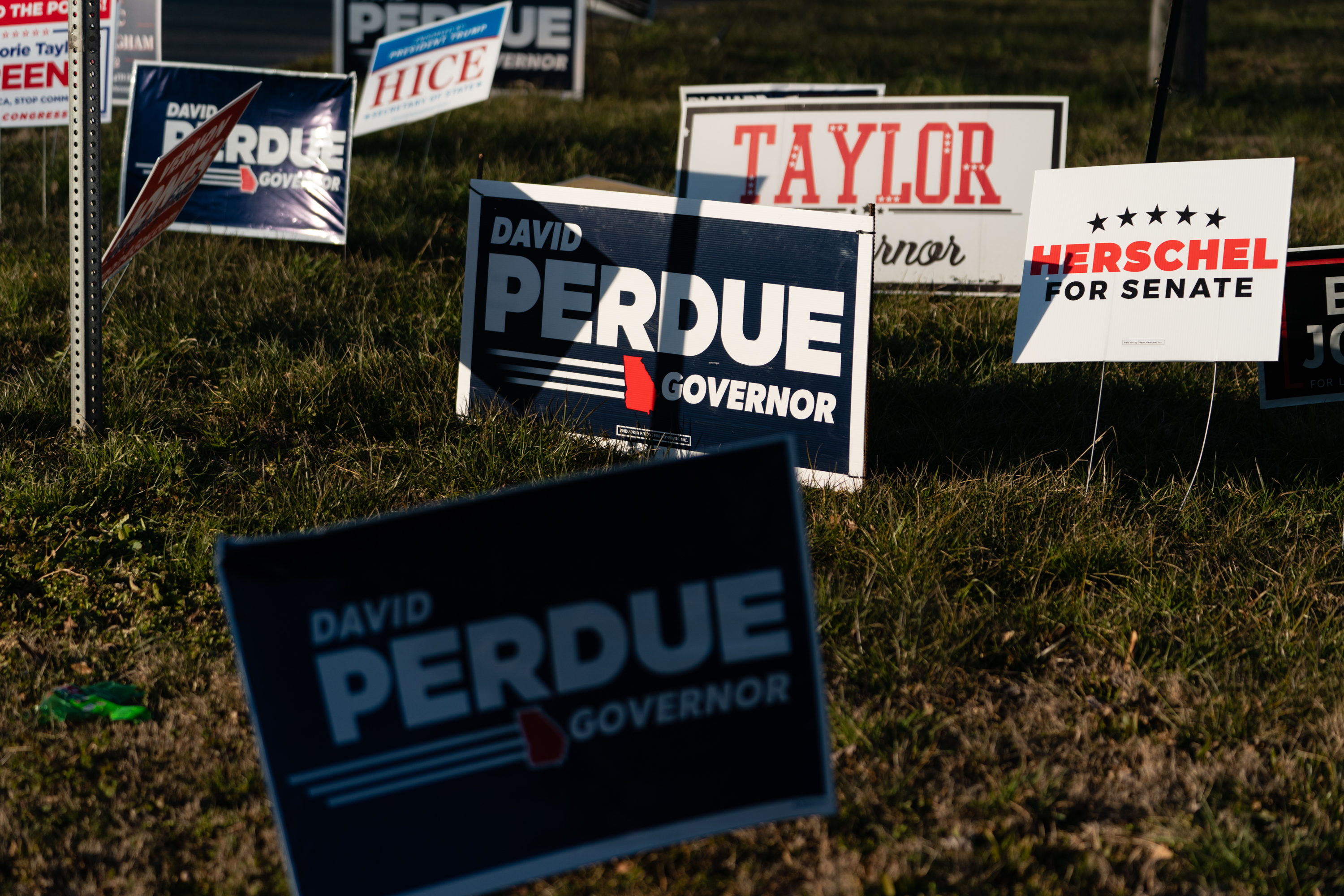 Taylor, who is challenging incumbent GOP Governor Brian Kemp, has made religion a cornerstone of her campaign. She made the remarks last Monday while speaking at the Conservative Republican Women of North Atlanta. The video of her speech was picked up by the Twitter account PatriotTakes and has been viewed more than 580,000 times as of early Saturday afternoon.

In her speech, Taylor spoke of the “sacrifice” Native Americans made for settlers to have the freedom to worship Jesus.

“The First Amendment right, which is our right to worship Jesus freely—that’s why we have a country. That’s why we have Georgia. That’s why we had our Founding Fathers come over here and destroy American Indians’ homes and their land. They took it,” she said. “Look at what they went through, the Native Americans for sacrifice for us to have the freedom that we have today.”

Her remarks received swift backlash on social media, with some accusing her of being insensitive to the atrocities endured by Native Americans when European colonizers arrived to the Americas.

“Native Americans did not die so that white European settlers could worship Jesus,” pastor Teer Hardy tweeted. “Native Americans died because of systematic murder at the hands of white settlers and later the United States government. White Christian Nationalism is alive and well in @KandissTaylor’s agenda.”

Others, meanwhile, pointed out that the Founding Fathers actually supported freedom of religion, rather than only the freedom to worship Christianity, as they included the separation of church and state in the Constitution.

“Actually, our founding fathers came to America free to worship whomever they chose to worship,” wrote Twitter user Kelley Trott.

Taylor defended her remarks Thursday on Twitter by writing: “I said what I said. Get offended.” She continued doubling down on Friday.

“Our founding fathers came to America to be free to worship Jesus. Huge sacrifice since day 1. Yes, that includes our Native American brothers and sisters. This includes our military fighting and dying. Freedom is not free. Don’t throw it away,” she wrote.

She is set to face off against Kemp, as well as former Senator David Perdue on Tuesday May 24, but polls show Kemp as the favorite in the final days before the GOP primary, while Taylor is mostly polling in the single digits. On the Democratic side, Stacey Abrams, who previously ran for governor in 2018, appears to be the favorite. The key swing state’s general election could be among the closest come November.