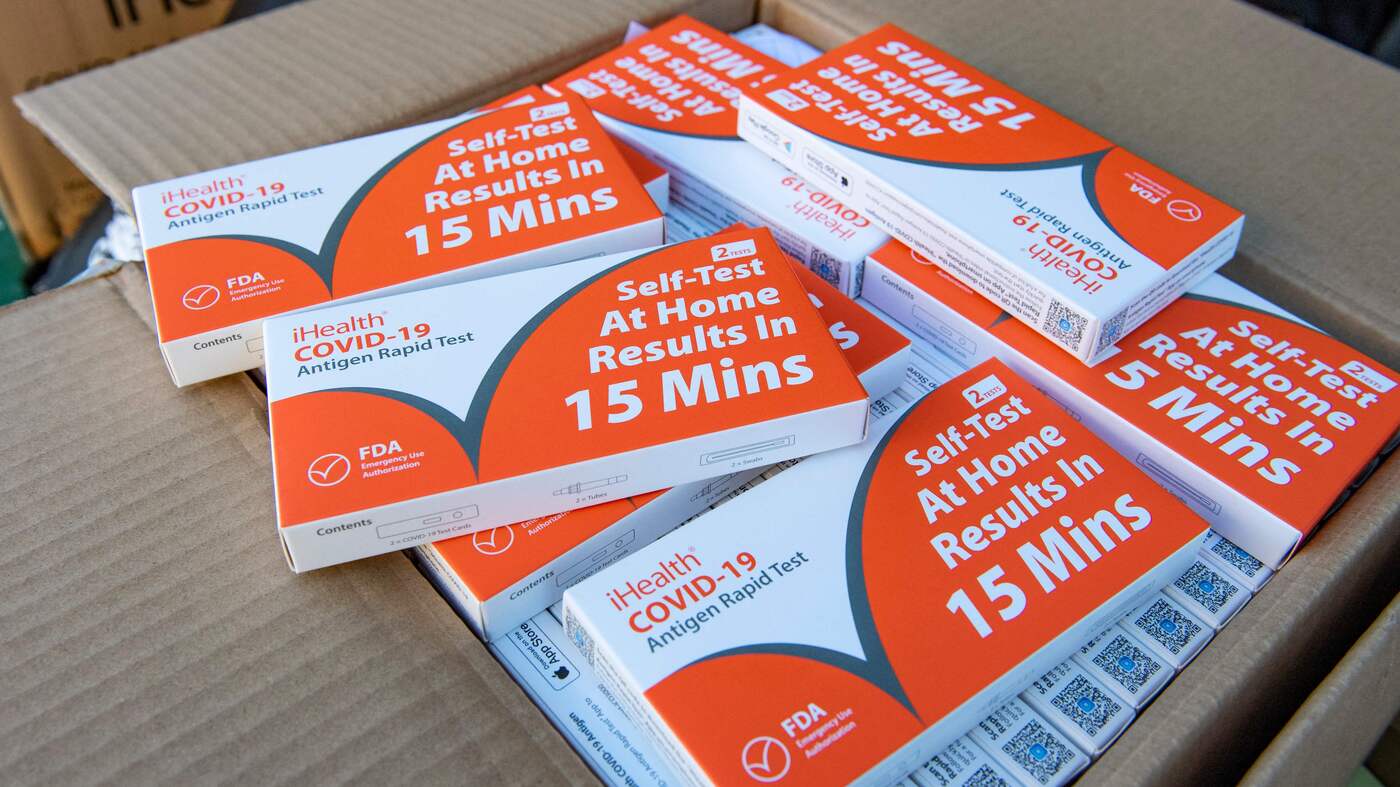 Shown above are rapid at-home COVID-19 test kits ready to be distributed by the GreenRoots environmental protection organization and Chelsea Community Connections in Chelsea, Massachusetts.

Shown above are rapid at-home COVID-19 test kits ready to be distributed by the GreenRoots environmental protection organization and Chelsea Community Connections in Chelsea, Massachusetts.

If you live in New Hampshire and are having trouble getting an at-home rapid COVID-19 test, you might soon find them among the bottles at state-run liquor stores.

The governor said he expects the at-home tests to be available at liquor stores within the next two weeks.

“We will buy them for a certain price. We will put them on the shelves and sell them for that exact same price, approximately in the $13 range,” Sununu said during a news conference this week.

We expect they’ll hit shelves within the next 2 weeks. In addition to tax-free liquor and lottery tickets, you’ll be able to grab a tax-free test! pic.twitter.com/4NTvgG4oJE

The governor said federal dollars were used to secure the tests, which will be available for individuals to purchase in roughly 80 stores across the state.

Given the demand for at-home COVID tests, Sununu said New Hampshire made the move to purchase the test kits to help meet the high demand for residents.

“We [also] know that a lot of folks in New Hampshire might try to get some at stores. And we know that demand is still going to be there,” he added.

Orders for up to four tests per household can be placed online. The administration also set up a phone number so those without access to computers or high-speed internet can order their free tests.

Details of the website were announced a day after President Joe Biden said the administration would purchase an additional 500 million at-home COVID tests for Americans — adding on to his plans detailed last month to order 500 million tests.

The tests should arrive in homes starting in late January.