‘The importance of magazines or any intellectual space, whether online or print, is crucial in the development of the outside-the-classroom historical learning of young Filipinos’

A few days ago, a tweet by singer-actress Nadine Lustre sparked controversy about the state of teaching history in the Philippines. How topics about Philippine history are repeated in grade levels, how counterproductive this is, and how it’s a “waste of time.” Educator Michael Anjielo Tabuyan has discussed the issue and how the teaching of history has been fated to this kind of misfortune. But what I would like to highlight here is a distant reinforcement to Tabuyan’s thoughts.

While his discussion was focused on curriculum and classroom teaching, I also find a misgiving about the state of historical discourse in the public sphere. Outside the classroom, conversations on topics about Philippine history could also be enjoyed through the initiative of “public history.” Unlike traditional academic history, public history conveys historical knowledge beyond the walls of the academe and is intended for a general audience. The national and local museums under the National Historical Commission of the Philippines and the National Museum are a source of public history. But what is lacking in the Philippines are writing spaces for academic and public historians: intellectual spaces for historians – both in print and online – where they can voice out their new research that could, perhaps, stir discussions and pique curiosities. There’s nothing wrong with debating historical facts and opinions, as it is a common practice of developing critical thinking skills and infusing advanced historical consciousness in readers. Filipino historians then were fond of these. In the 1960s to 1980s, these intellectual exchanges among historians were called “History Wars.” Nowadays, historians either get trolled or libeled.

Speaking of intellectual writing spaces, in the West, they have great platforms that propagate historical and cultural ideas for all ages. For instance, in the United States, they have The Atlantic, Jacobin, and The New Yorker. In Europe, they have two famous progressive magazine journals like the London Review of Books and the New Left Review. Apart from the print issues, they have already adapted online publishing. The Philippines, from the 1960s until the 1980s, has also enjoyed these kinds of spaces. Students and the Filipino literati benefitted from F. Sionil José’s Solidarity, The Manila Times’s Progress, the Weekly Graphic, and many more. These journals, monographs, and magazines carried historical and critical articles that stimulated debate, discussion, and intellectual exchanges. These monographs also supplied weekly to monthly book reviews about newly published Filipiniana.

Historian Lisandro Claudio attempted to have this kind of space when he founded The Manila Review in 2012. It had wide-readership from students (including myself, a history undergraduate then), young and old scholars, and some Filipinologists overseas. The issues include articles from leading historians and writers discussing Philippine history, culture, society, and politics like Resil Mojares, Patricio Abinales, Clinton Palanca, Caroline Hau, Nicole CuUnjieng Aboitiz, Vicente Rafael, and Nicole Curato, among others. Unfortunately, the Manila Review stopped printing after six issues.

Historical thought pieces are scarce nowadays and limited only in opinion columns and once-in-a-blue-moon feature articles.

The problem is that the Philippines also lacks public historians. While traditional academic historians focus on researching and publishing history in demanding refereed journals, public historians are the bridge to convey the academic historian’s “highly technical” ideas and concepts for the general public, especially for students. Historians Ambeth Ocampo and Michael Charleston “Xiao” Chua have been carrying the burden of public history for more than a decade. Now, we have young historians who try podcasting with PODKAS. Another obstacle is the many self-proclaimed historians, dubious ones without proper historiographic training, who plague various social media platforms, from Facebook to YouTube. Sadly, sometimes they are more patronized than our genuine public historians. 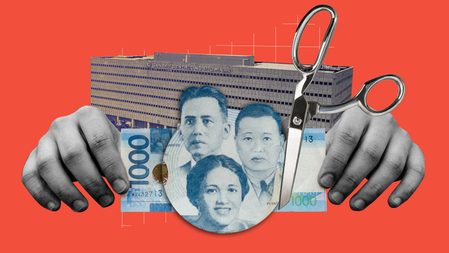 Apart from suggested reforms in the curriculum and radical changes in the educational system in the Philippines, the importance of magazines or any intellectual space, whether online or print, is crucial in the development of the outside-the-classroom historical learning of young Filipinos. Not only will these spaces shape the public discussion, but they will also raise the level of discourse.

I don’t believe the idea that Filipinos are not readers. We just lack the spaces where historians could connect with the public, and the public doesn’t know where to access easy-to-read historical information. The new year could be a good start to establishing these spaces for history. This initiative will benefit academics and pundits alike, and, more importantly, the future generation. – Rappler.com

Luis Zuriel P. Domingo teaches history at the University of the Philippines Baguio. His research interests include the history of nationalism in Southeast Asia and Philippine historiography. He is also on Twitter @domingozuriel.