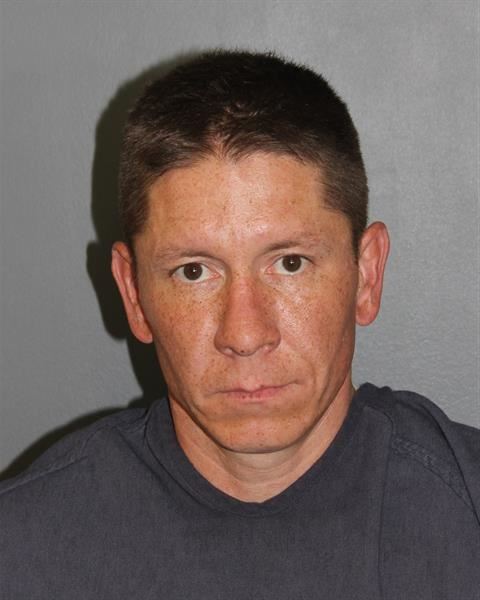 PUEBLO WEST, Colo. — Pueblo County Sheriff’s deputies, with help from the Colorado State Patrol, arrested a 40-year-old Erik Hannula peacefully Thursday night time after a short crime spree wherein he allegedly stole objects from a ironmongery store, menaced two males after which barricaded himself within the storage of a Pueblo West house.

Deputies responded to a name at 7 p.m. of a man who took instruments from Huge R with out paying for them. Whereas deputies had been en path to the decision, they had been notified {that a} man who had witnessed the shoplifting, situated the suspect, in a area close to Industrial and Enterprise. The witness mentioned he confronted Hannula and Hannula pulled out a knife and threatened him with it. The witness mentioned he then took out a handgun and Hannula took off working northeast by a area.

In keeping with the Pueblo County Sheriff’s Workplace, Hannula bumped into the hooked up storage of a house within the 300 block of E. Longmont Drive and barricaded himself inside. The residents within the house had been in a position to get out safely. Deputies then gave Hannula a number of verbal instructions to return out of the storage, however he refused.

Deputies allegedly appeared by a window and noticed Hannula hiding underneath a bench. Deputies, together with a Colorado State Patrol Trooper, entered the storage and shortly apprehended Hannula, and took him into custody with out incident. A knife was recovered.

Whereas investigating the incident, deputies realized Hannula additionally had threatened one other man as he
was leaving Huge R.

“I commend the deputies for their quick thinking and decisive actions to peacefully take this
armed suspect into custody,” mentioned Pueblo County Sheriff Kirk M. Taylor.

Hannula was arrested for 2 counts of felony menacing, theft, and first-degree felony trespass.
He has been booked into the Pueblo County Jail.